I’ve huge concerns about where Galway football is going. There’s competition coming in from all angles and when you think about the symptoms of our downfall coming together, it’s worrying. We won the Connacht football championship last year but we haven’t been challenging for success in the way we should be. I appreciate that no team can stay at the top table all the time but we haven’t even been close. The conveyor belt within Galway is slowing down and that’s a point I want to build on.

First off, you have to look at what’s happening in the county. The big one is this: Connacht rugby. Galway city always had a heavy soccer presence but now on a Saturday night in Galway when there’s a Pro12 or Champions Cup game, there’s a buzz about the place. Connacht rugby flags are hanging everywhere all over the city and all of the businesses want to be seen to be supporting it. It’s the in-thing in the city, and has been for the past few years now. I am a Connacht fan and have huge admiration and respect for what they have done as an organisation, especially when you think back to when there was talk of the province not getting the backing it needed.

The IRFU are hoping to bring the Rugby World Cup to Ireland in 2023, and imagine the excitement it will create around the place if Pearse Stadium is hosting games or if some major teams are based in Galway. The IRFU have a few years to get this marketed properly, and no doubt they will, judging by their bidding advert.  As I have said, I am a rugby fan myself, I go to most of the Ireland internationals games. The physicality of the game appeals to me, so too do the tactics. So while it would be great to the see the Rugby World Cup coming, I’m worried about a legacy of damage to the GAA here. Imagine if the All Blacks were to come to Galway. How many youngsters would be swayed into playing the oval ball game? Think down through the years, how the young Irish were influenced by Big Jack’s Army or simply by watching the Premier League. I even went out taking penalties with my brother after Packie Bonner’s heroics against Romania’s Daniel Timofte in the penalty shoot-out at Italia ’90. If the GAA, and in particular Galway GAA, had their player developments in order, this wouldn’t be much of a problem. But look at the issues in varying areas. 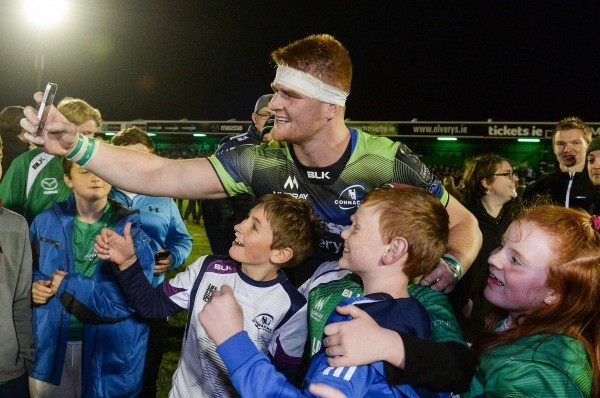 Firstly, Corofin have taken over and have won eight county titles since 2006. They’re a big parish but they’re a tight-knit group and they are doing things the right way. I know that they set up their gym groups in a way that experienced players bring on the young lads. So Gary Sice, or Kieran Fitzgerald, for example, would be in a gym group with an up-and-coming senior player to show him the ropes and also to ensure that he sees the effort that these lads are putting in to remain at the top level— that’s a fantastic way of safeguarding the future for Corofin player development.

Other clubs within Galway have to reach that benchmark and, in order to do this, they need help from the county board where they can avail of coaches or coaching plans. You definitely would have fingers left over if you were to count how many clubs have proper training facilities, such as proper flood light pitches and access to a gym. I know people will say there are coaching plans in place, but they are not being implemented in a way that benefits all our clubs at all levels. There are too many other clubs within Galway that are not producing players the way they used to over the years. Clubs such as Milltown, Dunmore, Killererin, Carraroe, Glenamaddy, Mountbellew-Moylough, Caltra and Tuam Stars - who have won 25 county titles but none since 1994 - aren’t offering a supply line.

Then look at the schools, this is another worrying factor for Galway Football. Two Sligo college teams contested the final of the Connacht Colleges Championship: Summerhill College beating St Attracta’s of Tubbercurry 1-12 to 0-13. St Jarlath’s haven’t won a Connacht title since 2012 and they’re not churning out great footballers like they used to. Ja Fallon, Michael Donnellan, John Divilly, Declan Meehan, Tomás Meehan, Michael Meehan, Kieran Fitzgerald and Tommie Joyce are just some of the great players that have come through the school and contributed so much to Galway football.

St Jarlath’s merged forces with their fierce rivals St Pat’s Tuam, formerly known as the CBS (where Derek Savage came through) a few years ago, so you would think that this would make them a serious force - a bigger catchment area for students and more importantly footballers. Well it hasn’t for some reason or other.

St Mary’s College in Galway always produced great players too, but this college is predominantly soccer. I know there are many other secondary schools in Galway that need help to develop the talent in their school. I understand most teachers don’t want to stay back after 4pm to train teams but this is where the county board must come in. To help out with coaches, and train teachers to become coaches so they will develop these players. 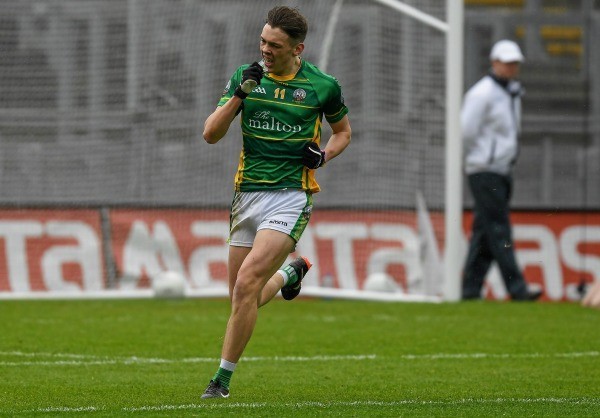 Next thing then is when all our players come through secondary school and go off to college. Too many of them are heading over the M6 to Dublin and that’s a problem in more ways than one. It’s tougher to develop players when they spend most of the week at the other side of the country, especially compared with the Dubs whose players all live nearby. Another issue is that no Galway team has won the Sigerson Cup since NUIG in 2003 - with the college only appearing in one other final since also winning it in 1992. Contrast this with Dublin teams who have won it in four of the past five seasons.

Look at Kerry and the huge effort they have put into developing underage talent within the county. After St Brendan’s of Killarney won the Hogan Cup in 1992 - beating Jarlath’s - a Kerry college didn’t win it again until Colaiste Na Sceilge of Caherciveen in 2009. Then Eamonn Fitzmaurice guided Pobalscoil Chorca Dhuibhne to the summit in 2014 and 2015, while this year St Brendan’s did it again - inspired by David Clifford. That’s three Hogan Cups in-a-row and it is no coincidence that the Kingdom have won the last three All-Ireland minor titles - with their previous one before that coming in 1994 against Galway.

I think it’s high time that Galway GAA put together some sort of a partnership with colleges in the county. Scholarships or other incentives to keep our players local so that we can better develop them. Be that minors and Under-21s, just so we can work with them at a crucial stage of their development. It’s up to the clubs, colleges and the county board to get their act together. To develop players better, to market GAA in a way that will stem the flow to other sports. If we in Galway can get some of these factors sorted out, then Kevin Walsh’s job as senior football manager will be made a little easier. And of course, I appreciate that the scenarios I have explained above can be applied to most footballing counties around the country.

On a separate note, the recent financial troubles of ex-Ireland soccer international Steven Staunton has got me thinking about how many GAA players are at risk. So many of the current crop live a cocooned life where everything is taken care of for them, and all they have to do is show up for training and bring their boots. As many players from my generation have found out, life can hit you hard afterwards. During the recession I have seen footballers that I played with and against get into financial trouble and these were men who weren’t afraid of work.

I look at young men now and in order to facilitate their inter-county careers they go off and take handy jobs and some even career breaks to concentrate on their training, but what are they going to do when they retire? That’s a big concern and an issue for another day. Once the mollycoddling ends, real life can be hard.