We've announced the 2016 AIB Provincial Club Players of the year

A total of eleven camogie, football and hurling stars were honoured today in Croke Park for their performances with their clubs. AIB, proud sponsor of both the GAA and Camogie Club Championships invited the players, their friends, family, GAA and Camogie representatives to celebrate their achievements at the annual AIB Provincial Club Player Awards. Voted for by national and regional sports media, the winning players were selected based on their overall performance throughout the 2016 provincial club season.

Sarfield’s own Orlaith McGrath was the first star to receive her accolade at the ceremony hosted by GAA broadcasting legend Des Cahill. McGrath took away the AIB Connacht Camogie Club award having been a leading light all season for Sarsfields along with her sisters Niamh and Clodagh.

The AIB Leinster Camogie Club gong went to Shelly Farrell of Thomastown GAA club. Only months after her goal helped Kilkenny to the first camogie All-Ireland title in 22 years, Farrell helped to dig her club out of a serious hole in the Leinster final. Trailing St Vincent's by five points, Farrell was instrumental in turning Thomastown around to beat their Dublin rivals and ultimately earn herself player of the match award.

Burgess-Duharra stalwart, Eimear McDonnell scooped the AIB Munster Camogie Club Player of the Year award thanks to her performances for the Tipperary side in 2016. McDonnell is a vital cog in the Burgess-Duharra machine and well deserving of the award.

The AIB Ulster Camogie Club award went to Aoife Ni Chaiside of Slaughtneil. Ni Chaiside was a force in the half-back line for Slaughtneil throughout their successful provincial run playing her part to make history for the Derry club as they went on to win Ulster titles in all three codes.

In football, Corofin’s Ian Burke was named AIB Connacht Club Footballer of the Year. The Galway sharpshooter scored a brace of points for Corofin as they beat Salthill-Knocknacarra in the county finale and he continued his excellent form through to the provincial final.

Diarmuid Connolly has won it all and adds another notch to his belt with this nomination for AIB Leinster Club Footballer of the Year. The four-time All-Ireland winner at inter-county level is now chasing his third at club level. Arguably their biggest test so far was the Dublin semi-final against Ballymun Kickhams when Connolly hit four points despite the close attentions of John Small.

The AIB Munster Club Football award went to Dr Croke’s Daithi Casey. All-Ireland Under-21 winner Casey has stepped up this year and his penalty against Kilmurry-Ibrickane in the Munster quarter-final was key. To follow that up in the Munster final with a hat-trick to sink The Nire showed his class — breaking the Waterford side early and sending his Kerry team through to the AIB GAA Club Championship semis.

The AIB Ulster Club Football award went to Slaughtneil dual star, Chris McKaigue. McKaigue has been the driving force for Slaughtneil for a number of years now, and very much so in both codes as the small parish completed an amazing men’s doubles — the camogie side also adding to the glory. 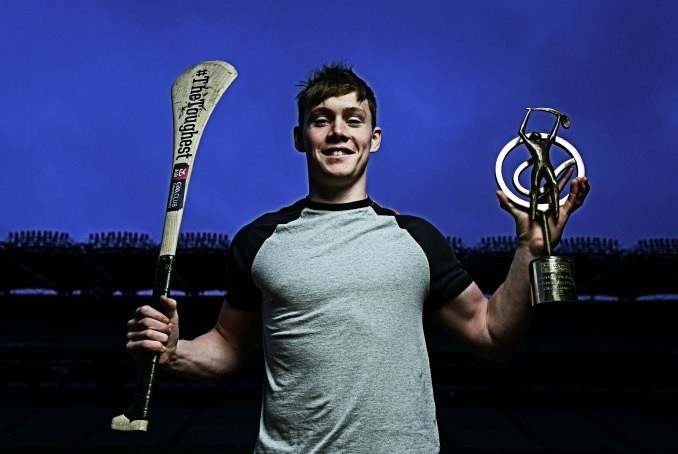 Ballyea’s Tony Kelly walked away with the AIB Munster Club Hurler of the Year having helped rescue his team from an almost impossible situation in the Munster championship. Ballyea stormed back from a seven point deficit to beat Thurles Sarsfields in extra time, Kelly was pivotal in the game when it needed to be won. They then went on to make history by landing their very first AIB Munster Senior Hurling Club crown against Cork’s Glen Rovers.

The third winner of the day from Slaughtneil was Cormac O’ Doherty who took the AIB Ulster Hurling Club award. Dual player O’Doherty hit 1-09 to clinch the Ulster hurling title for Slaughtneil and make history for the Derry club.

Speaking at the AIB GAA Provincial Club Player Awards, Denis O’Callaghan, AIB Head of Retail Banking said “AIB are delighted to honour some of the country’s greatest club camogie, football and hurling stars at our annual club player awards. There have already been many historic moments in this year’s AIB Club Championship, and I think everyone is looking forward to all the up and coming semi-finals and of course the Finals in Croke Park in March”.

Denis continued “I would like to take this opportunity to thank the national and regional sports media for taking the time to cast their votes and for their continued support for the AIB GAA Club Championships.”

The Camogie Association President Catherine Neary added: “I am very much looking forward to the final matches in the 2016 AIB All-Ireland Club Championships when our Senior & Intermediate Finals take place in Croke Park on March 5th in what has been was another fantastic season of Club Camogie action.

Today is a great opportunity to honour some of the top performers in the AIB Club Championships and to recognise the great skill and dedication which they have shown this year. To represent your club and your parish is a huge honour for any player and l would like to take this opportunity to congratulate them all and to thank AIB for their continued support in highlighting such fabulous role models for all young Camogie players.”

Uachtarán Chumann Lúthchleas Gael Aogán Ó Fearghaíl added: “2016 was another fantastic year for our clubs and our AIB club championships and that outlook is exemplified in the presence of the cream of our club talent here today.

“Nothing surpasses the sense of achievement of winning with your own and while many of these players have competed at county level there something unique and special accompanying what they have done in their respective campaigns. I congratulate and laud them all and I also acknowledge the role of AIB in helping to shine a light on on-field GAA excellence all year around.”

*No award for Connacht given automatic qualification