The science of goalkeeping with Mark Cooney

I can see what Stephen O’Keeffe is thinking. The reason I know is because I definitely know what Anthony Nash is thinking. Same as ever: he wants a goal.

It’s June 2014, the day that penalties will change forever. The Cork goalkeeper has been lifting the ball at the ’21, hot-stepping in after it, and blasting balls to the net for a couple of seasons now.

He did it for the first time in championship against Wexford in 2012, and had the country gripped with his thunderbolts against Clare in the All-Ireland finals a season later.

Waterford thought this day would come, and we practiced for it. It’s well-worn cliche that goalkeepers are a bit touched, have a little bit of madness in them. That’s probably true in a sense, but to be good, you have to be a calculated individual too. Myself, Stephen and our other goalkeeper that day, Ian O’Regan, knew a Nash rasper could well happen.

So after Liam Lawlor pulled down Pa Cronin in the first half of our replayed Munster clash, it was game on. “Here we go,” I was thinking. “Here we effin’ go now!” I knew the adrenaline was pumping through Stephen’s veins, empowering him to dash off the line and put his body on the line. We’re talking about a ball coming at you, and you meeting it at point-blank range, at 150kph. It’s daft, but it’s pre-meditated — how a goalie should be.

“Oh this is it,” was the feeling as Nash jabbed it up, and I’m telling you, it was nothing but elation when Sokky stopped it. We were confident that we had the work done, but the feeling was just amazing. You can get your puckouts right and that’s great, but something like this is on another level.

If you’d told me five years ago that I’d be a goalkeeping coach, never mind with Waterford, I wouldn’t have believed you. I started off coaching development squads, and then Andy Moloney brought me onto the backroom team with the Waterford camogie side in 2010, before taking over myself when the opportunity came and winning a junior All-Ireland in 2012.

I then helped out Derek McGrath with De La Salle and once he got the call for the senior county job, I stayed with him and am now working with the netminders. Myself and Derek have known each other for a long time and the relationship works; we’re very much in sync with each other.

I was never actually a ‘keeper myself, though I always had a keen interest in the position and its evolution, and that’s where my path has led me to today. It’s such a specialist position now and the training has changed so much over the years. Back in the day, the number ones did all the same work as the outfield players until the in-house matches, when a couple of lads went into the nets and the better performer got the jersey.

With the evolution of the game and preparation, it’s gone so position-specific now and ‘keepers have their own programmes. They work on their speed, agility, power, skill, coming off the line, hand-eye co-ordination, striking and distribution, and footwork.

It makes sense to take them aside, because they’re also the one player on the team who can largely stand there unchallenged and hit the ball 20 to 30 times in a game. When used correctly, they can be a huge part of what you’re trying to do.

I was asked to name my favourite goalkeeper of all time but I really couldn’t. Joe Quaid, Davy Fitz, Damien Fitzhenry, Donal Og, Brendan Cummins, they were all exceptional, and helped bring the art to where it is today. Now you have the likes of Eoin Murphy, Darren Gleeson, Stephen and Nash, among others. All brilliant. 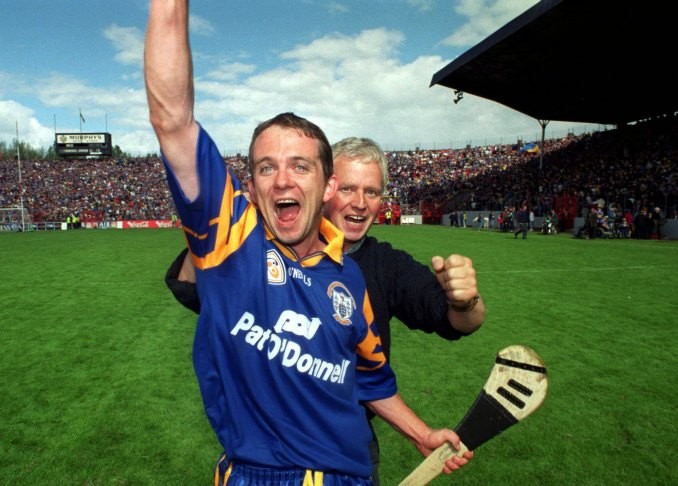 They all do it their own way but I wouldn’t say there are different styles. Some do like to come out off their line during play and call the shots and organise their team, which is certainly a little different from the golden oldie days when they mainly stayed on the line. This vintage like to be involved an awful lot more.

The puckouts are a big thing, of course they are. They’re talked about so much and a huge part of becoming successful is backing yourself. The self-belief required to take risks and varying your restarts is huge, because they will go wrong from time to time. It’s part of it though, that’s life as a goalkeeper.

We’re talking about repetition, repetition, repetition. Endless hours of practice on puckouts, just as a free-taker does at the other end of the field. It’s a tough station, there’s no point in saying otherwise. You need an ability to be able to rise above your faults, to have the mental strength, and show an honest workmate. Just as you do in life.

Get the small things right, and hopefully you will progress to moments where we’re all thinking “oh, this is it!”.