Who is the toughest player that Patrick McBrearty has ever faced?The Kilcar clubman tells us that and names the biggest influences on his career.Not only that, but the Donegal hotshot reveals the best speech he’s ever heard in a dressing-room, among other things.

Who has been your toughest opponent and why?
Keith Higgins. I base my game around beating a man to the ball but it’s not easy with Keith who is very fast.


Team you most like to beat?
Any time you can beat Dublin is good. Tyrone and Monaghan in our own province too, it’s always nice to win against them.


Proudest day?
Winning the All-Ireland in 2012. It doesn’t get any better.


Who has been the biggest influence on your career?
My mother and father, without doubt. Very supportive of me playing since I was four or five, they have been there throughout.


From any era, if you could transfer any one player to your county — who and why?
Lee Keegan. He’s probably the best I’ve ever played against, and he’s been a thorn in our side every time. Pure athleticism, runs all day, scores, and a man-marker too. 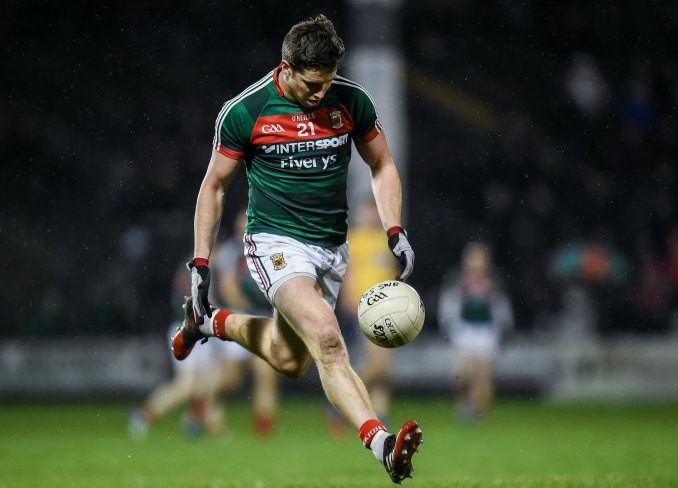 Have you seen any tactical developments in recent seasons — what's caught your eye?
The way teams are breaking down the blanket. Dublin used to struggle and now they cope with it. Teams make the blanket work more, and are more economical with the ball.


What has been your biggest disappointment of your career?
All-Ireland final 2014. We beat Dublin and then everyone was hyping us up, so to lose to Kerry was devastating.


Which player has impressed you this year so far, from any team?
Jack McCarron from Monaghan. Conor McManus is one of the best forwards around, he’s Monaghan’s main man, so now Jack gives them something extra now upfront and takes the pressure off McManus.


Who has given your team the most memorable motivational speech ever — from inside or outside the camp?
Michael Murphy’s speech before Dublin 2014 is ingrained in my head. Such a big game and his words leading up to it were huge. Along the lines of “no one expects us to win… we have a plan, let’s execute it.”


What's the toughest training camp you have ever done?
We went to Johnstown House in 2012 before the Ulster semi-final. Four or five days, a few where we didn’t see a football. It was pretty intense.


Who is the joker on the panel?
It used to be Eamon McGee, so it’s a bit more quiet at the minute because a lot of the young lads are afraid to speak. Maybe Neil McGee, taking over from his brother.


Who is the best trainer?
Paddy McGrath, without doubt. Puts his all into every drill, every run. Number one for six or seven years.

Who is the best dressed?
Karl Lacey, sees himself as a style icon.

What player from another sport do you most admire?
Roger Federer, he keeps winning. Doesn’t sweat either which is amazing.

What manager from another sport do you admire?
Bill Belichick.