Probably Neil McGee. Simply because he's strong in all aspects of the game: he's deceptively fast, his anticipation of the ball, hard to push off the ball and decent in the air. All-around, he's a good match for myself physically and other aspects. Even training with him for Ireland, he's tough to get a few yards on.

Oh Jesus! Hmm, it would have to be Castlebar Mitchels. They've had the Indian sign over us recently and they're our local rivals. We've been knocking around the latter stages of the club championship in recent years and unfortunately they've had the better of it. When we do beat them, it's a good day.

(Blows out his cheeks and laughs) Ah one of my proudest days, because it is fresh in my mind and the occasion it was, was probably the Tyrone game [All-Ireland quarter-final 2016]. There was a lot of pressure personally and collectively.

You did a soccer-style drag back that day?

Flicked it to the left and chipped it... yeah. 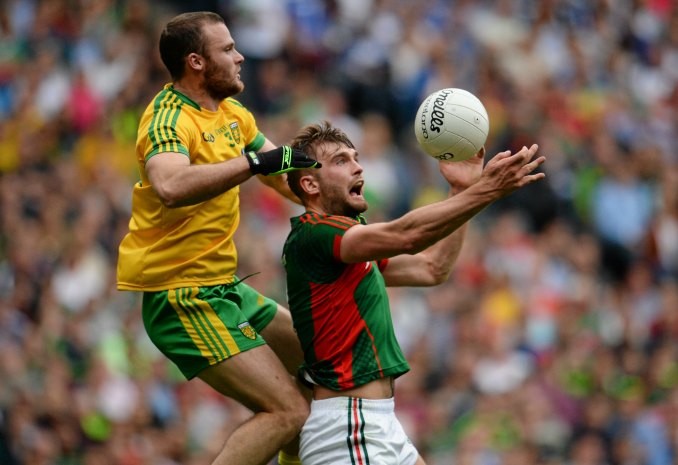 My family in general. My brothers and my dad, football has always been in our house, out the back.

I would have a slight bias and go with Mike Frank Russell. An out-and-out scorer, goes about his business quietly, a serious finisher.

Nothing outside of the... I suppose depending on the opposition, it's probably based more on defence than attack for most teams. Some teams have different sweeper systems, technical differences, but otherwise it's more handpassing, the same stuff and lots of men behind the ball. Nothing huge has jumped out.

Well losing three All-Ireland finals would be up there!

Which player has impressed you so far this year, from any team?

Standout player I think would be Gavin Doogan of Monaghan, he's been a real find. I saw him play in the first round of the league and he's excellent: his scores and work-rate. A modern-day forward.

I'll go with Tony Scullion's during the captain's run in the middle of Patersons Stadium in Perth before the game against the Aussies Rules boys, who he slagged off a million times.

Belmullet under James Horan in 2013. It was in the middle of my exams, dogmatic stuff.

Barry Moran. He's been out injured for most of the league but he's announced his return simply with his presence in recent weeks. He never turns off. I roomed with him recently and he's mental, great craic.

Stevie Coen. Your typical model professional, solid as a rock.

Jesus there's some dodgy dressers in our place! I'll give the best dressed to my roommate (on the team holiday) in South Africa, David Drake. 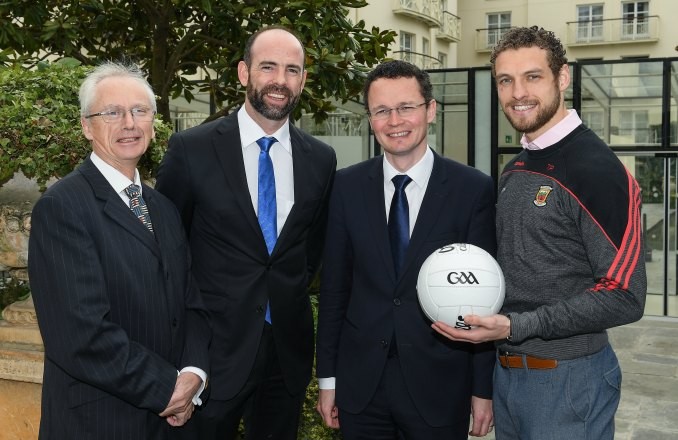 Definitely Cillian O'Connnor. He's very cute about his media attention. Never tells anyone and then he appears in the paper or social media, so I'll give it to Cillian.

Cillian is probably the biggest ladies' man at the moment, a few pictures flying around.

Steph Curry, basketballer. Followed him since he was in Davidson College. I think it was my transition year in school when March Madness was on and I was watching him play. This fella was taking the NCAA tournament by storm and I've been following him since.

What manager from another sport do you admire?
Bill Belichick.