THEY have no need for ice-baths in Kilcar. On post-championship Mondays all their footballers have to do to loosen out the lactic acid is stroll down to the beach and walk straight out into the Atlantic Ocean.

“Aye, no need for a pool, our recovery is done in the sea, it’s handy that way!” says Ryan McHugh. “There’s a load of beaches around us like Muckross and Portahown. There’s three beaches in Kilcar, another in Killybegs and one in Glen’ (Glencolumkille),” he explains.

Being situated in such a scenic spot in South West Donegal, not far from the awe-inspiring sea cliffs at Slieve League, can, however, have its drawbacks.

“There’s always a breeze coming off it (the ocean). If you kick it wrong it can go into the sea - we lose a lot of footballs to it!” grins 23-year-old McHugh, the 2014 GAA/GPA Young Footballer of the Year and ultra-versatile 2016 All-Star.

CLG Chill Chartha may have a glorious, expansive view of sea and sky but it is a very tightly-knit community which explains why this year’s Donegal SFC title, their first in 24 years, caused such an outpouring of joy. McHugh’s dad and local football legend Martin was born there. Ryan’s late grandparents lived “10 seconds up the road” and his mum is from nearby Killybegs. His teammates include his older brother Mark and their first cousin Eoin whose father, like their own, was part of Donegal’s first All-Ireland winning team in 1992.

“The last time we won the county was 1993. I wasn’t born and Mark was only three and a half. Our Dad and our Uncle James were playing and my other uncle Enda was also playing full-back then. It was a real family affair,” he explains.

Current corner-back Pauric Carr is another first-cousin. His brother Steven also plays and the team is littered with siblings, led by another pair of inter-county stars in Paddy and Stephen McBrearty as well as Matthew and Andy McClean, Eamonn and Ciaran McGinley and Barry and Stephen Shovlin.

“But the way football’s gone now you feel that the man standing beside you is your brother anyway, especially in Kilcar when you know everyone so well,” McHugh sagely observes. 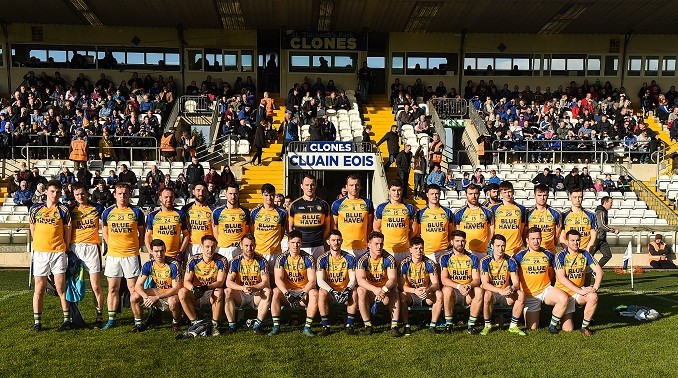 The town only has a population of 900 yet a crowd of 6,900 attended this year’s county final victory over Naomh Conaill of Glenties.

“When we were looking out on the pitch after the match I’d say the team knew 90% of the people out on it! People said they’d never seen the likes of it. I didn’t know there was as many people living away from the parish,” McHugh confesses.

So close are the ties that Kilcar, remarkably, has managed to hold tight to its young men despite the recent recession. McHugh did a business degree in UUJ but his first job has taken him right back to the heart of the community. He works for a company called OGT that is not only rooted in the local landscape and GAA club but has a fascinating connection to some of the biggest sports clubs in the world.

OGT (Oilean Glas Teoranta) is the brainchild of a local entrepreneur who has tapped into the valuable and sustainable local ecology.
The company extracts minerals from seaweed to create grass fertiliser for golf courses and playing fields and it also has a plant in Spain.

“The owner Declan Gallagher was chairman of the club last year and employs six of the team,” McHugh explains. “We sell to the biggest golf clubs in America and the biggest soccer teams, like Real Madrid, Atletico Madrid and Arsenal. It’s great to think a company in Kilcar can improve Cristiano Ronaldo’s playing career….I’m trying to work on some tickets!” he chuckles.

“There’s a lot of work around Kilcar, a lot of factories that employ local people and we’ve only lost two or three players to emigration so we’ve been very lucky.”

Barry Doherty who played for them as recently as 2011, manages the team whose 2017 county title was no fluke.Last year was probably the ‘breakthrough season’ as their talented current crop reached, but lost, their first senior final.

“We lost by a Michael Murphy point but, in fairness, Glenswilly were winning the whole game,” he recalls.

“But Kilcar have been building the last few years. We’ve won three of the last four leagues and I’ve three (county) U21 and two minors. There’s a lot of underage work been done in the club so we’ve a good core of players now and a fair few of us have gone on to play for Donegal.

“We lost a lot of semi-finals in the past 24 years. A lot of people were saying Kilcar couldn’t bridge the gap so to get to that final last year was a huge thing.” 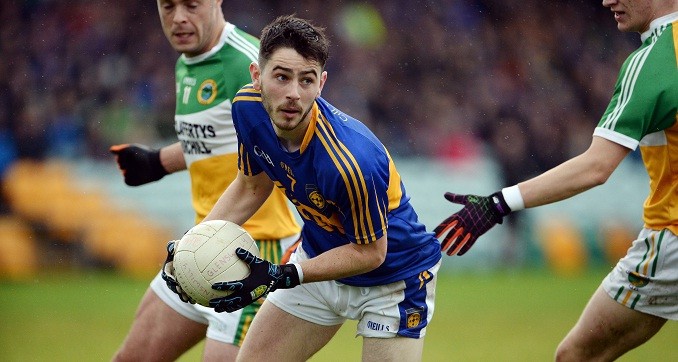 This season didn’t end just with their first senior championship title since 1993. A week later they beat Dungloe to add the county league title - the club’s first double - and Kilcar’s reserves also won their league. They may have made it look easy at times but McHugh says otherwise and his mind, especially, goes back to beating Gweedore back in May. “They were three up with seven or eight minutes to go and we beat them by three points. That was a big match for us.”

The Donegal senior championships, he points out, is living proof of AIB’s #TheToughest slogan.In the last 20 years only two clubs have managed to put back-to-back titles together: St Eunan’s, Letterkenny (three in-a-row from 2007-2009) and Aodh Ruadh, Ballyshannon (1997-98). That will be Kilcar’s big challenge in 2018 but for now they’re still making memories and, for McHugh, this year’s title was just rewards for some of his older teammates who had worked so hard for so long with such little return.

“There’s boys there that soldiered for the club for years, like (former county star) Michael Hegarty and Conor McShane.

“You’d definitely think of people like them but this one was for the whole club in general because it’s been such a long time, and especially as we took it (final defeat) extremely bad last year.

“The boys have put a huge effort in for five or six years and everyone is so proud. There were people coming up to you afterwards crying. It was just a huge victory for the club in general.”