Pádraic Joyce: Exciting times for Galway football and there's life in the old dogs yet

I was talking to Tomás Ó Sé the other day and he’s delighted to have reached the AIB All-Ireland SFC club final with Nemo Rangers. Someone said to me that it’s a bad sign when a lad of nearly 40 years is getting man of the match in an AIB All-Ireland club semi-final but Tomás is no ordinary five-eight (for those not from the west, that means he’s not your normal type), as I told him.

I think it’s a great sign of how he has kept himself in such fantastic shape. It shows that leaving the inter-county scene doesn’t mean you’ll drop off.

Of course, it’s unusual to see a man with such a storied career for Kerry lining out in the AIB All-Ireland final for a Cork side, but he lives down there and has been working in Cork for years now and he’s part of Nemo Rangers. Tomás has a great relationship with Billy Morgan, they were both involved with UCC Sigerson. Billy told me at Tomás’ wedding over the Christmas before any semi-finals were played that whoever beats this Nemo team will have deserved the All-Ireland. These look like wise words now from a wise GAA man.

Their win over Slaughtneil was gutsy, and I very much felt the Cork side were going to be up against it, and it should be a great final now. In saying that, Nemo will have it all to do against Corofin, who came through a dour game against Moorefield. The red card to Martin Farragher was baffling and spoilt the game but thankfully Corofin went on to win and I would expect to see Martin cleared to play in the final. Corofin have good footballers who like to play the game in an expansive and pacy manner.

While Tomás is flying for Nemo, you have to look at veteran Kieran Fitzgerald who is flying at full-back for Corofin. He is in tremendous shape and has kept his hunger for the game at a really high level when it would have been easier to walk away last year. Kieran McGrath is another man who has battled through the years and through some serious injuries for the Corofin cause. 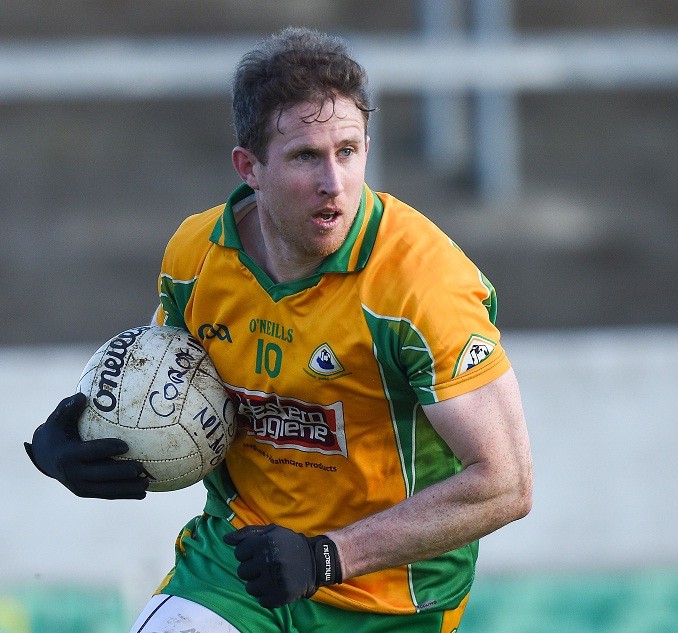 Corofin will look to keep the game open, and use the likes of Ian Burke, Gary Sice and Micheal Lundy in attack to go at Nemo’s defenders. They will need goals to beat Nemo and I just fancy them slightly to lift the Andy Merrigan trophy for a third time, and 20 years on from when they first lifted it in 1998.

On the county scene, there is no doubt that Shane Walsh is one of the most skilful players currently playing the sport of Gaelic football. He has pace, power, can kick with both feet, tremendous balance, is a good fielder but he needs to realise that he could aspire to be among the greats of GAA.
My first experience of the pacy forward was when I was down giving a talk at St Jarlath’s School several years ago, and he arrived in late. The reason for his delay was that he was out hitting frees with his left and right foot from the ground.

When I saw him last Sunday against Kerry knocking over a placed ball from a tight angle on the right-hand side, using his weaker left foot, you could see all the practice came to fruition. I haven’t seen anyone do that since Maurice Fitzgerald back in the 1997 final.

He just needs to grow into the role now and really kick into the next gear. He has all the attributes, so it’s all about how he applies himself. We’ve all seen the potential, but I’d like to see him being more clinical with his scoring and really finish teams off. We need to see Shane and Damien Comer carrying on their phenomenal start to the year right through the championship. Comer has been one of the best players on show in Division 1 this year; he has added so much to his game in the past year.

Galway have made a whirlwind start to life in the top tier: four games played and eight points, keeping company with Dublin at the top of the table. Many people had Galway as their favourites to get relegated straight away.

Kevin Walsh’s men are becoming a better defensive team, there’s no two ways about it, they haven’t yet conceded a goal. It’s all about a balance and I think the players are beginning to understand more what is needed by playing against the top teams. Galway are difficult to play against but now they are coming out with the ball at pace, rather than dallying on it by passing laterally.

So they’re evolving and having the speed of Comer, Eamonn Brannigan, Sean Kelly, Peter Cooke, Johnny Heaney and Walsh helps that hugely. Galway could always produce scoring forwards and we have that now again. We have Sean Armstrong, Micheal Daly — when he recovers from injury — and Ian Burke to add back into the mix, so competition for a place in the front six will be interesting.

To have four wins from four Allianz league games is great. The initial plan I’m sure had been to stay safe in the division. When you look back over the matches, it’s encouraging. Tyrone was a tight game and often this is where Galway have fallen down, but we eked it out after matching them physically. We attacked well against Donegal, and what impressed me then against Mayo was the players backing each other when things got physical late on. Yes, no one wants to see a skirmish, but the lads didn’t back down and were there for each other, which is always a sign of a strong spirit in the camp.

Going down to win in Kerry was mightily impressive too, and victory over Monaghan this Sunday means we can send out the second team against Dublin because we’ll be all-but assured of a league final! I am joking about that, before anyone loses their marbles. 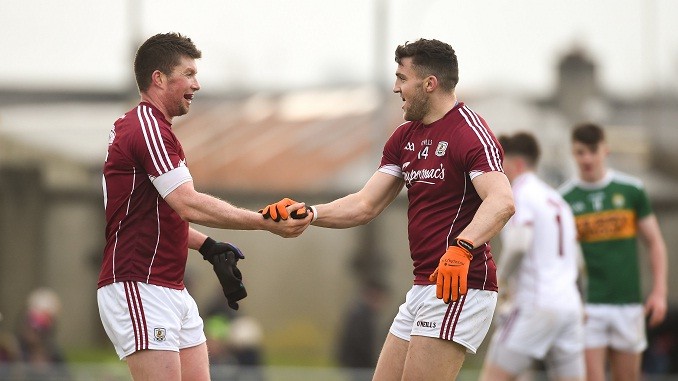 But, being serious, our best efforts might not be anywhere near good enough against the All-Ireland champions, who are going for four-in-a-row of Sam Maguires. The Dubs are on a different planet. Galway have just two Connacht titles in the bag and are still developing.

Our Under-21s lost to Dublin in the All-Ireland final last year and we’ve since brought in plenty of those players to take us to the next level. Sean Andy O'Ceallaigh has impressed me at full back, and so too has Peter Cooke in midfield. I think the latter is a fantastic ball-player and he will only get better as the year goes on and the championship comes into view. With Paul Conroy holding the midfield well, Cooke’s range of passing can come to the fore, and he could be one of the players of the championship for 2018.

Still, Galway have a long long way to go before we can be spoken about in the same breath as the Dubs, and contenders for the throne. For Galway, it will be all about the huge clash with Mayo in the Connacht championship. Lose and you have a long way back to the Super 8s; win, and you’re just two games away. Kevin Walsh will be delighted to get good results in the league but he knows it’s all about the summer.

Kerry looked very leggy against us, and I think Eamon Fitzmaurice’s squad have a lot of work to do before championship. The way Brannigan burned through their defence for his goal should worry them, because he left their defence for dead.