No ifs, no buts, only total faith

Not many inter-county stars retire with a poem, but then again, there’s only one Kieran Donaghy. Twelve years, four All-Ireland titles on the field, three All-Stars, and an autobiography. We thought we knew all we needed to know about the Star, but as it turns out, even in retirement there’s a surprise in him – a retirement poem. Explaining his venture into the arts, Kieran Donaghy described the process of writing. “I just wanted to make it a bit more personal and try to get through to the people of Kerry how much I enjoyed my time playing for Kerry and representing them. I tried to cover off all areas, first the dream, then realising it, the history of the jersey and of Kerry.” The poem epitomises Donaghy’s approach to life. Anything worth doing is worth doing right. He agonised over the writing of it, and the line about faith came from a little note from his grandmother in 2014, and now is carried with him everywhere in his wallet.

As a player who looked to still have so much to give, the question is, why decide to finish now? Like many greats, the decision to retire didn’t come easy, and life outside football played a part. “There was so much going on with my personal life with Hillary, my two girls and we’ve never been busier at work.” He acknowledges that he still could have a part to play, but this is where the fear of an elder statesman in football comes in, “I'm 36. Croke Park is an unforgiving place and maybe the fact that the game has gone so fast I would be afraid that I would cost us a game at some stage for not doing something. That fear was there.” An athlete who has given so much to his county also found other areas were neglected, namely his club and basketball, for which he has a real grá, “The last 3 years I played basketball over the winter months and joined the Kerry panel later on in the season and there’s not too many inter-county players that get to do that. I want to give a bit back to that and I want to give a year to my club too.” 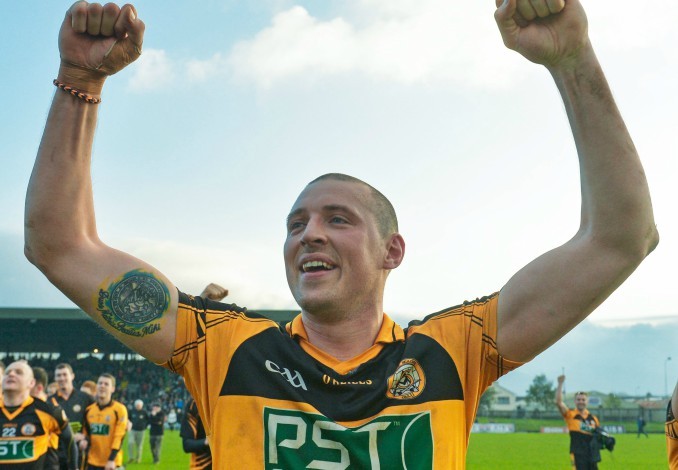 Donaghy can’t be accused of lacking a self-awareness. He knows he still brings something unique to Kerry football. One only has to remember his role in that great David Clifford goal in Clones earlier this summer. But he also knows that if he’s still there, he could be curtailing the future. “Do I want to be taking up the space while a young forward is developing or learning? We are going to be in a transition period for a few years, so we need to let these guys find their feet.”

His career doesn’t need to be chronicled here, but while Kerry’s fortunes haven’t been as rich as he would have hoped in recent years, Donaghy still had the time of his life in the green and gold. “The last 4 years have been great, and people might wonder why. I’ve been sent off, lost another All-Ireland final, lost another All-Ireland semi-final after replay, and we were knocked out this year, despite winning a game in Killarney. But after winning in 2014, I felt I could go on without any pressure and enjoy it.”

It hasn’t always been plain sailing of course. He has spent more time on the bench than he’d like but made sure he was a positive presence, even when it was hard to do so. “I was trying to set the example. I’ve seen players who have been dropped over the years, and they huff and puff.  I huffed at home and was annoyed enough to go to the gym the following morning or go for a run to get back onto the team.” Donaghy had an understanding of the toxicity of negativity. When dropped for the final in 2014, he smiled away at training, despite his disappointment. “I was very worried about how to handle it. My family were so excited for me, and I couldn’t tell them that I was dropped until the team announcement. I just wanted to play. I didn’t care whether I came on or off, so long as Kerry won and that’s how it has to be.” 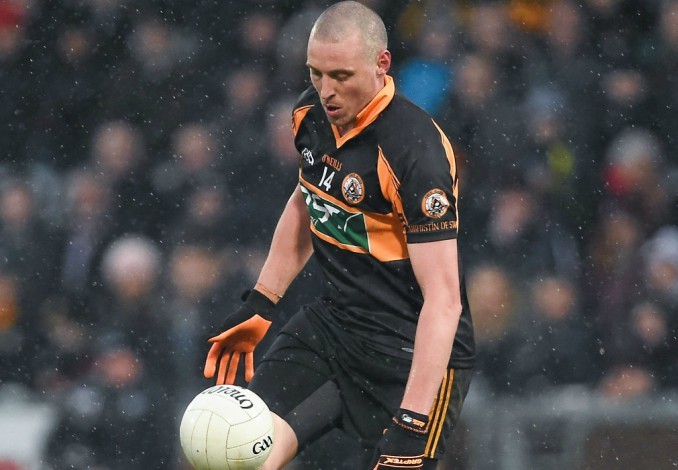 Since he’s so synonymous with the Kingdom, will the day come that the Star will become a guiding light and manage the team? He’s not saying no, but it won’t be any day soon. “It's a tricky one because I'm held in very high esteem by Kerry people. Having seen Eamonn Fitzmaurice and the pressure and the work that comes with it, and he had the summer off and I wouldn’t have that luxury. You're also taking on the possibility of it not working and going down in people’s estimation.”

His last line in his retirement poem is thus, “In the words of John B. I’m one lucky hoor.” With all he’s achieved, coupled with the work he’s put in, and all that he has yet to do, it’s easy to see that the Star made his own luck.Since he’s so synonymous with the Kingdom, will the day come that the Star will become a guiding light and manage the team? He’s not saying no, but it won’t be any day soon. “It's a tricky one because I'm held in very high esteem by Kerry people. Having seen Eamonn Fitzmaurice and the pressure and the work that comes with it, and he had the summer off and I wouldn’t have that luxury. You're also taking on the possibility of it not working and going down in people’s estimation.”