I’ll be honest with you, I’m annoyed. I’d rather be walking out onto Croke Park this Saturday than writing this column.

At the time, standing at the other end of MacHale Park in the Fermanagh full-forward line, I actually thought that it was a penalty.

The big Mayo man isn’t on top form just now but he did what he needed to do that day, and I’d put the blame with the referee. Maybe Joe McQuillan was making up for not giving Cillian O’Connor a penalty a couple of minutes beforehand, or maybe he needed more help from the linesmen. People make mistakes.

Either way, we had been fighting for our lives in that game and the decision went against us, and again went for one of the bigger teams. That just seems to be the way of it in the GAA: the big guys get all the luck. 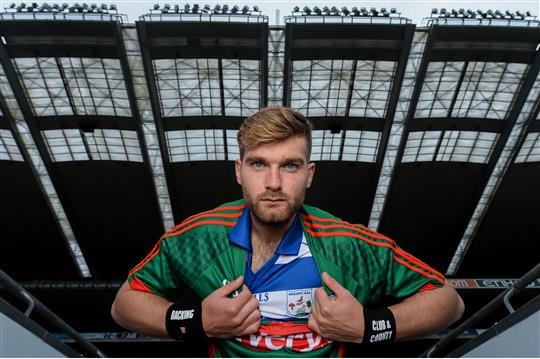 You know, I’m not giving out about O’Shea. Any time I’ve come across him, he seemed like a gent. He, like his county right now, just haven’t been impressive this year, but there is a big performance left in this team. I do believe that. Still, I just think had we got through that game we would have beaten Kildare and Westmeath, and I’ll tell you one thing, we’d give Tyrone some rattle too.

A year ago, I walked out onto the field against Dublin at this same stage in an All-Ireland quarter-final and what stunned me was how quiet their players were. I thought they’d all be roaring and trying to intimidate us but they weren’t. Standing there in Croke Park, the last thing I expected was this calmness.

Then of course that was reflected in the organisation of their play. We wanted to push up on Stephen Cluxton but we couldn’t get near his kickouts, and he’s the one man whose skin you want to get under. When I pushed Cluxton over the line for the goal last year, it affected him. His mistake then led to Tomas Corrigan’s goal and in the semi-final against Mayo, his kickouts were in big trouble too. Knowing Donegal, they will have a plan for him come 6pm this Saturday.

Every person I meet in the street since, all they want to talk about is the pushover goal rather than the game. It was the moment that teed up what was a pantomime finish. I have to admit, it was a bit of craic looking up and seeing my smiley head on the big screen and the Dublin fans roaring at me because I was after getting away with murder. But I was enjoying the football too because I just thought, “feck it, I might never get back to this stage again, Dublin in an All-Ireland quarter at Croker”.

Looking back though, I don’t like the idea that people would boil down all our hard work into ten minutes of fun at the end of a game that the Dubs had long since won. You think of all the months of slogging and running and preparing for a game like that, and you don’t want your year defined as a free-for-all when the jig was up.

I have to say, I fancy Dublin to retain Sam this year. I’ve never seen anyone do some of the things Conor McManus does on a football field, and especially for his club Clontibret where he takes on defences on his own, but Diarmuid Connolly is the best player in the country. He got some harsh criticism for that headlock on Westmeath’s James Dolan but he comes in for rough treatment and he’s controlled himself fairly well recently.

Some of the points he scored against us last year were outrageous. Left foot, right foot, he can beat a man, win his own ball, and I know he’s an excellent hurler too. I’d imagine he’s the sort of lad who could throw his hand to anything: long jump, triple jump, whatever he wants.

Donegal always have a plan though, so I’d imagine that will include curbing the influence of the St Vincent’s man. Rory Gallagher and his boys won’t fear the Dubs either, and why would they with Paddy McBrearty playing as he did against Cork. With early ball in, he’s untouchable, and I’d love to see him paired with Michael Murphy in the full-forward line. Lob ball in onto that Dublin full-back line to see if you can get some joy; no full-back will catch ball over Murphy.

I couldn’t believe that the Donegal captain didn’t go into the square against Tyrone when Cavan had scored a couple of goals off long balls in the Ulster semi-final. Now they need Murphy outfield too but maybe at the start or just before half time, they should send him inside. What surprised me about Donegal in that dire Ulster final is that they were reluctant to shoot, and any good player at this level should be able to score from 35 metres. There’s no room for second-guessing.

Dublin have unreal strength in depth but Rory O’Carroll and Jack McCaffrey are away, and James McCarthy has been struggling with an injury. The lads who came in are good, but you can’t really replace that trio of proven All Stars winners overnight.

Still, I’d be giving Dublin the nod. Okay, they have all the financial backing in the world but you can’t throw fifteen bags of cash out onto the field and win an All-Ireland. They’ll win because they have the best footballers.

The one team that can really push them this year is Tyrone. Them boys are in some shape, their fitness levels are unreal, they’re up and back in numbers, and they’ve sheer quality in the forward line and on the bench. 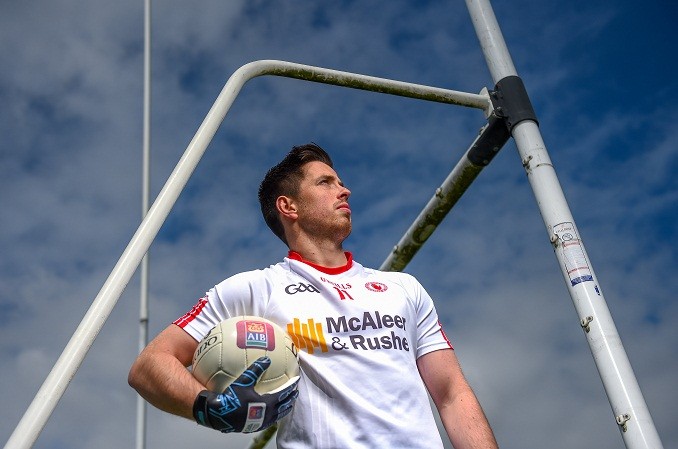 Mattie Donnelly is a machine and he, along with Cathal McShane, were lost to black cards in the first half against Donegal but still they won. Rory Brennan, who I went to school with in Enniskillen, came on and completely snuffed out Ryan McHugh who had hit three incredible points. Rory even went up and got a point of his own, and got very little coverage for it in the media.

There’s always been an arrogance about Tyrone, a feeling from the players and supporters that they are better than everyone else. I always remember being in Clones back in the early noughties when Armagh were top dogs, but still the Tyrone fans beside me felt they were number one. If they meet Dublin later in the championship, they’ll think the same.

As I said, I think Mayo have a big performance in them and I don’t think they’ll go overly defensive against Tyrone on Saturday. When it comes down to it, the Red Hands have the firepower to win this with Peter Harte, Conor McAliskey, Ronan O’Neill, Donnelly and the awesome Sean Cavanagh.