What’s in a name? The origins of some of Ireland’s strangest club names

The history of the GAA is one ripe with objections, heartbreaks, glories, tears, downs, ups and cups.

None of that would be possible without the players, and they would never have been brought through without the teams.

Which brings us to some of the unusual names for sides across the country. There are times when you come across an opposition, and wonder “how the hell did they get that game?”

In the first part of our series on “What’s in a name?”, we find out how pubs, the strut of a woman, colours and war all make an impact.

Lady’s Walk are located in the Ballyduff area of Kerry and have largely hurled at junior and intermediate level. The name originates from a big house owned by the British hierarchy outside Ballyduff back in the day. The story goes that the women of the house used to walk along a path out front. The Lady’s Walk stuck.

When Starlights was formed almost 100 years ago, the football club went on to win numerous titles — but no one knows precisely where the original name came from. Then in 1971, they joined with hurling club Rapparees — who had been named after the fighters who apparently were tenants of the town in the early 20th century. When they amalgamated, so too did their club names.

The club was founded in Easter 1885 under the big tree in the Phoenix Park and the name is derived from an old Irish warrior battle cry — fág an bealach — which means clear the way. They hold the record for county hurling titles in Dublin with 31. 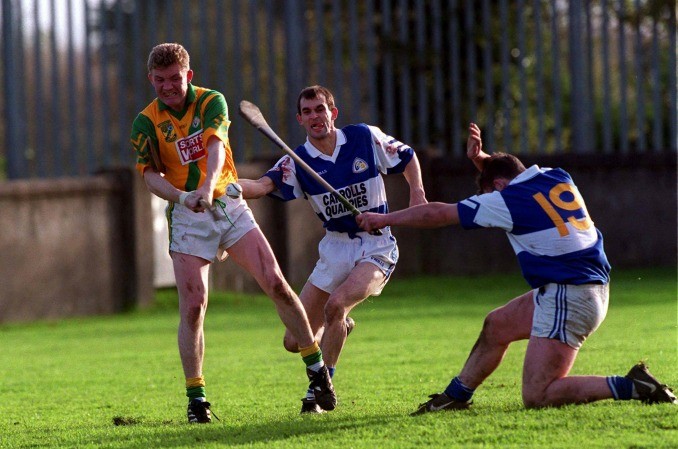 There’s no mystery behind this one, they’re named after their colours because the parish name of Skeoughvosteen is, well… you try to pronounce it.

This is another story of amalgamation, from a club simply called Rangers and another with the unusual title of Nemo. How the latter came about was that the pupils of North Monastery school were anxious to play hurling but it was against wishes of the principal who favoured rugby. Teacher Seamus O hAodha wanted to retain the letters ‘NM’ from the school’s initials, so he decided to use the word Nemo which is latin for ‘nobody ‘ — presumably a nod to hurling being outlawed by his bosses. Rangers and Nemo amalgamated in 1922 as numbers had been weakened by emigration and players being imprisoned during Ireland’s fight for freedom.

Home of Offaly legend Matt Connor, it’s hard to imagine why any place in the middle of a landlocked county would be called an island. But it’s pretty simple, the surrounding hinterland is a fertile area of land in the middle of a vast area of bogland, known as the Bog of Allen. Ergo, Walsh Island.

Named after Myles ‘The Slasher’ O’Reilly who was an Irish patriot in the 1600s. The town side are an amalgamation of Longford Wanderers and Whiterock Slashers who came together in the 1950s. The Slashers name is synonymous with the Longford side but fellow Templemichael team, Shroid, also go by this sobriquet. Up until 1958, there was also a club called the Cavan Slashers before they amalgamated with the Harps to form the Gaels. 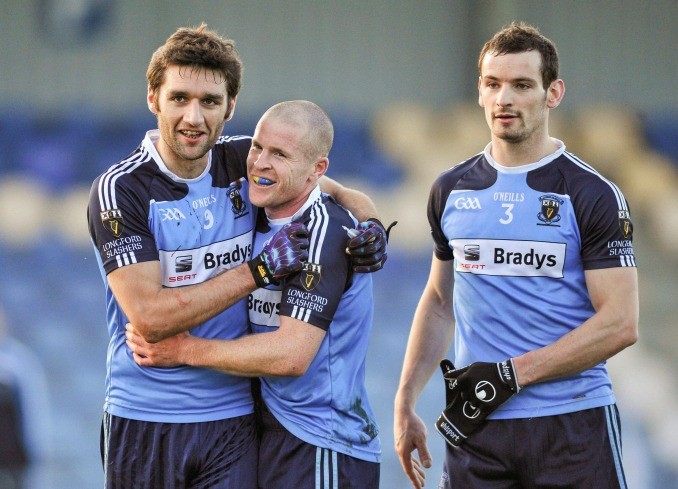 You’ll hear a few different contributing factors but the club was founded in a pub of the same name on the Enniscorthy-Carlow road in 1928, and cock-fighting was once a tradition in the area.

From the town of An Sean Phobal, meaning ‘Old Parish’, it claims to be the oldest town in Ireland. On the field, its finest hour came in 1949 when the Shocks, as the team are known, won the Waterford Junior Football Championship.

Representing the parish of Martinstown/Bulgaden, this junior club is named after a local hero named Patrick Wallace. Staker, as he became known, was hung, drawn and quartered by pro-British noblemen in 1798 before his severed head was displayed at Limerick gaol and his body ‘staked’ locally after the failed uprising.