A Mayo footballer from the county’s hurling stronghold, Fergal Boland, is certainly cut from a different cloth. This weekend, he faces a Connacht Intermediate Club Hurling Championship final with his parish Tooreen, a place he describes as “stone mad for hurling”.

What’s going on there seems odd and out of kilter with the rest of the county’s adherence to Gaelic football, yet there they proudly stand – hurling people, forever in battle with the men up the road in Ballyhaunis.

Between the two clubs they have lifted 42 county titles, including the last 12, although Castlebar Mitchels upset the old order this season by making the final. The latter couldn’t halt Tooreen’s march to three-in-a-row.

After beating Four Roads of Roscommon and London champions Robert Emmets, next up is the unenviable task of toppling Galway’s Kinvara, led by livewire forward and former All-Star Conor Whelan.

This is not new ground for Boland and Co. In fact, it’s their third provincial final in a row. In 2017, they became the first Mayo team to win the Connacht Intermediate Club title by outlasting Ballinderreen of Galway, before losing an All-Ireland semi-final to Kilkenny’s Ballyragget. 2017 was also the year that Tooreen’s commitment to hurling came truly to fruition as the story broke of how their club member Stephen Coyne put his life in Australia on hold to come home to Tooreen to help his club win a county final. Potentially the longest commute in GAA history?

Despite playing the final 20 minutes with 13 men, Tooreen came away with great credit after losing last year’s decider to eventual All-Ireland winners Oranmore-Maree, a side containing Niall Burke and Gearoid McInerney.

Here they are once more, readying themselves for a big day in Athleague, a place where trees and the crowd lean in around this tight pitch — exactly where they want to be.

Boland says you have to drive maybe an hour to reach a hurling stronghold, which is all the way down in Galway. The border to Roscommon is a ten-minute drive, and certainly the big ball is the biggest show in town there. 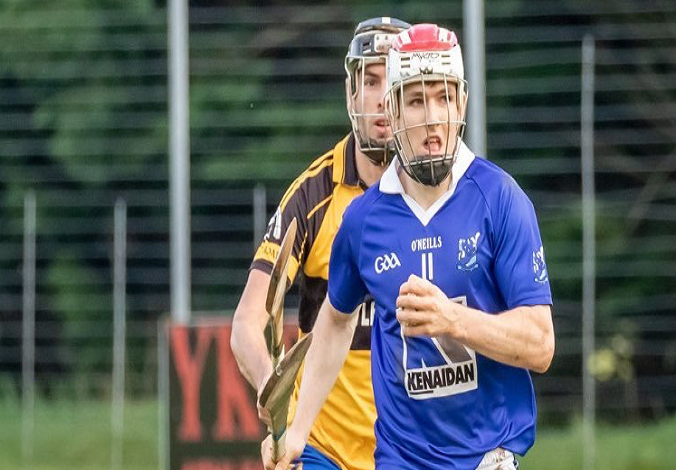 “I don’t know,” Boland says by way of explanation, with a warm chuckle. “It’s mad, but people here are stone cracked for hurling. They would be very supportive of me playing football for Mayo, wishing you well at mass or whatever.”

“But once the hurling season comes on and the county final in October comes, they’re stone mad for it, and hurling is definitely number one for the people in Tooreen.”

“Myself and my brother Shane live about five minutes from the pitch and there is someone down there every evening, even in the winter — on go the lights and you’d be pucking. A message goes out on the WhatsApp group and you could have everyone going down. It’s a great social thing and it’s always good craic.”

A little more probing, and Boland is able to trace back to the origins of the ancient game in their little hamlet of three to four hundred people.

“There was a man called Michael Nolan and another called Michael Henry, they were the main drivers of it. When Michael Henry was about 15 or 16, he went to St Mary’s College in Galway City as a boarder. He picked up hurling there and wanted to play when he returned to Tooreen for the summer holidays.

“He got a bunch of lads around his own age to get involved, even though their parents were not too supportive of the idea. So basically, these teenagers founded the club in 1957. Monsignor James Horan, the man who built Knock airport and Knock Basilica, was the first president of the club. Other officers elected at the first meeting were Chris Toughy (RIP) and Sonny Healy (RIP). Other than Horan, everyone involved was a teenager.”

The club initially played their games in a place called Tuoghy’s Turlough, then moved to a three-quarter size field in front of the old national school, before finally getting a full pitch in 2007. Up until then, Tooreen had their home games in Ballyhaunis, or in Aghamore where Boland plays football. Given how dominant hurling is in the town, Boland reckons he is one of just four or five players who operates in both codes.

There can’t be too many GAA clubs out there with a devil on their crest, but that ties into Tooreen’s nickname, the Blue Devils. Once more, Boland breaks into a smile when asked about it and begins by saying that “the first ever Tooreen team played against a Ballina team where the lads wore white t-shirts for jerseys.” 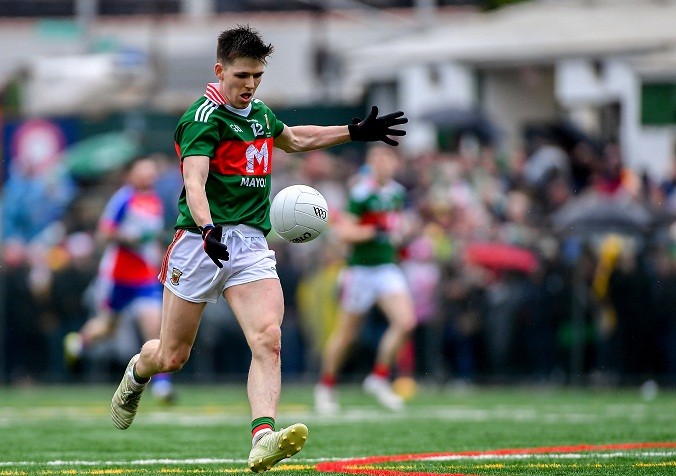 “But the club ended up being blue and white because Kiltimagh ordered a set of jerseys and then for some reason weren’t happy with them — they were too close to the Cavan colours. So, we took them at a cheap price and since then we’ve been blue and white.”

As for the devil, he adds: “Tooreen had a famous dance hall there about 30 or 40 years ago, and a dance hall in Galway was kind of jealous so they got someone to dress up as a devil and appear in Tooreen to frighten the crowd away. I think it worked!

“So that’s where the devils came from and it’s on a jersey which is blue, so that’s how we became the Blue Devils.”

The 24-year-old has lined out for the county hurlers in the past, but once he was called into the senior football panel by Stephen Rochford, he felt that needed his full attention. James Horan, who was installed as Mayo boss for a second time ahead of the 2019 season, managed Galway hurling club Turloughmore a couple of years ago, though Boland admits they haven’t spoken too deeply on the small ball. “He might send me a text saying ‘well done’ if we have won a match, and he’s very supportive.”

Once the football season ends, the Tooreen man re-focuses on the growing panel they have at home. Whereas once they struggled for numbers, now they have more than 30 lads fighting for a jersey at every session. They know the odds are stacked against them this weekend, but they have broken new ground before.

“Beating Ballinderreen in 2017 was unreal,” says Boland. “Even this Sunday, people see Kinvara with Shane Kavanagh, Colm Callanan and Conor Whelan, and they are giving us no chance. We don’t care what people think — we have upset the odds before.

“We were given no chance in 2017 but we got the result. We have played Galway teams in challenge matches and we’re able to compete. It would be a shock to the outside world but not to us.”