As Dessie Hutchinson offers a glimpse into his life, you realise that he’s standing right where he needs to be.

The world of professional football opened its doors to the Ballygunner native at the age of 16 and he walked the walk in England. It started off with a dream being sold, as it does for all aspiring professionals — one of fame and fortune. But, the reality can sometimes be a rude awakening.

Mikey Drennan spoke to AIB GAA in 2017 about that other side of the game — how players can struggle to adjust to the lifestyle, turn to vices, and find out that it wasn’t what they had expected.

Hutchinson moved to Brighton and Hove Albion and everything was going well. He had a stable lifestyle and was living with a family alongside another young Irish footballer, Dylan Barnett. It wasn’t the house he grew up in, but it was a familiar environment and it allowed the Waterford youngster to grow off the field as he progressed on it.

He got a first-team chance in a League Cup game on September 19th, 2017 against Bournemouth, but that was as good as it got at the very highest level. Hutchinson explains that you need a lot of breaks to make it in the professional game, no matter how talented you are, and it didn’t help his case that he was unable to find a loan deal after Christmas before being released in the summer of 2018.

He then played with Waterford FC for a year, before finally leaving the game. However, the 22-year-old never lost his touch with the hurley, so returning in the black and red shirt of Ballygunner was inevitable.

“It was completely up to me,” says Hutchinson of leaving professional football. “I had the chance to go back playing soccer at the start of this season (2019) if I wanted to, with Waterford FC.” “I was with them for the remainder of last season (after leaving Brighton) and I could have stayed on, and I had a few offers from St Pat’s in Dublin and a few other places. It was entirely up to me and I decided for the long term that it would be better to go down a different path.” 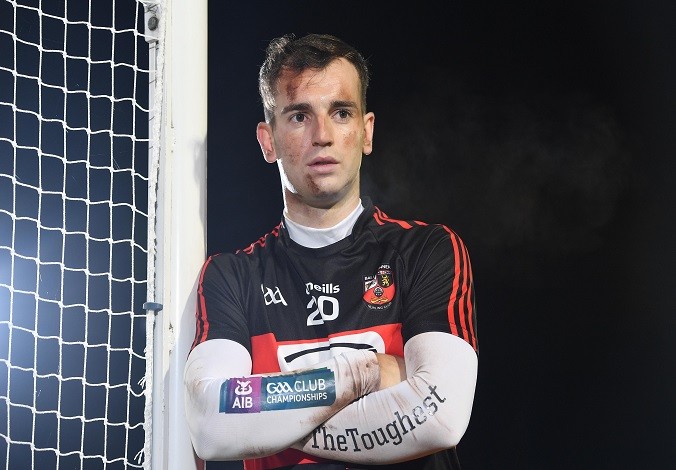 “All my best friends play with Ballygunner — and you just want to be there with them. That made it easier for me to come away from soccer. If I didn’t have hurling when I was coming back, it would have made it a lot harder. I might still have come away from it, but I probably would still be playing soccer if hurling wasn't there. Just for the sake of having that job where you get paid and see how long it lasts for. No matter what, I don’t think, unless you get that move back over to the UK, you’re not going to make enough in Ireland to rest on it.”

Having left his parents’ nest at the tender age of 16, he’s back living there once more. “It's weird like, that was probably the toughest thing when I came back: getting used to living at home. To come back home, it was strange, probably the hardest thing to get used to.”

So, has the dynamic at home changed now that Dessie has come back as an adult?

“Not really,” he says with a big grin. “Me mother still treats me like I’m a kid. Everything is sorted for me, the room is tidy, dinner is made, so I can’t complain.”

There is a term in football called the ‘perfect hat-trick’ — scoring three goals via the left foot, the right foot, and the other one with the head. There are three teams that Hutchinson could play for in his home county, and he hopes to one day complete a personal hat-trick. After playing for Waterford FC, and then joining Benji Whelan’s Gaelic footballers for part of the 2019 league and championship games against Clare and Westmeath, he hopes to soon hurl for the Déise. 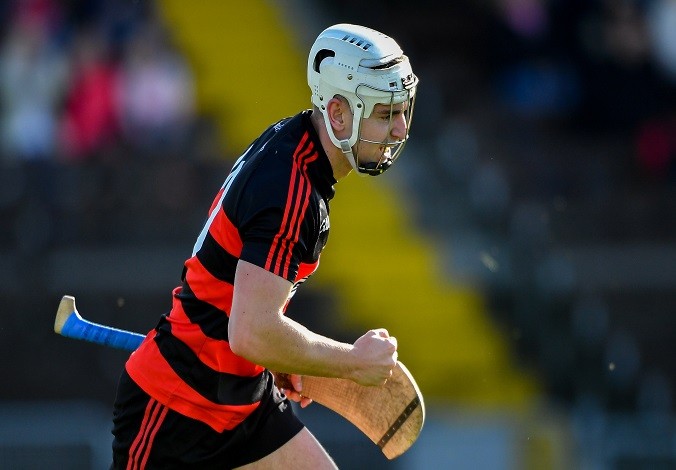 In many ways, and despite the detour to England, hurling is what Hutchinson has always wanted to do. It’s all made crystal clear when he is asked about the biggest disappointment in his career. You might think he would regret not playing senior for Ireland as he had done at Under-19 and Under-21 level, or not making it big with an English club, but it is nothing of the sort. “Knowing that I lost out on a Minor and U-21 All-Ireland with Waterford,” says Hutchinson, who played alongside Patrick Curran and Shane Bennett for Déise underage teams, and in school with Austin Gleeson. “I played with a lot of them all the way up and I would have hoped to be on that team with them, if I kept going in hurling.”

Winning his first county final recently against De La Salle ranks as his proudest moment, and no doubt it was made all the better alongside his brothers JJ and Wayne (who was lifting his 9th title in his 17th final). Dessie hit 1-3 and was named man of the match, the sort of performance from a man meant for the big stage.

The provincial journey has started well for the defending champions, beating Sixmilebridge on their home patch in the AIB Munster Senior Hurling Championship quarter-final last Sunday. If Hutchinson had personal reservations or worries about stepping up from county to provincial level, they would have been proven unfounded, with a personal haul of 1-2 against the Clare champions. Their opening game was more one sided than expected. However, that’s unlikely to be the case this Sunday when they welcome a Cian Lynch and Aaron Gillane inspired Patrickswell to Walsh Park. If the former footballer wants to test himself against the best that hurling has to offer, the Limerick champions aren’t far off.