All in a name

Rangers, United and Rovers are all in action this weekend but it’s not the FA Cup draw, it’s the All-Ireland club football championships. Carbery Rangers travel to Monaleen of Limerick after winning a maiden Cork title, with Tipperary football star Robbie Kiely part of the set-up.

Ramor United, who started the county final win over Castlerahan without both joint-captains, Damien Barkey and Jack Brady, travel to Armagh champs Maghery. The Cavan side’s manager is ex-Clare and ex-Kilmurry-Ibrickane manager Michael McDermott. Meanwhile Moyle Rovers, who are without Tipp star Peter Acheson who has moved to Dubai, will face dual club Loughmore-Castleiney in the Premier finale — who last won the Premier title in 2014 on Stephen’s Day.

Gusserane had lost the Wexford final in 2014 and it seemed as though the same fate would befall them against Glynn-Barntown who were 10-5 ahead with 12 minutes remaining recently. That would have been seven final defeats in a row since 1982 but instead they turned it around to win by one in injury time to secure a first crown at this level in 41 years. Captain Graeme Cullen didn’t prepare a speech as he didn’t want to tempt fate. 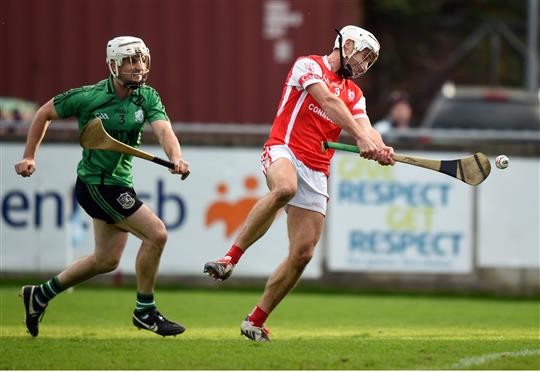 Poignancy has very much been in the air of late after the passing of Anthony Foley and both of these teams have a deep understanding of loss. On the day that club legend Mickey ‘Rattler’ Byrne went to his eternal reward, Thurles also honoured another fallen soldier when lifting the county title. It was just shy of a year since senior selector and trainer Jackie Griffin was struck and killed by a car, and his daughters Isabelle (8), Larragh (10) and Emma (5) helped Padraic Maher raise the 2016 crown. In the days before Ballygunner completed their own three-in-a-row, the father of star hurler Paul Byrne, Pat, was also laid to rest.

Mullinalaghta beat Abbeylara to win the Longford county final for the first time in 66 years — an incredible achievement for such a small, half-parish of 11 townlands. This will be the first time that Stradbally have met a Longford team in Leinster since 1997 when they succumbed to Fr Manning Gaels. After winning a first Laois title in 56 years, it was no surprise to see them fall short as their provincial clash took place just 24 hours later. 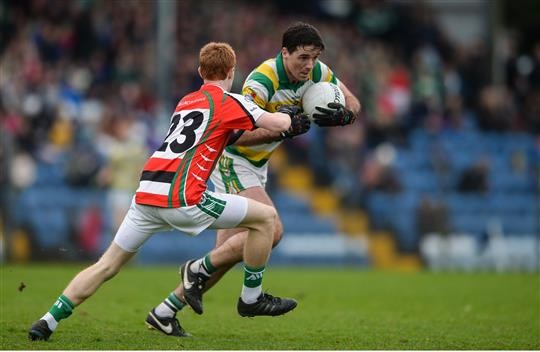 Cuala hail from Dalkey in south Dublin and their neighbours Kilmacud are based in Stillorgan. Both are well known to be from affluent areas and when the teams met in the county final in 2012, it was dubbed ‘The Clash of the Cash’. Crokes took home the honours that day and added to it in 2014, while Cuala are now looking to retain their crown. Much like Sars and ‘Gunner, there is a solemnity within the Cuala camp just now after the passing last Saturday night of their great backroom team member John Hennessy, a Tipperary native.