Colm O'Neill: What You Don’t Know About Being a Forward

Football has changed. It wasn’t like this back when I was minor or Under-21, or when I first walked out the tunnel with Graham Canty, Michael Shields and Nicholas Murphy.

This thing called patience wasn’t part of the deal back then. The ball came in and you racked up the scores; that was it, that’s what I was reared on. For the first few years it stayed that way, and then Donegal changed how we think about football. Their way of playing came through, and the game has changed.

My first experience of the blanket defence was in the 2012 All-Ireland semi-final against Jim McGuinness’ men. Croke Park, the wide open expanses, or so you would think. You’d have more pleasure trying to get through the Jack Lynch tunnel on a bad day.

What struck me was how infrequently you got the ball into your hands as an inside forward, even though we had loads of possession. I realised after this game that I hadn’t been patient enough and I think it’s something that all top forwards have had to recognise since.

You need to show restraint now but different attackers approach the game in various ways. Some will keep making runs until one pays off, essentially keeping their marker on skids all the time, wearing them down for when the right ball comes. Others wait and wait, Bernard Brogan has spoken about it, and I actually find that the hardest part of my game as an inside forward is choosing when not to make a run. 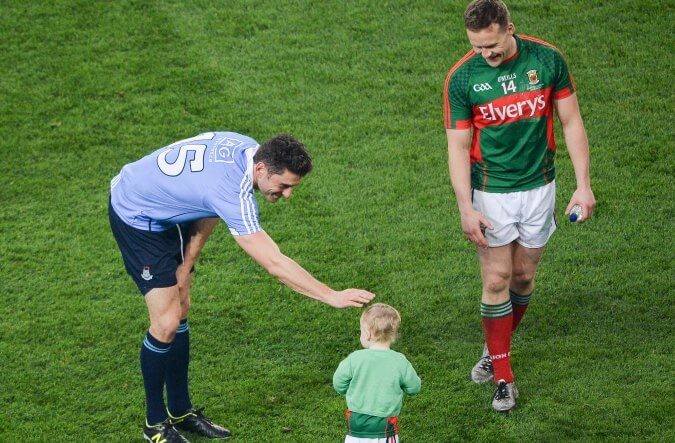 We were naive that day against Donegal because we were turned over so often after walking into the spider’s web. Once they had the ball, they were economical and that was the difference.

I got a goal near the end to put a bit of respectability on the scoreline, which came from a long ball over the top into myself and Eamon McGee. I remember running into him at the All Stars gala later that year and we had a right good laugh about it. He was telling me I’d nudged him in the back but obviously I wasn’t ‘fessing up. You take what edge you can.

There have always been forwards down through the years that you could throw in any position. The difference these days is that it’s now the rule rather than the exception — and I am probably one of the latter. Think of Colm Cooper, Paddy Andrews or Cillian O’Connor, they can all play anywhere from ten to 15. Whereas the likes of myself, maybe Bernard Brogan and Andy Moran, it’s rarely you’d see us too far away from the penalty area.

It’s probably one of the areas of my game that I need to improve, to become more adaptable. Whether it’s been club, college or county, I’ve been a 13, 14 or 15. Adding to that is my challenge because right now I’m an inside forward, rather than a forward. Daniel Goulding would be a similar player to myself and he told me that a big part of why he retired is down to how the game has changed for our breed.

Backs are changing too. They don’t just sit there and mark you like they used to. Most of them are at it these days but Marc O Se had always bombed forward from his own ‘14 . He wasn’t like most corner-backs, and I suppose the fact that he played in the forwards for his club had something to do with it.

His first thought was always to get out in front of you and win the ball to get the sort of advantage that us attackers would want. “Jesus, that’s a new one,” was what I thought the first time he had me chasing him back.

I’ll never forget the Munster final in 2015 in Killarney either, the day Fionn Fitzgerald scored a late equaliser to send us to a replay. After I’d made a good start, O Se got out in front of me for a few balls, won them really well, and forced me to think about my game. I had to put him in a position where he was going to be on the back foot.

A funny game for me was in the league of 2015, when we had our backs to the wall in Monaghan. You know the way the regular Joe Soaper would often look at the scorers and give someone man of the match? Well that day I scored 2-6 when Ryan Wylie was marking me, yet he got man of the match.

We had a great tussle and he played very well but it’s rare you hit the winning score on a day like this and your man gets the nod. But that’s how the game has changed: I could get those scores and still it was a 50-50 battle, and I’m not just saying that. He was getting on ball and that’s what a modern inside forward has to put up with. 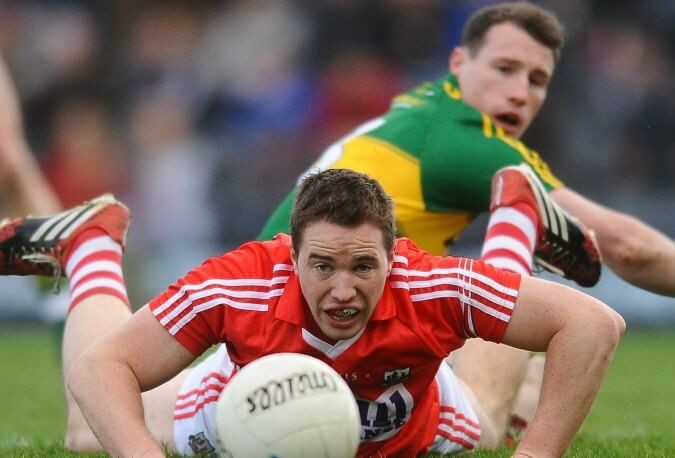 Take Jonny Cooper as another example and, even though I wouldn’t have come up against him all that often, he’s a similar player to Marc O Se. He’ll get the ball, take it out to the ‘45 and look to get it back. Philly McMahon the same.

In general, I play pretty much the same way every day, with the exception of patience which has to increase against the top sides. The likes of Eamon and Neil McGee will tend to stay with you more often (not always, mind) and spend more time in your personal space than a Cooper or a McMahon.

Every day is a challenge, and some games you wish you could get back. But like a professional golfer, you get one chance to hit a shot and there are no do-overs. If I had one mulligan stroke back from across my career, it would again bring us back to that same drawn Munster final in 2015.

Kerry won the replay but I had a chance to make sure it never got that far. We were a point ahead and I abandoned that much-used GAA mantra: the process. We had a ‘45 and normally I’d go through my routine and try to stroke the ball over.

There was a break in the play though, and word got to me that I should just smash the ball and put it dead. Because I had so much time to dwell on it, I ended up changing my process and when the whistle finally went, I thrashed at the ball because I wasn’t properly focused. Be it a wide or a point, all that mattered to me was getting the ball dead, which was veering from my normal game. So I duffed the shot, it went short, Kerry cleared it and Fitzgerald levelled it. I’m not hung up on it really but it’s a unique example of a time I went away from the process.

Turning back time doesn’t happen, but waiting for the right time in the future will. When you’re a forward, patience is bitter but its fruit is sweet.