Paddy O'Rourke: Letter to my younger self

What I would tell myself if I could whisper into a young Paddy O’Rourke’s ear? Well, when you’re standing in front of the Hill making your championship debut against Dublin in 2009, expect noise. Noise and atmosphere. Because it’s going to rain heavily down on top of your 20-year-old head every time there’s a free, a score or a turnover. Everything is worth fighting for.

There’ll be 60,000-plus at the game and even though you know that, you won’t quite expect the racket, so be ready. You’ll enjoy the buzz before the game and you’ll still be buzzing afterwards even though Dublin are going to win 0-14 to 0-12. A clean sheet, a good day.

A year later, you’re going to be there when Meath finally beat the Dubs and, not only that, but the team will knock five goals past them. Without you though, because a red card against Laois means sitting in the stands, and it’s a lesson that'll need to be hard-learned.

At that stage you think there’ll be more wins against the blue neighbours. After all, there were only two points between the sides in the 2005 and 2009 championship clashes, and it was all about the Royals in 2010. Be prepared for some tough days against Dublin.

Uncle Colm had a great career with the Royals, the sort that will lead to people accusing you of only being involved because of him. Don’t mind that. He’ll be a great source of advice to you and it will be important to have him in your corner. Thankfully you’ll never feel like you have to live up to him because you play in totally different positions. 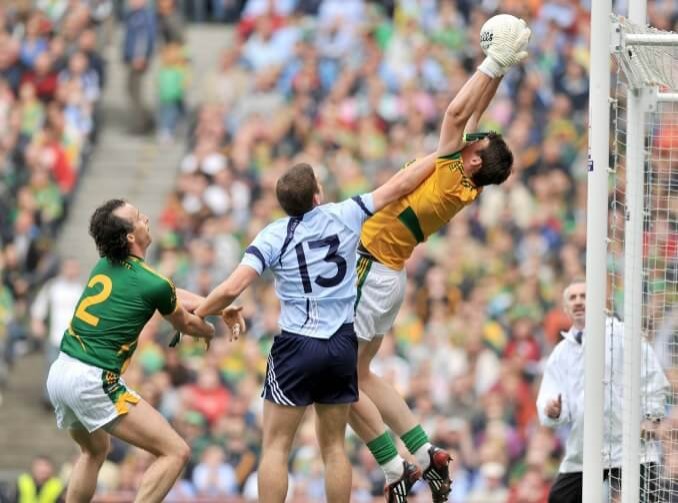 Even when you go outfield for the county in 2011, a move that made sense at the time because you’d just come off the back of a county-title winning season with Skryne at midfield. It might not have worked out, but for the people close to the situation they had seen your form. It won’t be the only thing that doesn’t work out in your career and even now, at 27, there could be more peaks and troughs.

You’ll play for Ireland in the 2013 International Rules series... Growing up, it seemed like a huge deal when it filled out Croke Park — but maybe that was because people were there to see a row and hopefully a football match would break out. The team will hammer Australia in Cavan and Croke Park in 2013 and it will feel more like a social occasion than a way of exhibiting the GAA. A let-down.

Not so in 2014 down in Australia when the AFL will put out a much stronger team. There are so many Irish people in Melbourne and Perth, lads you’ll have known from back home or school. The Aussies will win the test at Patersons Stadium but memories will be made afterwards mingling with the crowd. You’ll savour the a great connection with the ex-pats there who’ll feel so involved in a GAA occasion for once considering they are so far away.

A bad day: June 28, 2015. Ten points up on Westmeath in the Leinster championship and never once in our history have we lost to them. Somehow they’ll win the final 20 minutes 2-8 to 0-1 and you’ll get sent off for a reckless tackle on goalscorer Kieran Martin. The embarrassment will be hard to come to terms with, but apologise to the player because that’s the right thing to do.

When you’re sitting on the team bus afterwards, your phone will be peppered with whatsapp messages and Twitter notifications. One telling you about the other. “You big cabbage”, “mental case” and one online abuser even stating “don’t think I won’t knife you brother”. You’ll retweet the five or six idiots who come after you and, even though it will set in motion a media storm, those retweets are not something you’ll regret. Why should they get away with it?

In fact, it leads to another great life lesson for you. But firstly you’ll need to turn off your phone because of all the online activity that’s happened since your retweets. Newspapers want an interview with you even though you’re already looking to crawl under a rock after the embarrassment of both the loss and the red card. Radios want to hear you speak about online abuse too. It will feel easier to jump on a plane and get out of the country, let this all die down. You’ll wonder how did we lose a ten-point lead, when none of the rest of this would’ve happened? 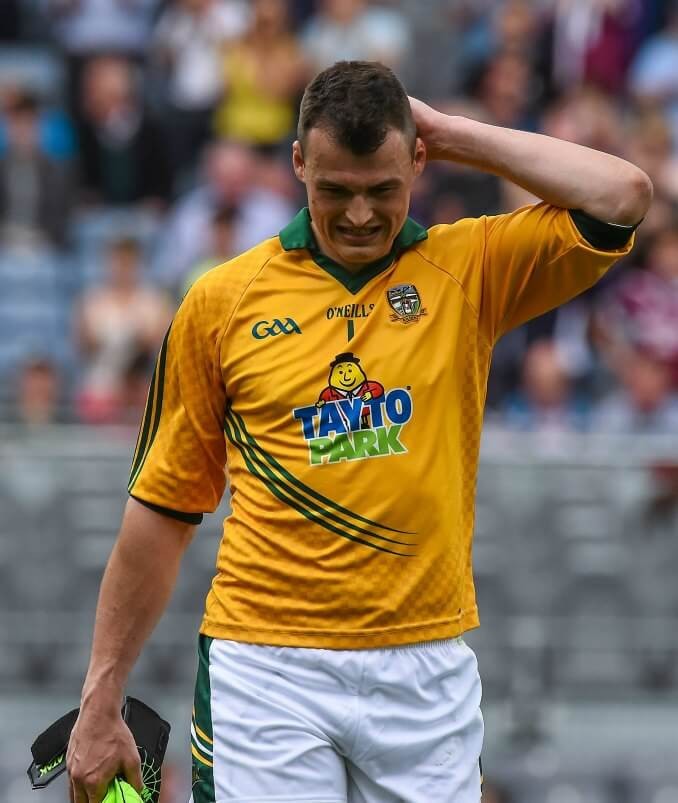 It will lead you to a couple of days of really deep-thinking to yourself after all that muck. It will make you aware that life has gone full circle over a situation you had created a year earlier. A smart comment online about Diarmuid Connolly’s off-field problems which meant he would snub you during the handshakes in that year’s championship clash at Croker.

It will feel like the right time to track down his number and get in contact. The phone will ring out but you’ll say to him on whatsapp: look, after everything that’s after happening in the last couple of days, it makes me aware of how I would’ve made you feel with what I put online before. I want to apologise and it won’t happen again.

He’ll reply: fair play, thanks for that, best of luck for the year ahead.

The two of you will move on from that and there’ll be no awkwardness or need for separation at the Rules trails later that year. You’ll share a dressing-room. After the bad days, some good will come of the Westmeath fall-out.

Yes, you’re still suspended after that red card and you’ll remember feeling terrible on the bus coming home from the Tyrone defeat because you couldn’t help the team. Are the lads looking at me, secretly cursing at me for not being able to play today? That rash tackle is one thing not to repeat because you’re all pieces of a jigsaw, and it all has to fit.

One moment of madness can cost everyone so you have to hold fire. Don’t forget that.