AIB Club Championships: Previews and all the weekends fixtures

The weekend that's in it, we'll see a reigning footballer of the year in action and a former winner of the hurling gong too. Lee Keegan is in action for Westport while Tony Kelly hopes to lead Ballyea to maiden glory in Munster.

Carlow teams have pulled off some shocks in the past and they've Dublin champions Cuala lined up this weekend at home. Meanwhile a Lismore side hampered by a huge generation gap is looking to put one over on Kilmoyley.

And while they're at it, the Deise side boast 2007 hurler of the year, Dan Shanahan, with 1998 version Tony Browne on the sideline.

When Brian Hogan lifted theKilkennytitle on October 30, he replaced his own brother Keith as winning captain from the year before with Clara. Not only that, but they did it with different clubs, which is rather rare. MartinComerford, Mark Kelly and MarkBergin— who all have senior inter-county experience — are thedangermenfor the Gaels. WhenOulart-TheBallaghdismissed St Rynagh’s ofOffalywithout KeithRossiterand NickyKirwan, they became the only one ofWexford'seleven teams, across four different codes, to win a game in the current provincial championships. Doubtless, there will be little between these teams, withLeinsterchampionsOulartfavoured ever so slightly.

Cualahad to do without corner-forward Nicky Kenny for theirLeinsterquarter-final win overBorris-Kilcottondue to a knee injury. TheKilkennynative had been key to the Dublin final win overKilmacudCrokes, as had Richie Ruth fromThurlesSarsfieldsin his county before tearing his cruciate againstBallygunner. That the inside forwards, who are best friends, both hurt their knees within days of each other is an unwanted coincidence. The Dublin side were able to bring in All-Ireland footballer Con O’Callaghan for his first championship start of the year and he returned 4-3.Cualaare favourites but St Mullin’s are hugely underrated, took a couple of thousand fans toMullingarwhen they beatRaharney, and have in MartyKavanagha forward of real quality. 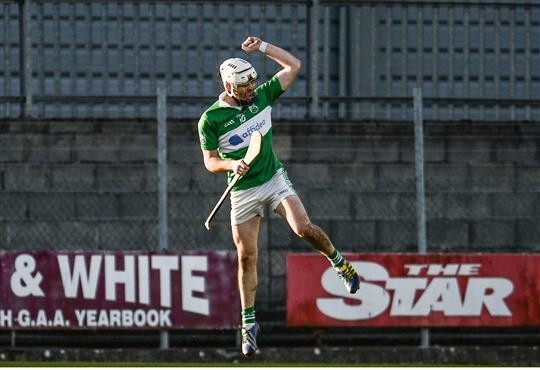 Calry-St Joseph's recently won a sixth successiveSligoSHC, beatingCoolera-Strandhillby 20 points, and then overcame MichaelBreathnachin the provincial decider. These were victories powered by the irrepressible Keith Raymond. The midfielder made his inter-county debut for the Yeats County at just 15 years and three months in a Division 3 semi-final against Tyrone in 2003. Raymond’s mother Margaret hails fromKillenaulein Tipperary, home of county stars John ‘Bubbles’ O’Dwyer andKieranBergin, not to mentionDeclanFanning and Paul Shelly before them. As a teenager, Raymond turned down the chance to move to the Premier County to hurl. He has since gone on to play forConnacht, and also won a NickyRackardCup in 2008.CalrymeetFullenGaels in Birmingham, a side that have made the All-IrelandJHCfinal in 2013 and 2015, on both occasions losing toKilkennyoutfits.

Glen Rovers (Cork) v Ballyea (Clare)
Tony Griffin might be the first Ballyea man to ever win an All Star but he's since been joined by 2013 senior and young Hurler of the Year Tony Kelly. The latter also won three All-Ireland Under-21 titles, with fellow clubmate Paul Flanagan captain of the 2013 edition which saw off Antrim. Kelly was joined on that All Star side three years ago by his rival in this year's Munster club final, Glen Rovers' Pat Horgan, The Cork side are looking for a fourth crown and their first since 1976, though no Rebel club has won Munster since Newtownshandrum in 2009. The pace of Stephen McDonnell will stand to the Glen's defence and they might just be favourites on Sunday. Still, no player on the field can claim to have reached Kelly's peak so it's hard to go against Ballyea.

In 1991,Lismorebridged an 81-year gap without a senior Waterford title on a day when fourPendergastbrothers — Sean, Barney,Seamieand Paul — drove the team, while a 15-year-old DanShanahancame on as a sub. That day they beat MountSionand Tony Browne. Twenty five years later,Shanahanis still on the team while Browne andSeamiePendergastare part of the management team with Dave Barry. Dan isn’t the only veteran as BrendanLandersandEoinBennett are 38, with the next youngest being MauriceShanahanat 25 — immigration having sapped the club of playing resources for more than a generation. Of thePrendergastswho played in 1991, their sonsPaudie(captain), John, David and Jack are all on the current team.Kilmoyleyare managed by the brother of Ger ‘Sparrow’ O’Loughlin,Fergie— the latter who trained the Kerry hurlers for a year under Tom Howard. Their main man is Daniel Collins, a man who won All-Ireland club football medals withArdfert— most recently the intermediate crown in 2015. 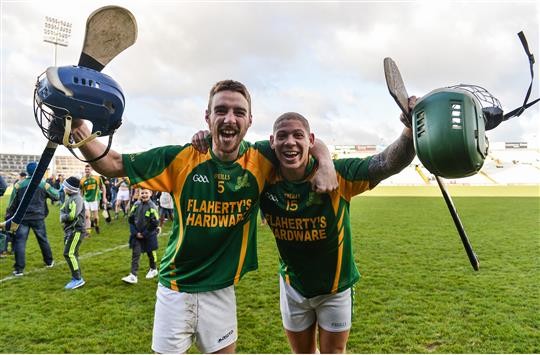