AIB Club Championships: Talking points and all the weekends fixtures

It’s getting to the business time of the year in the provincials as Leinster heads for the football quarter-finals and Munster to the semis.

Returning players and managers are fighting for more silverware, and inter-county referees are playing their part on the other side of the fence.

There are three Plunkett brothers on the Aughawillan team: full back Noel, as well as wing-forwards Mark and Gary. And it took a late ‘45 from Mark to seal the county final win over Glencar/Manorhamilton. This is a designated home game for St Brigid’s but because Hyde Park is being upgraded and since 2011 the Connacht council have forbidden clubs to host home games in the province, they have to go elsewhere. All of which means the staging of this game in Carrick-On-Shannon makes it a de facto home game for the away side.

Donal, Ruairi, Aidan and Conor McElligott have all been central figures as Mullinalaghta secured a first Longford title in 66 years and then beat Stradbally of Laois in the first round of Leinster. Their father Dan hails from Kerry and the name of his native town, perhaps unsurprisingly, is Ballymacelligott. 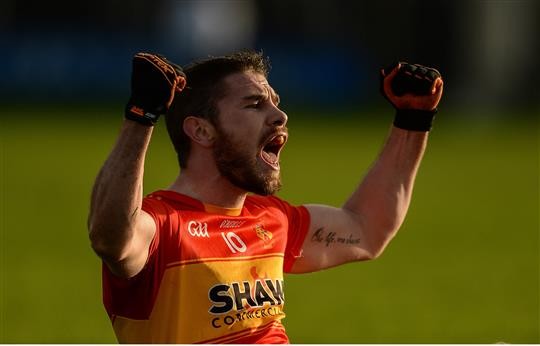 Corofin’s Kieran Fitzgerald collected his 11th senior county medal this year in a year where Kevin O’Brien has taken over from Mayo boss Stephen Rochford. Michael Lundy made his first start of the season in the county final win over Salthill after his time spent in America.

Mick Lillis managed the Carlow side to county titles in 2006 and last year but at the beginning of this year was installed as Laois senior boss. For months on end, there was no word locally on Barrowside about his future but then, after a Leinster loss to Dublin and a qualifier defeat to Clare, he returned for Palatine. Paud O’Dwyer, the inter-county referee, is part of his backroom team.

Sean O’Mahony’s are looking to add to the Leinster intermediate crown they won two years ago with this senior run. Stephen Fisher, once of Dundalk Town FC, was part of that team while Conor Crawley also lined out — he being one of several connections to the armed forced in the Dundalk barracks. Soccer team Quay Celtic would share many players with O’Mahony’s and the GAA club have hugely improved their grounds on Point Road in recent years. At one time, players had to get togged out in a school hall across the road from their field. 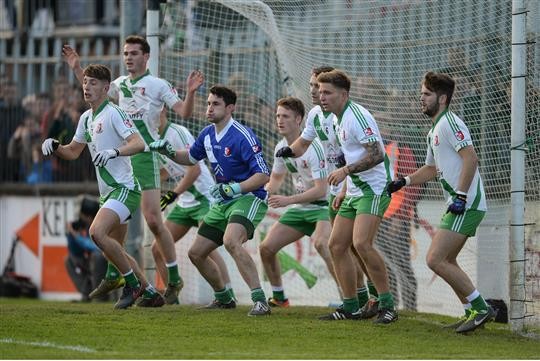 Inniscarra have had to get this far the hard way. All-Ireland club champions in three of the past four seasons, Milford, fell by their hand in the Cork final. It means the likes of Ashling Thompson and Anna Geary had to settle for a runners-up spot as Joanne Casey gave a player-of-the-match display. Three days later they beat Inagh-Kilnamona, with Casey, Niamh McCarthy, multiple All Star Rena Buckley and Aileen Sheehan causing problems from the Clare side. Burgess/Duharra needed two bites at the Borris-Ileigh cherry to win the Tipperary title but they’ve got huge scoring power. Eimear McDonnell might be the oldest player on the team but she’s also the biggest threat — a former All Star and the leader of the team. She’s helped in the forwards by the Kennedy sisters, Amy and Tara, who are on the wing and in the corner respectively. All three are huge goalscoring threats.