Each weekend brings with it novel stories and anecdotes. New match-ups, recent or old rivalries. Players that we enjoy during the summer with their county are now battling it out with their childhood friends.Others that have set the standard in one code — a Jamie Barron or a Keith Higgins — are currently lighting the torch in the other. There's always something happening in the AIB Club Championships.

TheNire hail from a parish of the same name and Ballymacarbry and are known as Four mile water in hurling. No surprise then that they go into this Waterford football final with plenty of small ball specialists, the most high-profile right now being 2016 All Star nominee Jamie Barron. Liam Lawloris a former county full-back and actually began his hurling career with ClonmelOg, as he grew up close to the Tipperary border. In theNire full-forward line alongside him is Shane Walsh, a fine fielder of the ball who has also lined out for the Deisein championship hurling. The likes of Thomas and Maurice O’Gorman, and Brian and Tommy Wall, have done likewise for the county footballers.

There’s an old adage that when Patrickswell are going well, so too are Limerick. Four times their players have captained Limerick to league titles, and the same with Munster Championships. Add into the mix that Diarmuid Byrnes was the victorious Under-21 All-Ireland captain in 2015. Barry Foley, aged 39, scored four points in All-Ireland final against Wexford20 years ago and is now playing midfield with Jack Kelleher, who was born after his teammate made his bow for the county. When Foley won his first of seven county titles in 1993, the likes of Byrnes and Cian Lynch hadn’t been born either. One hundred years after their formation, this is the first time that Glen Rovers have retained the Sean OgMurphy Cup in Cork since 1960. 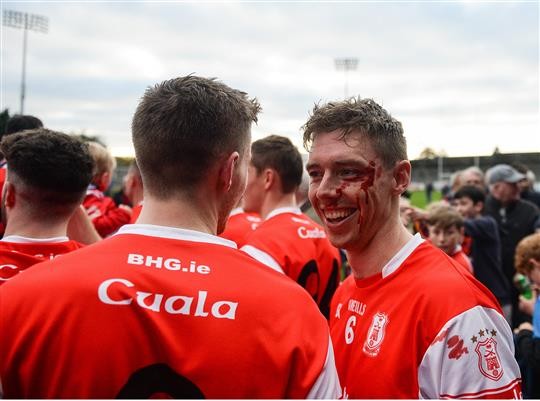 Cualagot themselves a new set of jerseys midway through the season but already they look out of date. That’s because the defending champions had four stars put on their sleeves to denote each county title triumph in their history. After first using the new shirts against St Vincent’s on September 24 in the final group game, they won their fifth crown when beating Kilmacud Crokes last Saturday. But now they will be a star shy against Borris-Kilcotton this Sunday at Parnell Park. When their opposition won the Laois title, they were bringing home the Bob O’Keeffe Cup named after one of the own players. O’Keeffe, an All-Ireland medallist with the O’Moore County in 1915 and president of the GAA from 1935 to 1938, was a native of Mooncoinin Kilkenny but taught in Laois and hurled forKilcotton.

Many of Raharney’s players also line out in football with Killucan and manager Johnny Greville has seen several of the same group play somewhere between 15 and 20 games in the past three to four months. Dual star Brian Smyth, who is based in London, missed the county final win ove rClonkill after dislocating his shoulder in the football semi-final loss to St Loman’s. 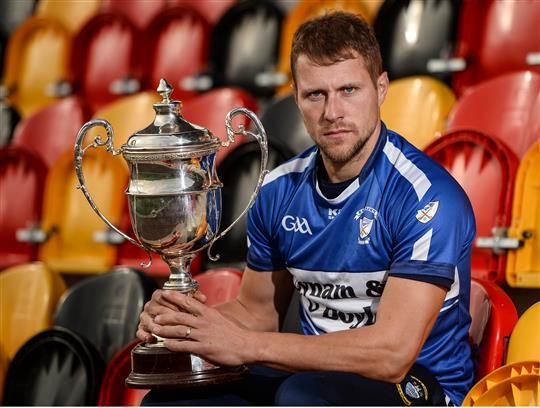 Castleknock appear in a maiden Dublin SFC final on Sunday after only being formed in 1998 and the name that jumps off the team-sheet is of course Ciaran Kilkenny. But they have some other inter-county experience too in the form of Peter and James Sherry — the latter who debuted for Fermanaghin 2003 and captained the side under Malachy O’Rourke. St Vincent’s have current Slig oand Mayo stars in the ranks, Brendan Egan and Enda Varley respectively, and are looking to extend their record county title haul to 28.