Eddie Brennan: Picture it: you’re a Kilkenny manager standing on the line and the game is slipping away

Picture it: you’re a Kilkenny manager standing on the line and the game is slipping away.

It’s easy to play the arm-chair quarter-back and say changes needed to be made, but sometimes you have to ask: “where do I even start?”

I know the feeling, I felt very similarly when my Under-21 team was going down to Westmeath earlier this season. I’d imagine it was the same for Brian Cody in September.

The camera panned to Derek Lyng and James McGarry apparently pleading with him to make changes against a rampant Tipperary, and out go his hands in bewilderment.

My experience this year makes me appreciate what Cody was up against. As far as I was concerned, the game was over ten or 12 minutes into the second half after Tipp ate up the deficit and really threatened to go to town. Realistically, goalkeeper Eoin Murphy spared us a hammering.

Maybe that’s when some of the younger lads should have been thrown in to give them experience of the occasion. But if you start whipping lads off, they’re wondering “why me?”. It was the same with the 21s. You’re just clinging to the hope that the lads on the pitch will do something; you know they’re capable of it.

Some days it just goes against you and you know it from early on. That day in Mullingar, John Walsh had the ball in the net after 30 seconds but the referee brought it back for a foul, having just blown the whistle as the ball was being struck. We needed that score to get us going but I knew immediately we would be put to the pin of our collars.

It gave them a kick, they dug in, they were stubborn, snapping into tackles; you can gauge all that and see it manifest itself as the game pushes on. So making changes? Well, you might have good lads on the sideline but then you’re trying to figure out who is going badly when the reality is that no one is flying.

You can make three changes and be a genius but the flipside is they might not work either. So you’ll be judged on the result and any changes are framed in the context of that. Fine margins dictate very different judgements, and there’s an element of luck too.

I sit on the ‘Sunday Game’ panel and I offer insight, opinion, even criticism but it’s very tough on the line, as I can appreciate for Cody. It’s the players who wear the stripes, who cross the white line, and it’s over to them once the whistle is blown.

I remember being on the bus home from Mullingar and you’re identifying all the little things that weren’t right in the lead-up to the game, things that could’ve been decisive. You do look back and say: this was the issue, oh I can see it now. Maybe Brian feels the same way as he looks to rebuild over the winter.

Even if supporters feel there should have been changes, there’s no abuse over it. It was the same for me. Strangely enough, all I got after the Westmeath game was Des Cahill and Anthony Daly ribbing me. It was what it was. We hadn’t gone up brimming with arrogance and I’ve often said you disrespect opposition at your peril. Our players respected Westmeath but we just came up against a team that ground out the result, that’s it. Fair play to them.

Kilkenny are not in a position not to disrespect opposition, not that they ever did, that’s more something that happens among supporters sometimes. If anything, respecting opposition served us very well. I don’t necessarily mean this in a bad way but my father was one of many who didn’t travel to Mullingar on the night and my mother told me afterwards that he couldn’t believe it when he’d heard we lost. He thought she was messing.

That’s not a criticism of him but for certain Kilkenny supporters, they’re saying “wow, that has never happened before”. Still, there’s been no abuse or criticism and I know myself it’s not good enough, no matter who we’re against. You just have to take the positives which is that 85 or 90 per cent of the lads who togged out that night are young enough for 2017. The lessons and the scars from that night will be evident when we commence our campaign.

As for the seniors, there are talented players coming but there’s no guarantees with that. There was a time when you’d have heard of a Henry Shefflin, a Richie Power or a Richie Hogan from the time they were under-14 or under-16, and that’s not the case just now. Brian says there are players there, and he’s shown frightening ability to bounce back in the past.

When we lost in 2001, we did back-to-back. We were beaten in 2005 when we were probably looking past Galway to the final against Cork, but then we did four-in-a-row. Tipp beat us in 2010, we went back-to-to-back, as was the case after 2013. Brian will target the National League because if you look over his tenure, that’s been his way. 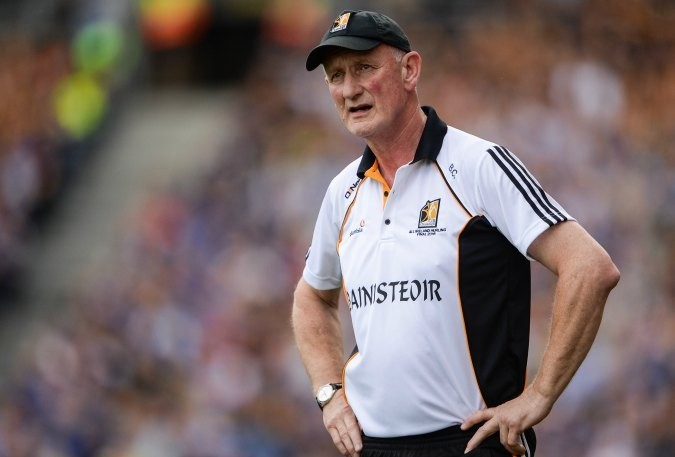 We’re our own worst critics in Kilkenny. When I look back at 2005, I scored 2-4 against Galway but afterwards all I was thinking about was the three points I’d missed. Why? Because we lost by three. That’s the mentality with Brian too but I don’t think he’s working with the same raw materials this time.

He’s after losing Jackie Tyrrell, he has a work to do with the spine of the defence, the achilles injury to Michael Fennelly is a huge concern and he may have to plan without his big leader, and we don’t have the same bench. But that presents opportunities for lads to step up.

More significantly, I think Tipp will be a different animal after winning the All-Ireland this time. Just as we looked past Galway in 2005, I think Tipp did that in 2015. They wanted Kilkenny badly after the replay loss in 2014 and when they scraped past the Tribe this year, I was worried. Semi-finals aren’t about your performance level, they’re about progressing, and they were always going to move on another two or three per cent when facing the Cats.

Personally, I was glad when Galway clipped them in ’15 as I was worried about colliding with Tipp.That year, Kilkenny were still depending on Richie Power who hadn’t played all year, and we don’t have players like that to step in anymore.

Tipp have a good balance to their squad, don’t seem to be getting carried away with themselves this time, are not in the media that much, and I think Michael Ryan won’t let things boil over. So they are out in front right now.

It probably comes across as a little rich for a Kilkenny man to be poor-mouthing after so much success and knowing that so many of this current team have won All-Irelands, but we need to find three to four players. The final showed that. Ger Aylward, for one, will make a welcome return. 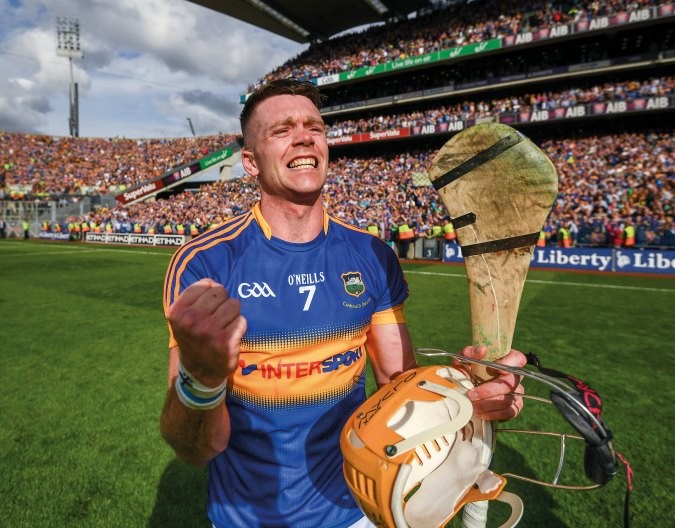 A final point I’d make is on the Hurler of the Year. All three were great candidates and Austin Gleeson is a fantastic player but I always think the award should go to the winning county. In 2007 and 2010, Dan Shanahan and Lar Corbett respectively won the awards but I didn’t agree with either of those — they should get the awards if it was about the best scorer. I felt Tommy Walsh deserved it in ’07 and Brendan Maher in ’10.

At first, I was pushing for Seamus Callanan but then it dawned on me that Paudie Maher had won man of the match on three occasions, and was probably averaging between an eight or nine out of ten in every game. Maher was the main man this year.