We’re talking about players who were so good that you didn’t even need to say their surnames for it to register. Jackie, JJ, Tommy, Henry, you know who I’m talking about.

These guys were personal heroes of mine and now I was competing with them for a black and amber shirt. Not that I was an overnight success, far from it.

Brian Cody first called me into the extended Kilkenny training panels in 2009 and 2010 during the league campaigns. I was just filling in for players in training matches but it really whetted my appetite to stay involved.

These lads had won a four-in-a-row and were the biggest names in the game. Then, after captaining a UL side containing Seamus Hickey, Paddy Stapleton and Brendan Bugler to the Fitzgibbon Cup title in 2011, I got the call-in full-time.


Looking at the team around then, it was hard to see how anyone could break into the side, especially with some players coming up from minor and Under-21 level. The competition was fierce. Just consider the names on the bench for the 2011 All-Ireland final win over Tipp: Mick Kavanagh, PJ Ryan, Cha, TJ, Conor Fogarty, Taggy.


I didn’t make it as part of the 26 that day and knowing that it might take some time to force your way in, you can understand how some people fall off the radar. Life happens, travelling calls some, and of course injuries strike down others. The need for fresh blood at that time was not urgent.


To be fair, if you are playing well with your club then you will get a chance. Brian has always put a big focus on that, and I was determined to do just that with Rower-Inistioge. By the time I made my first championship start with Kilkenny against Limerick in the 2012 All-Ireland quarter-final, I was 25.


Brian Hogan had broken his hand, so myself and Paddy Hogan were pulled aside and told an opportunity was there but only one of us could make it, so we had to prove ourselves. Thankfully I got the nod. I remember being really nervous that day in Semple but once you get into your routine and concentrate on the job at hand, I find nerves disappear.


After all, I was playing in a half-back line in front of my two heroes: JJ and Jackie. I say that about JJ for the pure presence he has in any position and his aerial ability. With Jackie, it’s his leadership and this constant mentality to always push himself and everyone around him to their limits no matter whether it’s for a game or pre-season. 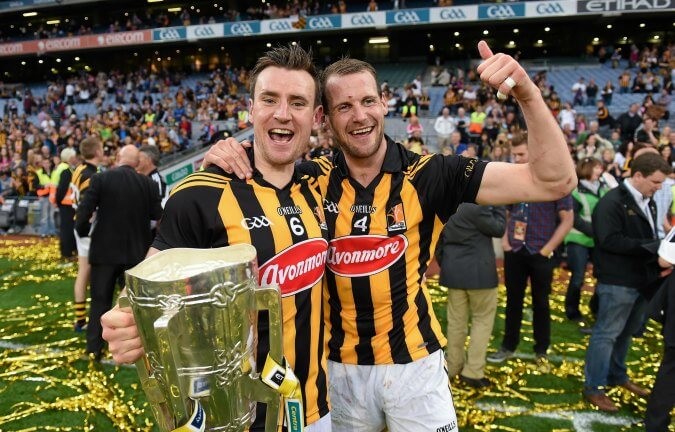 While you’re waiting to make your breakthrough or get back into the team, I don't think it is a case of trying to keep players motivated. Pulling on the shirt is an honour and to do it alongside some of the greats and knowing the character they have and how they set the standard, it fuels you.

Whereas Henry, Tommy and JJ were tone-setters before, now it’s TJ and Richie doing it for the next generation. I’ll be 30 in April 2017 and I believe that the greatest mistake is to live in regret. My current motivation comes from a mindset that the inter-county window is getting shorter and shorter, and to really make the most of it while you have the opportunity.

You want more big moments. The 2014 season is one I will never forget, from the moments sitting in the stand waiting for Hawk-Eye to answer Bubbles’ question, the relief when ‘MISS’ flashed up on the big screen, and then being picked for the replay against Tipp.

When I lose my spot on any team, of course I’m disappointed, but moreso at myself because no one else put me in a position to get dropped. It has a great way of refocusing the mind and body on elements of your game that have to improve.

Your initial motivation is to make the starting 15 and if that doesn't happen, you refocus on benefitting the team. No matter what, you have 15 players starting but another 15 have trained, slogged through pre-season and made the journey with you, so you can be selfish and disappointed to a degree but that must change.

After I lost my place in 2014 when Galway hit us for five goals in Leinster, I was watching on from the sidelines as other lads hit form. I decided to set a personal target of regaining my position within the four weeks to the next game, but it didn’t happen. Before I knew it, we were up against Tipp in September and they were a couple of inches from taking the title.

Afterwards, I suppose everyone knew things had to change for the replay. I was told I was in contention, as I had been training well all year and maintained good form. I had two weeks to prove that so I quickly focused the head and told myself this is opportunity I had been waiting for all year. I got my chance, was given the role of man-marking Bonner, and things worked out.

You never get an easy assignment in a big championship game but we’re always so well prepared for it. In training, you could be marking Richie or TJ; these lads are the standard-bearers, the 2014 and 2015 hurlers of the year. I love the challenge, it’s the only way to get better. If you can limit them, you can limit any top inter-county player and it gives you great confidence going into those games.

The motivation for 2017 is simple: to go one better than 2016. I have replayed the final loss to Tipperary in my head numerous times and what could have been done differently. If I had to do this or that, so I suppose now it is about redemption for the mistakes of the previous year. To try to get back to that stage again in 2017, and right some wrongs. Tipp were the better team on the day so that is the standard set now for us and all other counties to reach. 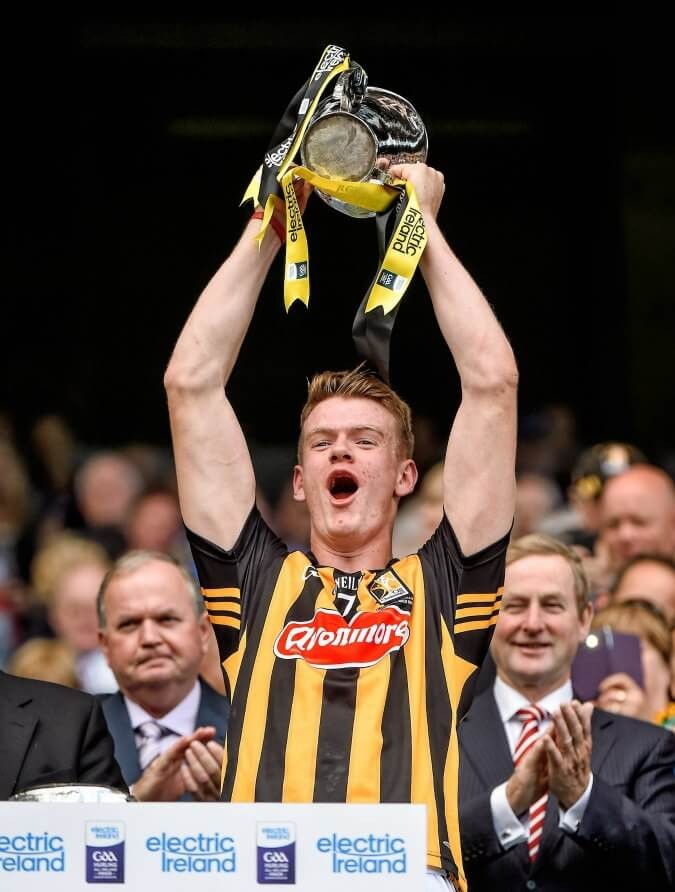 All the while, my brother Darragh will be trying to make his mark in the AFL with St Kilda. It would have been a dream to play alongside him with the county as I have at club level with our other brother Conor, but this is his goal now.

There had been interest in Darragh for three years and at first I thought he might not get it because he was competing with players who played football week-in, week-out in their counties. There’s a different sort of fitness in football compared with hurling, the latter being shorter and faster.

Then of course, his ball skills had to progress to a level to compete with triallists from the likes of Kerry and Kildare. But I saw Darragh change physically, combining size with athleticism; I’d seen him work on his kicking consistently over last year, and he got himself into a mindset where I knew he would make it.

I really do think he will succeed over there; he has a character that he always wants to learn and he will practise until he perfects it, which I think St Kilda saw in him. It is the dream for any sporting person to have the chance to push your body and mind to the limit and to solely concentrate on perfecting your game without the worry of waking on Monday morning for work.

When the time comes, it’s all about taking your chance.