Marc Ó Sé: As soon as that final whistle went, I knew the dream was over

At that very moment I'm thinking: no more training with these lads, no more having the craic and the banter with them. That was something we did very well.No more Fitzgerald Stadium in Killarney. No more Croke Park. No more winning All-Irelands. It was tough to take it all in. After Dublin beat us this summer, I brought my kids Alice and Tadhg onto the field; it was nice to be able to do that.

Fast-forward a couple of months to last weekend, I played my last game of the year with my club An Ghaeltacht in the West Kerry final. We gave our all but Dingle were just too strong for us on the day. With a busted finger and shoulder, I am in no doubt that the decision to retire from Kerry was the right one.
Since my retirement I have been asked on numerous occasions if it was a hard decision. In truth, the decision itself was easy. Waking up on a Wednesday or Friday morning after a hard training session the night before and trying to walk down the stairs in itself was nearly tougher than the session. This year I just found that it took longer to recover after sessions than it did in previous years. So I had my mind made up early that this was my last season clad in the Kerry colours.

The campaign started very well for me. I remember in 2015 it had taken me until the final outing in the league to get a game, but this time I found it easier to nail down my place. And I was playing good football during the league, even getting up and kicking a few scores in a couple of matches. With the news that my partner Ellen and I were expecting a baby in July, it was really an exciting time.
The National League threw the Dubs up against us in the final. This was a game we wanted. They were defending All-Ireland champions going for a league three-in-a-row, and obviously we wanted to get one over them after the previous September.

It fell on the 24th of April, the day I turned 36. Detailed to mark my old friend Bernard Brogan, I was really looking forward to this one. However, the game itself turned into a disaster. I had started very well and for 20 minutes I was driving on and should have kicked an early point, but made a mess of it. Dublin then started to bomb on from midfield and I was under serious pressure for the rest of the match. 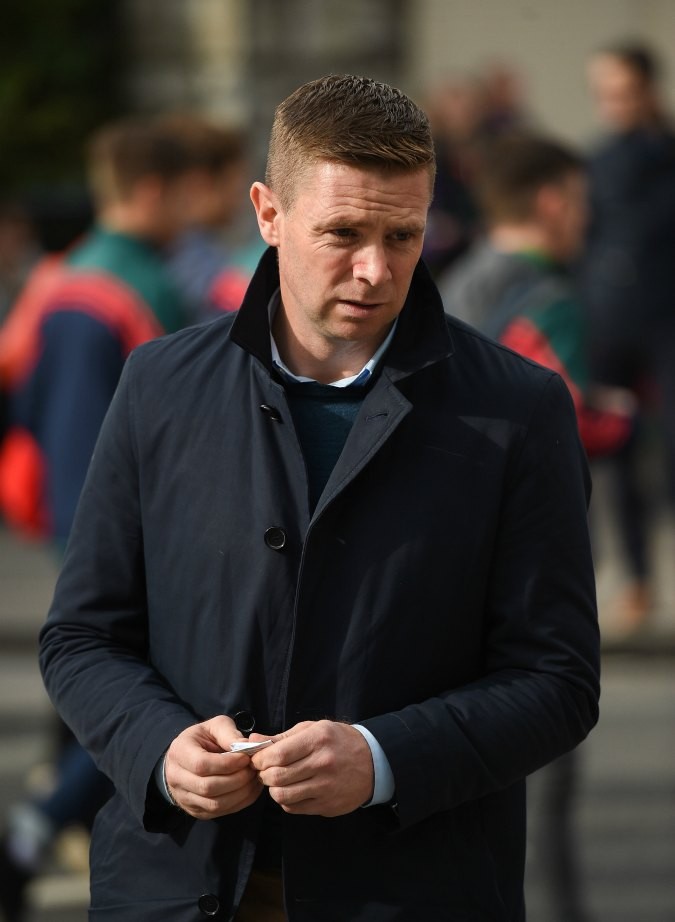 It’s safe to say Bernard won that duel. An article written by big brother Tomás the following day didn't help matters either; the fact that both Aidan O’Mahony and myself were singled out didn't look good for us. It was as if the two old fellas were the weak link. Myself and Tomás argued about it afterwards, I felt he should have left it off, but there's little to be gained from raking over old ground now.

From there on in I was playing catch up. While Eamonn Fitzmaurice never said it, I felt he lost faith in me after that game. Being in this position after suffering a heavy defeat was tough, but I had been there before and managed to turn it around. Players across the breadth of the county and country can identify with this. But I still felt as though I had something to offer and I was hell-bent on showing Eamonn and the lads that I hadn't gone away. Eamonn brought the young and energetic Tadhg Morley from Templenoe into the half-back line and Killian Young reverted back into the corner. It turned out to be a good move; both players didn't put a foot wrong all year.So I now found myself on the outside looking in. I couldn't get my head around it and the harder I tried to break into the team, the more difficult it became.

Not getting a game in the Munster final against Tipperary was something I found very hard to take. I knew this was my last Munster final in Killarney and I was angry with Eamonn. I felt he took that away from me. I felt I had deserved to be on. Not for what I had done down through the years but for the way I was playing in training in the weeks leading up to it.To be fair, I sat down with him after that game and he explained his decision. He wanted to give game time to two players who were recovering from injury, Anthony Maher and James O’Donoghue, as they were going to be important come the business end of the championship. I couldn't argue.

A week before the All-Ireland quarter-final with Clare, Ellen gave birth to a little boy. We decided to name Tadhg Michael Ó Sé after his two grandads. I now was envisaging All-Ireland final day and bringing Tadhg and his big sister Alice up the steps in Croke Park to lift Sam. Every player has something that motivates them and this was mine: one last time for my family.With all due respect to Clare, it wasn't the battle we needed in the lead-up to a semi final against Dublin. I got on for 20 minutes against the Banner and was detailed to do a man-marking job, but I definitely didn't do enough to merit a start against the Dubs. 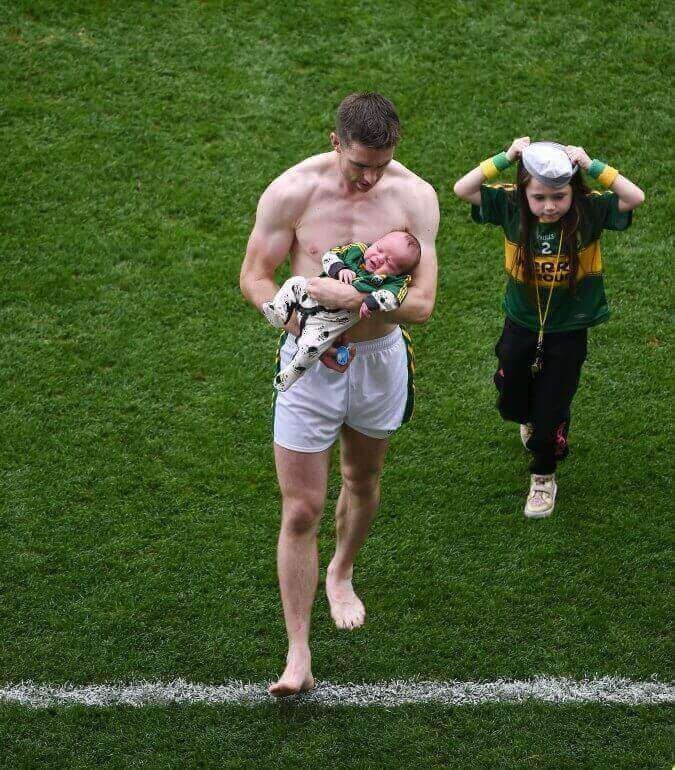 We had trained really hard in the lead up to that huge game. I know I spoke of my anger earlier that season but great credit has to go to Eamonn and his backroom team for how we prepared for the semi-final.But I definitely think that, in the end, all these games come down to the small breaks. The ones that we got against Donegal in 2014 were the same ones that didn’t happen for us in the semi-final with Dublin.You’re left with ‘what ifs’.

We all know about the Peter Crowley incident when Kevin McManamon bulldozed him, but credit to Dublin for going down the field and getting that huge score through Diarmuid Connolly. And that was it. It was over. The chance of getting back to an other final was gone. A lot was made of the fact that I came on for Paul Geaney. Our best forward on the day and pound-for-pound the best inside forward in the business. Eamonn has come out since and said this was probably a mistake. I still felt we could have pushed on and won the game but it just wasn't to be. No more green and gold.

I have given more thoughts than few could imagine about life without football. Football permeates all I do, say and decide. I was lucky to have a county and a family that made all that possible, but how can a man turn that type of passion off?A passion as strong as that demands daily attention and that's something that you cannot turn off with the flick of a button.Same as ever, it seems as though I’m following my brothers’ lead. Once, it was down the Kerry pathway; now, as a columnist. Whether that is enough to scratch the football itch I’m not yet sure, and perhaps I’ll turn my hand to management in some capacity as Darragh has done with the Kerry Under-21s. Who knows when, or with whom. I certainly don’t, but I do know I’ve another club season in me.

No matter how it goes, there’s no off-switch for my passion.