Marc Ó Sé: High time Kerry made it harder for Tadhg and the AFL

Thirteen stone of me wasn’t much use to Kieran McGeeney when he was on the ground fighting some Australian monster.

What was I going to do, really? So I said to myself, “you’re not going to get far against a 6’4”, 16-stone man”. Let’s be honest, operating as a peace-keeping Irish envoy was about the height of my ambitions.

The thing is, I’d been excited to wear the Ireland jersey, and I’d always wanted to say that I’d done it. But after the 2006 International Rules Series, and the disgrace we saw above in Croke Park, my opinion of the compromise game has been soured.

I’d enjoyed seeing the battles during the 90s but this was different. Paul Galvin often tells the story about walking around for the parade that day in 2006, and I think it sums up why I feel this way. The Aussies hadn’t been happy with Graham Geraghty who’d been cited for kneeing Lindsay Gilbee in the head, and they were roaring at him before the second test. “You’re dead meat, Geraghty, we’re coming for ya mate.” They got him, too, sent him home on a stretcher.

So from being entertained when watching those battles as a spectator in the 90s, I didn’t want anything more to do with the Rules. Perhaps it’s part of the reason that the talent drain from Gaelic football, and particularly from Kerry, sits so uneasily with me. My experience of it is that players don’t come back the same. 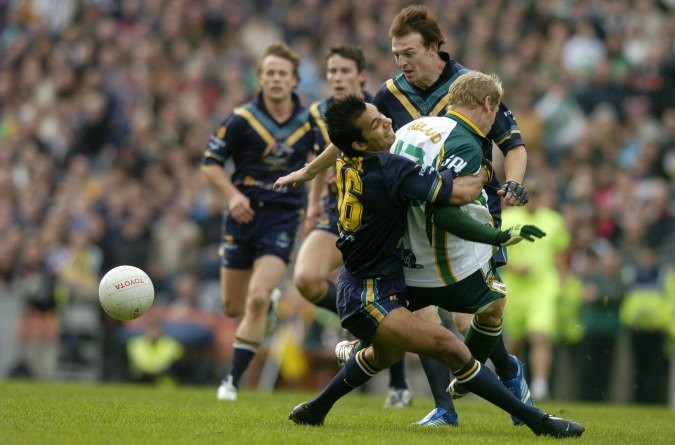 Mark O’Connor has signed for Geelong and there’s no better man to make a right go of it. If we’re honest, history shows us that far more players fail over there than succeed, so it won’t be easy. Tadhg Kennelly was among the exceptions; as was Sean Wight in the 80s, another Listowel man to make it there, lord rest his soul. Jim Stynes will never be forgotten.

Pearce Hanley, Zach Tuohy, they’ve made great lives for themselves too. Plenty have come back though, Michael Shields, Ciaran Kilkenny and John Heslin being theee. And look at Tommy Walsh, an All-Ireland winner when he left after the 2009, we’ve seen how difficult it has been for him since coming back. His hamstring was torn off the bone and it’s actually only now that he’s coming back to himself. I wouldn’t be surprised to see him back in with Kerry.

But it’s the welfare issue that bothers me. O’Connor is from great stock in Dingle, I know him and his family, he’s going out there with his eyes open, but I worry about Mark. He has had issues with his knee and I wonder will he be run into the ground out there, or will he be looked after? With Kerry, they were always doing the right thing with his knee and not overdoing it — minding him. His welfare didn’t require a second thought. What about now?

This guy was an integral part of a hugely successful minor team for two years and he was shaping up to be our answer to Brian Fenton. The man who would take over from Anthony Maher or David Moran down the line. That’s a bitter pill to swallow as a Kerry man. We rear these young lads to be successful but, within that, for the success of Kerry.

Because that’s the hat I have on here. I love Tadhg Kennelly, I played with him as a minor, won an All-Ireland with him in 2009; I mean, those memories are just incredible. He’s a typical Kerryman: a touch of a rogue, great craic, one of our own. But I’d rather he went elsewhere looking for players.

He’s his own man and best of luck to him with it. I’m sure he has the best of both worlds now, a great job in Australia and one where the scouting allows him to keep ties with Ireland — it’s a great opportunity. Obviously I don’t know what’s going on in his head because I don’t get much chance to see him. Probably only seen him a few times since 2009 actually, and one of those was his wedding. 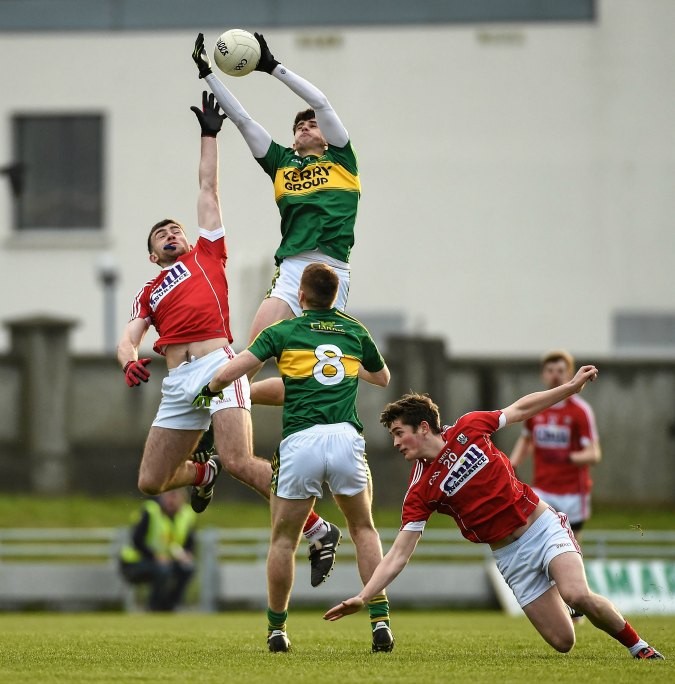 I heard this week that five Kerry players were put through their paces by Tadhg at the AFL Europe Talent Combine in UCD. Five players, five! Dara Moynihan, Stefan Okunbor, Niall Collins, David Shaw, Brian Sweeney. Think about it, that’s five lads at the top of the food chain in their age group who could be an answer in a senior Kingdom shirt. David Clifford, who has another year minor, he’s being tapped up as well.

I saw Killian Young saying we need to hold onto our upcoming players and I don’t want to see them poached either. Think of all the work that goes into developing the underage set-up and all the hours of coaching involved. It’s a hard pill to swallow when you have to wave the white hanky at them getting on a plane.

It’s getting to a stage now where the Kerry county board need to address this. To identify ways of making it more attractive for our young stars to stay around. Because otherwise they’ll be off wearing the colours of some team they’d never even heard of when they were growing up instead of the famous green and gold. Even if I respect Tadhg, I still want us to make it harder for him.

The truth is, I don’t even think the game even suits us. The number of lads who came back says as much. Young Aussies grow up playing the game from an early age and it’s second nature to them — the same way hurling is here to those who drop into the delivery room swinging an ashplant.

There’s just too many examples of lads coming home from the AFL that maybe we just need to look at ourselves and say: this isn’t for us, this isn’t something we need to be at.

What they put their bodies through over there is very different to what we’re used to too. Mark O’Connor has what it takes but that’s precisely why we need to be holding onto the likes of him. To Clifford, to those five other lads.

Too much work goes into these footballers to see Tadhg whisking them away.