Players who have played in provincial finals in both codes

If only basketball legend Michael Jordan had made the same breakthrough at baseball after switching codes as the men in this list.

The Chicago Bulls hero retired from hoops and moved to minor league side Birmingham Barons — pursuing the vision of his late father. But it was in his first code where success had come, and that’s where it lay once more upon his eventual return to the NBA.

Most of the GAA stars in our list who have played in provincial finals in both codes are from dual counties, but others have found a way in other circumstances. Please let us now on social media of other players you would like to see on the list.

Both Foley brothers — Lar and Des — won Leinster titles with Dublin in either code and collected a hoard of medals between them during their fantastic careers. Des had the honourable distinction of winning Railway Cups in both codes on the same afternoon in Croke Park, playing midfield in those 1962 finals. Lar, who was Dublin hurling manager from 1989 to 1993, was the Texaco Footballer of the Year in 1963.

One Brick at a Time

Michael ‘Brick’ Walsh has won three Munster titles with the Waterford hurlers under Justin McCarthy (2004, 2007) and Davy Fitzgerald (2010), though on six occasions he has suffered defeat — five times against Tipp. Brick has been a fantastic footballer over the years too and led Stradbally to the 2004 Munster final where they lost to Kilmurry-Ibrickane after a replay. He was also part of the Waterford Under-21 football side that beat Kerry in the 2003 provincial final, upsetting the likes of Bryan Sheehan, Kieran Donaghy and Colm Cooper on the day.

Offaly are the first county to win an All Star in hurling and football in every position so producing great dual players seems like a natural extension for this small midlands county. Liam Currams remains the one Faithful star to have collected that individual award in both codes and he did so on successful teams — winning a hurling All-Ireland in 1981 and a football crown in ’82. Back in those days, it was only through the front door of the provincial championships that winners were made so, of course, Currams is well stocked with five Leinsters (two hurling, three football).

Alan Kerins famously won provincial and All-Ireland club titles with Clarinbridge (h) and Salthill-Knocknacarra (f) and also won provincial titles with Galway in both codes before the hurling version was disbanded. Daithi Burke has featured for Galway in both small ball and big, and though he is currently lining out solely for the hurlers (playing in two Leinster finals), he has also won it all in club football with Corofin in 2015. 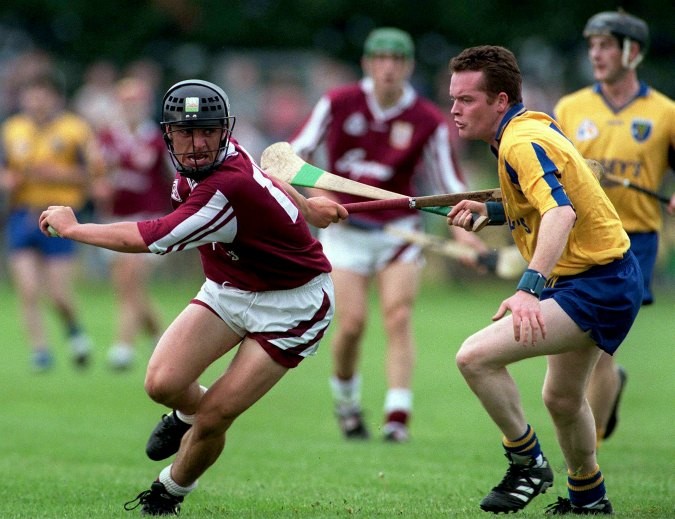 David ‘Dotsy’ O’Callaghan won two Leinster football titles with the Dubs before he decided to focus on hurling and his ambitions with the small ball were finally realised as he lifted the Bob O’Keeffe Cup in 2013. It was a similar story for Conal Keaney after that landmark win over Galway, as he had won five provincial crowns in the other code before a 2011 switch. Keaney was part of the Ballyboden St Enda’s side that were edged out by Birr in the 2007 Leinster club hurling final, before winning the football version in 2015 (along with the All-Ireland the following March). Dotsy had transferred to Boden for the latter season but left the football panel after the county final to go travelling.

Little dynamo Jamie Barron has played in two Munster senior hurling finals with Waterford — losing to Tipperary in 2015 and 2016 — and was on the wrong end of a 3-5 to 2-4 defeat to Austin Stacks in the 2015 Munster club football final with this club. The reigning midfield All Star in hurling does, at least, have the consolation of a league title with the Deise in 2015 and the promise of more successes to come.

Gary Brennan is widely regarded as one of the finest midfielders in Gaelic football and inevitably would be more high-profile with a more successful county. In 2012, he led Clare to a first Munster football final since the millennium year, a game though that Cork won at their ease. In 2016, his goalscoring heroics from centre-forward allowed Ballyea hurlers to force extra time against Thurles Sarsfields in the Munster semi-final at Cusack Park, giving the club its first ever provincial final berth.

Pull the other One

Brendan Cummins is one of the number of players whose career has been defined in one code but he has also been prominent in the other. Seventy-three hurling championship appearances returned five Munster hurling titles and two All-Irelands but from 16 football championship outings, he also lined out in Munster football finals in 1994, 1998 and 2002. Keith Higgins has won six Connacht football titles but he is known as a fine hurler, having represented his county for years. With his club Ballyhaunis, he won a Connacht junior title in the small ball and his sharpshooting led his side to the intermediate final in 2016. 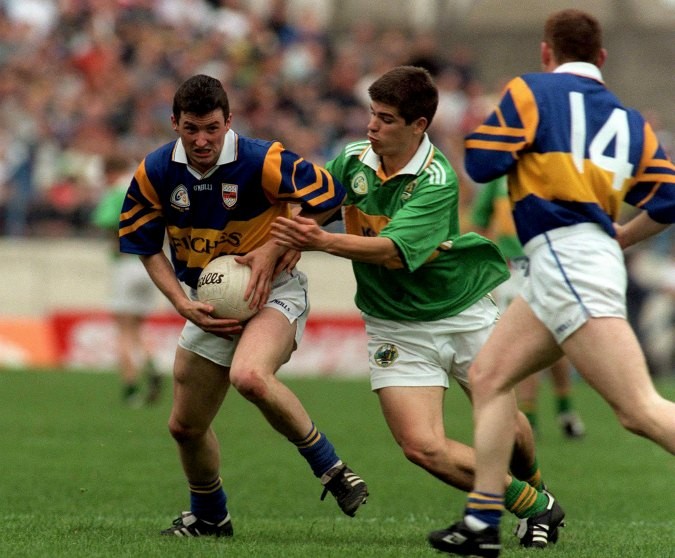 Dual of the North

Kevin Armstrong scored the goal that beat Kilkenny to secure a first ever All-Ireland final appearance for Antrim in 1943. That came on the back of a third (of eight) Ulster hurling crown and he would also add two provincial football gongs — doing the double in 1946. Geoffrey McGonagle and Kieran McKeever both also did the provincial double with Derry.

Frank Lohan played in a number of provincial hurling finals and on three occasions came out on the right side of the result: 1995, ’97 and ’98. In the middle of those, Lohan also lined out for the footballers in a Munster final against Kerry in ’97, coming on in the forwards to score a point but the Kingdom prevailed. Joe Considine played in Munster finals for the big ball too, while winning everything en route to the 1999 club hurling All-Ireland with St Joseph’s Doora-Barefield. The Cratloe men lost the Munster football final to Dr Croke’s in 2013 and fell to Kilmallock in the hurling decider a year later. Podge and Sean Collins, Conor Ryan, Cathal McInerney and Conor McGrath are among those Banner stars to feature in both games.

Aidan Walsh is the most recent Cork man to play in both provincial finals but they have a long history of red warriors to do so. John Allen, Jimmy Barry Murphy, Sean Og O hAilpin, Teddy McCarthy, Diarmuid ‘The Rock’ O’Sullivan, Brian Corcoran, Ray Cummins and the list goes on.