Some of the more unique All-Ireland Club championship seasons

Winning an All-Ireland title isn’t straightforward. You need quality, consistency, injuries to go your way, and often a healthy slice of luck. Sometimes, it’s just down to availing of circumstances and it takes a good side to do that. Whatever way you do it, history shows us there’s more ways than one.

Inspired by the success of UCD, Thomond College decided to enter the Limerick championship and went all the way to the Limerick county final in 1977, beating reigning champions Croom in the final. On they went to the Munster final and added that title to their locker by dethroning Austin Stacks – aided by a crucial goal from Kerryman Pat Spillane – in the semi-final and beating Nemo Rangers in the final. By this stage, Thomond had established themselves as serious contenders and they did take the title back to the Treaty County, though surprisingly there was not one Limerick man on the team. Spillane – who would be named Footballer of the Year in ’78 – and his brother Mick were two stars on the team, along with Sligo’s Mick Kilcoyne and Galway’s Brian Talty. This Limerick team — in name only, many would claim — took the title with a 14-point win over St John’s. 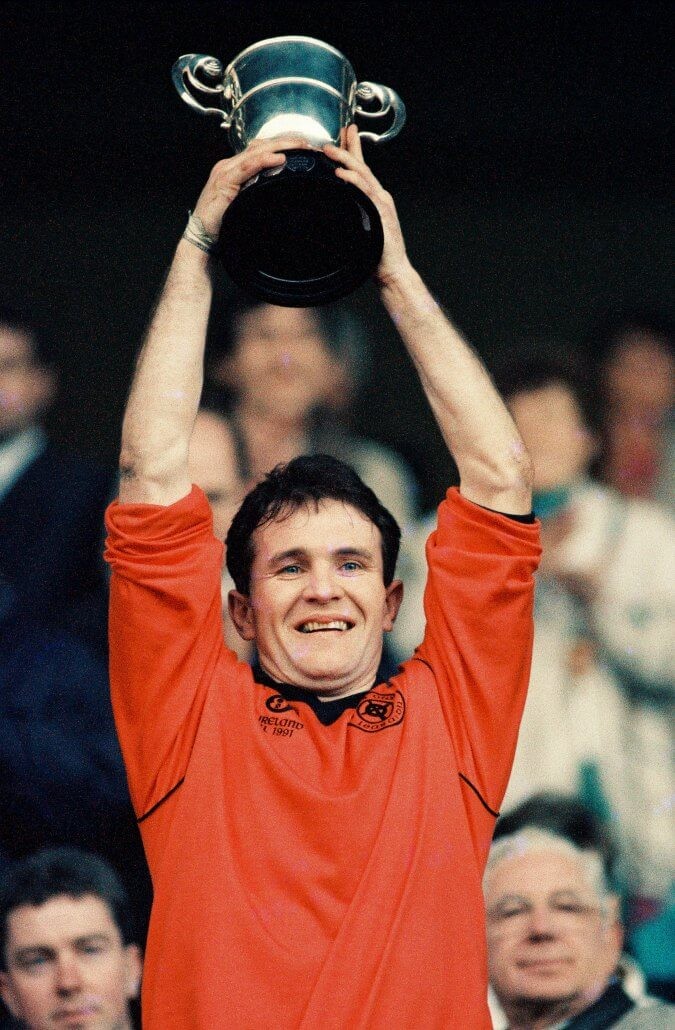 Again, there was plenty of pedigree in this Derry club team but it’s that parish feel and a poignancy that sets it apart. Lavey is comprised of two townlands – Gulladuff and Mayogall – and had a total population of somewhere in the region of 1,300. Nothing too strange with that, as it happens. But that seven McGurk brothers featured in the final win over Salthill gives it an edge, with 43-year-old veteran Anthony McGurk, a two-time All Star winner, making a final emotional appearance for his club as a substitute. Johnny McGurk, who won the Sam Maguire Cup with his county in 1993, was captain on the day: “My greatest memory is of lifting the cup and seeing the whole parish of Lavey down below me in Croke Park.”

It seems you can’t get too far in Cork club football without crossing swords with Nemo Rangers. O’Donovan Rossa would have to do that after starting out the Cork championship as 33-1 outsiders. But the Skibbereen club, backboned by Tony Davis and Mick McCarthy, were on a great run and beat Nemo in the final to win their first – and only – county title. Indeed Davis pointed out how much it meant to him on League Sunday a couple of years back. They beat St Senan’s, Kilkee of Clare in the Munster final and went on to eliminate 1991 club champions Lavey in the All-Ireland semi after a bruising encounter. O’Donovan Rossa needed two bites of the cherry to beat Carlow’s Eire Óg in the final, drawing the first game 1-12 to 3-06 with McCarthy scoring all but four points. There was controversy in the replay when Eire Óg’s Joe Hayden had what would have been a winning goal disallowed in the depths of injury time.

We might be cheating somewhat with this selection when you take into account that both Tony Hanahoe and Jimmy Keaveney were on the St Vincent’s side that raised the cup this year — so they might have expected glory given the quality on show. Now the little caveat in this is that UCD had been prevented from defending their All-Ireland title and completing a three-in-a-row attempt, having beaten Lurgan Clan na Gael in 1974 and Nemo Rangers in 1975. The reasons being that the university side were unable to fulfil the county final fixture due to examinations and Vincent’s were awarded the Dublin championship by default. So in that respect, we have our little surprise. The All-Ireland club final was a washout for Vincent’s as two Hanahoe goals helped them beat Roscommon Gaels by 17 points, and make up for a final loss to Nemo Rangers three years earlier. 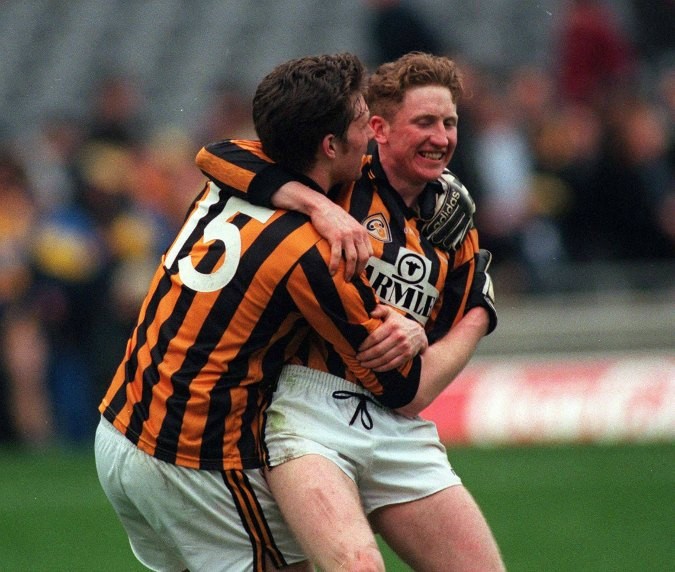 They came acropper in 2016 but at this stage of game it seems a little strange to think of anything other than victory being peculiar for Cross. And while they had routinely racked up Armagh county titles throughout the 20th century, the next step had always proved that bit more difficult. The breakthrough came in 1996 when they won their first Armagh title in ten years (the first of 13-in-a-row) by beating Clan Na Gael 3-12 to 1-04 in the final. They beat Mayo’s Knockmore by eight points in the All-Ireland club final to lift the title for the first time, a trophy they have now won six times.