The world of Sports Psychology with Keith Begley

Sports psychology is very much a part of modern GAA life. When you come up against a team with 15 good players, the last thing you need is your worst enemy appearing between your two ears.

Inter-county and club teams throughout Ireland are trying to tap into their players’ psyches to improve performance and this week we take a look into this area with Keith Begley.

The Banner native is an accredited sports psychologist with the Irish Institute of Sport and in 2016 worked with the Clare senior football team. He is also a level 2 coaching tutor with Leinster GAA and helps deliver the new Award 2 GAA coaching course in hurling and football across the province.


A lot of athletes try to get psyched up for a sports performance when, in actual fact, psyching up can for some players be most unhelpful.

It can increase performance anxiety to such a degree that you are unable to execute the skills required to their optimal level due to the stress you’ve put yourself under.

How often have we seen sports men and women fall asunder when the need was at its greatest? Think Sonia O’Sullivan at the Olympics in 1996, Rory McIlroy when he blew a massive lead at Augusta 2011, and likewise Jordan Spieth in the 2016 Masters.

Lee Westwood summed it up by saying: “In my case what happened next in 1999 was that I fell apart over that back nine. When I saw I was in genuine contention that year I felt like throwing up. That remains probably the most nervous I've ever been on a golf course.”


There’s been plenty of cases in soccer too, notably when AC Milan froze during the 2005 Champions League final against Liverpool despite going 3-0 up before half-time, and then eventually losing on penalties.

In a GAA team context, we have seen the Waterford (2008) and Limerick (1994) hurlers capitulate in All-Ireland finals. The likes of the Galway hurlers and Mayo footballers, among others, have endured heartache over the years when they’ve seemingly had the personnel to win. 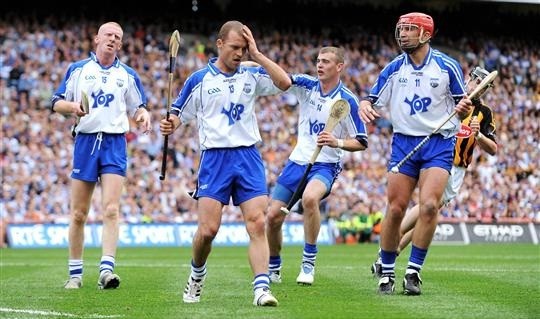 Performance anxiety is often the cause — it can be most unhelpful and even hinder performance. It can take either or both of these two forms:

1.) Psychological anxiety, which impacts the brain

2.) Somatic anxiety, which goes for the muscular system


Psychological anxiety can affect your decision-making on or off the ball, interrupt your sleep on nights before a game, and hinder your ability to feel relaxed or in control.

It can also bring on worrisome thoughts – be that about rival players, the crowd, your coach, or family members’ perceptions of individual performances. All of which may make the suffering player uncomfortable.

The combination of an increase in both psychological anxiety (head worry) and somatic anxiety (muscle worry) at the same time forces the body and mind to overheat. Performers then struggle to execute what are considered relatively easy tasks.

In fact, a lot of athletes need to be psyched down to perform, as the natural charge of the competitive environment brings them over the edge to a level where their performance is hindered by nervousness.

Some things you can do to alleviate this are: