Incredibly, Slaughtneil are on the road once again as they travel to Greenford in London.

The All-Ireland double-chasing side are expected to come through but St Vincent’s will be the other huge favourites of the weekend.

As the final provincial titles are decided, so too will the provinces collide in Nenagh, Parnell Park and Semple Stadium.

Should St Vincent’s overcome road in the Leinster SFC club final, they will join Portlaoise at the top of the honour roll on eight titles. That will make it a run of three provincial titles in four years for Diarmuid Connolly who has also won four of the last six Sam Maguire titles on offer. The star attacker has been the subject of close attention this year and has ended up with a ripped shirt on four occasions since the drawn All-Ireland final against Mayo. As it happens, he has a man from the green over red on his side: forward Enda Varley. Rhode have one of the game’s best shooters in Niall McNamee but if they are to spring a surprise, they’ll have to do it without Anton Sullivan and corner-back Jake Kavanagh who have jetted off on a tour to Lebanon with the Irish Army.

It’s been a record-breaking year for Slaughtneil: winning Ulster titles in hurling, football and camogie. Few could’ve predicted it and their ability to continue winning week-on-week has been the story of the year. St Kiernans, however, have picked up all four titles available to them this year and Adrian Moyles will lead the charge as captain. The London native, whose parents are from Mayo, was an underage player at Chelsea under Brendan Rodgers and a former youth teammate of James McCarthy with Ireland. 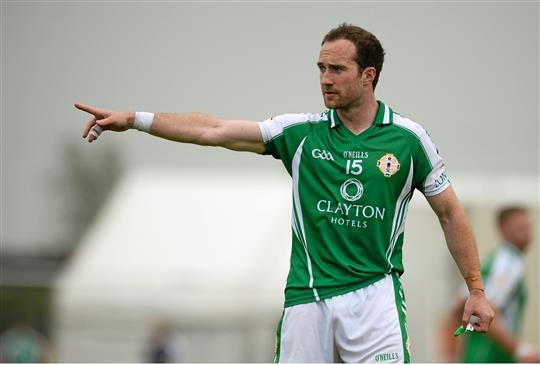