Donegal’s current position is one of transition, but Michael Murphy remains a driving force behind any All-Ireland challenge.

The Glenswilly captain is heading into his eleventh season as a senior inter-county player after making a goal scoring debut against Leitrim in a 2007 qualifier.

At just 27 years of age, his journey is far from over but with a raft of players leaving the panel over the winter, expectations have changed for his and Rory Gallagher’s side.

Rory Kavanagh, Christy Toye, David Walsh, Colm McFadden, Eamon McGee, Leo McLoone, Anthony Thompson, and Odhran MacNiallais have all either retired or stepped away for the coming season - with 16 Under-21s now helping make up the panel.

Though they lost the Ulster final to Tyrone by just two points and an All-Ireland quarter-final to Dublin by five, Donegal likely won’t be mentioned among the favourites for Sam Maguire in 2017.

“You’re not going to come out and say it’s something you’re going to do,” says Murphy of winning the All-Ireland. “I still believe it yeah, we do have the ability and footballers to do it.”

“I think we’ve a hell of a lot of things going for us but I know one of the main focuses of this first year, where we’ve maybe a three or four-year plan, is the development of this whole squad.”

“Hopefully success at maybe league and provincial level, if that does come, without a shadow of doubt we’ll be going for an All-Ireland.”

“But I’m not going to sit here and say we’re going out to win an All-Ireland when I know myself that the development of all these players is the big one.”

Murphy will soon try his hand at playing rugby with French side Clermont as part of the Toughest Trade, a documentary series created and produced by AIB as part of its #TheToughest campaign. 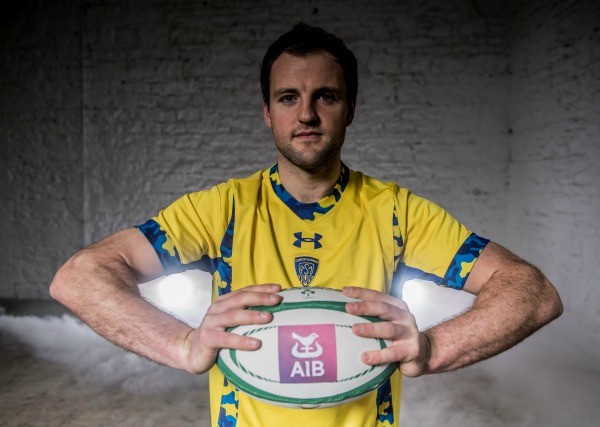 He has always enjoyed watching the sport and, while at college in Dublin, he regularly attended Leinster and Ireland games. He’s heading into the unknown though, and understands that there’s a certain physical risk when fronting up to the likes of Wesley Fofana, Aurelien Rougerie and Co at the Stade Marcel Michelin.

He doesn’t even have the advantage of speaking some pidgin French, chuckling that he instead studied German at school. For a man who has invested so much of his life into Gaelic games - pursuing his dream with Donegal, as he points out more than once - AIB’s The Toughest Trade offers some variety to the commitment and responsibility of county duty.

MacNiallais (24) is taking a year out and no doubt the hour-plus commute from Gweedore to training played a part, while elsewhere Dublin have seen Rory O’Carroll and Jack McCaffrey take time away from the capital panel.

Many moons ago, Murphy turned down the chance to play Aussie Rules and the likes of Geelong - but he has no regrets.

“Definitely there was opportunities there to go forward and go at it,” says the number 14. “I wouldn't have hacked, I don't think so.”

“There were some times I'd say to myself, I would love to be out in a professional environment and that was probably my opportunity to go and do that. To live in Australia, I wouldn't have been cut out for it, not a hope.”

“I just would have missed home too much!” he adds. “I know myself. I'm quite honest, that time and it still is, I just want to play for Donegal. I want to play for as many years as I can with my county and with my club.”

“That was my real big desire. Yes, being a professional and waking up in the morning and trying to get your body in the best possible shape, that there was the desire to go and live a professional lifestyle but what do you really want to do in a sporting context?” 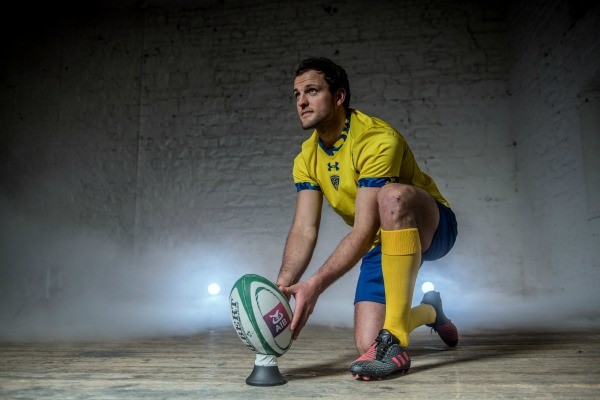 Murphy feels that he didn’t play his best football during the summer of 2016, with the media continuously suggesting he had been suffering with injury problems.

Any suggestions that Murphy’s powers were waning were put to bed with Glenswilly as he hit 1-5 and was named man of the match in the final of a tournament he sponsors: the 2016 Michael Murphy Sports and Leisure Donegal championship.

“The reason there’s talk is when you struggle with form and you are not maybe playing as well as you want yourself, that’s the big one,” says Murphy.

“Obviously I wouldn’t have been really that happy with the way I was going last year and that was probably one of the reasons it was maybe levelled at me in terms of injuries. But no the body felt okay.”

“I think this year is one of the first years I’ve got a good run at a pre-season too so please God that will stand to me. Just plugging on, keep truckin’ on and try to do better.”