Eddie Brennan: Don't Get Into A Tug-of-War with Club Managers

The big talking point of the new year has been the emergence of CPA with a very specific agenda: the club fixtures. And it's no surprise really. The amount of draws in All-Ireland and All-Ireland semis in recent seasons has really brought the plight of club fixtures to breaking point.

InKilkenny, there is no football to complicate fixtures. While I was part of the senior county squad, we had our training schedule eight to ten weeks in advance based on the league and championship — loosely planned around making both finals. Our club games factored in three matches being played between league play-offs and the first round ofLeinster, with the final two run off after theLeinsterfinal and All-Ireland semi-final. It seemed to be win-win all round.


Only since I retired did I see the problems that came with it; a lot of the summer months without any meaningful matches when the long evenings should be filled with intense trainings sessions, and challenges with a championship game on the horizon.

Two years ago, along with three members of our club including the chairman, I met withDeclanBrowne to discuss the possibility of him taking over our club intermediate team. One really strong selling point was the two parts to the club year: those three games between April and May, and a good break until mid-July for the next game. Then depending on the county making an All-Ireland semi-final, we had a round on the second weekend in August, with championship knockouts the weekend of the football All-Ireland.
He was able to plan out our year and his own life pretty well to include letting lads off to get their summer holidays out of the way. He was really surprised. Being based inTemplemore, I'd have heard about theTippscene and the hardship of being a dual county when both their hurlers and footballers enjoyed such a great year. I heard about mid-week games in football and hurling at the weekend. If ever I felt sorry for any administrators, it was the fixtures committee inTipp.


There’s nothing worse than a game being fixed with an "if the county win" clause attached.
The solution for me is to be found earlier in the calendar year: scrap all O’Byrne Cup, Walsh Cup, and Munster league currently running involving colleges. Walsh Cup in particular has thrown up very one-sided games which are meaningless.Tippwere right to withdraw from the Munster league. January is for third-level games to be finished by the first week in February, and then we should commence the national league.


My opinion would be to run off league games, tailor in certain weeks for club action, then have knock-out league followed by more club depending on continued involvement. Provincial followed by more club, then knock-out championship every two weeks, with no long or short breaks for provincial winners — just the same for everybody. I know it's not as simple as that but for me a working group involving current club players, past club players, along with fixtures committee workers should be given the task of finding a workable solution.


As an inter-county manager in charge of theKilkennyUnder-21s, last year I experienced first-hand the obstacles that can arise with clubs. For me, it was about communication — talking to club managers regarding games and compromise. It not as simple as that but getting into a tug-of-war or trying to dictate to them certainly doesn't fly. My worry was players coming back to me injured, but that's part of the game so long as they haven'tblackguardedplayers. 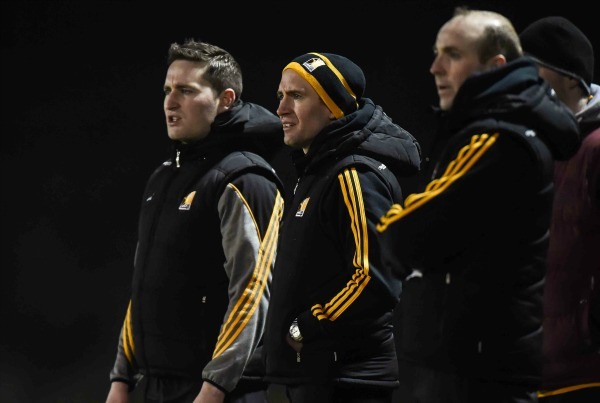 I can certainly understand why managers want to defer club games but a county board allowing an inter-county manager to be an authority on club games is an absolute no no.Donegalwon the football in 2012 and what happened in their club championship was disgraceful — some reward for winning an All-Ireland! There were no club games played all summer on the instructions of the boss.

The St Brigid’s letter is confirmation of what has being going on at county level for eight to ten years, so I wasn't too shocked by it. Dictating to adults what they should and shouldn't do! And then to be completely hypocritical, it mentions the words fun and enjoyment. The European Convention of Human Rights allows for individuals to be individuals; it's the club who facilitates this type of Hitler-style management that I blame.


A friend of mine who was drafted into theKildaresenior football squad a few years ago told me of weekend training camps where your car keys were surrendered on a Friday evening and not returned until Sunday afternoon. He had a wife and kids living 15 minutes away. I would simply refuse point-blank to comply, not if I never wore a county jersey again. And I'm sure there's many more episodes like that. Joe Brolly recently discussed how county players were turning into robots with the lifestyle and regimes. I want players to get the best out of themselves and look everywhere for that edge. But the foundation of it has to be an enjoyment factor and showing off what's great, as our heroes of the past displayed.


At this time of year it's not hard not to reminisce on the training sessions county players are enduring in the most extreme of weather. I don't miss them. But they were essential in building spirit and mental strength — well they were for me, anyway. The nights we trained in the rugby pitch inKilkennycollege were a serious battle with yourself. I always calculated what was ahead and how quickly it would be over. I had to be able to see the end was in reach. I always went in the first group for circuits combined with running. In there you’d usually find the fittest lads. My thinking was two-fold, my fitness would be spot on. Jackie, Larks andHeritywere all trying to outdo each other and also it was a mental test not to be bested by them, despite my being older.AlsoI was finished ahead of others.

As the 2017 National leagues edge closer and daylight slowlyconquersdarkness, you can't but feel excited to see how the movers and shakers line up. With the rust well polished off and the fine tuning cranking up in county squads, it's not only the battles on cold afternoons that draws me in this year. But the added sideshow of this club debate and the CPA will no doubt encroach the main stage in the coming months.