Marc Ó Sé: Torturous away journeys and staking a claim, that's the league for you

The minute league games were fixed, I would always look at the away journeys. The likes of Derry or Tyrone on the road, you can imagine the torture of dragging our rumps up and down the length of the country on the bus of a Sunday, and how it was worse again when we lost.

Back in the boom, we actually used to fly up to the faraway counties. I remember one year, I’d say it was 2008, when we went by air up to Donegal - ’twas an awful day and we ended up losing the game by a point. But what I remember more than anything was the wind that assaulted our plane on the journey down home. There was a genuine fear on board.

Anyone who flies into Kerry Airport will tell you that the turbulence can be bad, especially if you’re flying in a propellor plane. Just before we came in to land, the plane took an awful dive altogether. “What the hell is going on here?” we were thinking, getting visions of the Busby Babes back in the day — that’s not a flippant comment either, it was that scary.

So while this was going on, I’m there looking around, trying to get my bearings. Then I see our manager Pat O’Shea and our selector Sean Geaney, and the two of them were as white as ghosts. It was the only thing that gave me a bit of a laugh all day. Because it’d been awful day out, losing by a point on a rotten afternoon, but seeing the two boys as pale as ghosts cheered me up no end. That’s the league for you.

If you’re a young fella trying to break onto a team, it actually is a great springboard. Aidan O’Mahony retired recently but if you go back to when he started in 2004, himself and Paul Galvin were brought in by Jack O’Connor to add a bit of steel. I had been on the team for the two previous seasons but I was away then with An Ghaeltacht in late ’03 and early 2004 for the All-Ireland club series. After we lost to Caltra, I expected to slide straight back into the defence but I was on the bench, left looking in. But that’s because Galvin and O’Mahony had taken their opportunity, meaning I had to work harder still to regain my spot. 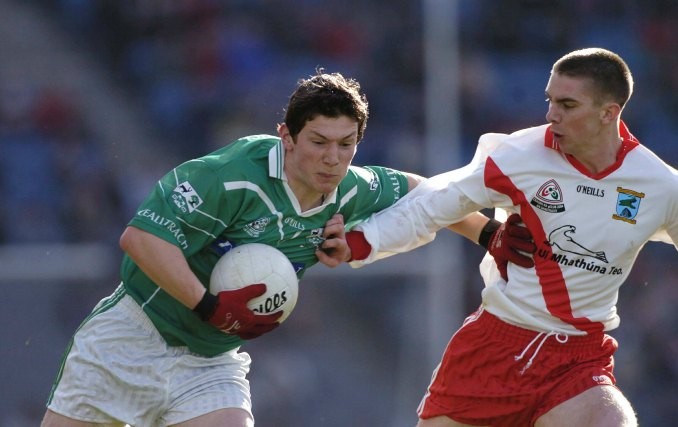 It just goes to show if you’re willing to fight for a league jersey and do well enough, you will get a chance to stake your claim. A lot of lads in the opening rounds will go out with that view, to cement a place, and managers will be looking to see if these fresh lads can hold up against county opposition. For me, the league in 2002 had a very different meaning to that of 2016. One constant remained though: I always wanted to play every game because, between league and championship, you might have no more than 12 or 13 competitive games all year long.

When it comes to managers, it’s different strokes for different folks. Paidi didn’t put too much stock in the league and that can work out fine too; he won just a single game in NFL 2004 but still lifted a Leinster Cup with Westmeath. Jack was eager to win it, and lifting it in 2004 was definitely a springboard towards the Sam Maguire that same season. Pat wanted success in it too when we came up short against Derry in the 2008 final, but our attitude to the league had changed meaning the ambition was there.

Eamonn Fitzmaurice had very little luck in it and lost his opening four games in 2013 but we made an All-Ireland semi-final and, after losing the first three a season later, we went on the walk up the steps of the Hogan that September. So really you can get a lot out of the league in different ways, get your team settled as summer draws near, and build confidence. Not to mention getting to a league final reduces the amount of time leading into the championship.

We haven’t won the league since 2009 and O’Mahony won’t be in there to help change that. He was always a man for the big task. In the 2006 All-Ireland, that job was Mayo’s Ciaran McDonald and in 2014 it was Donegal’s Michael Murphy — he snuffed out the two of them. He’ll always be a Kerry legend, a leader underrated by those outside the group, but never by those within it. Even when Mark Griffin was pushing for O’Mahony’s spot, the older man was still driving on the challenger. That’s a mark of the man; it was all about the team.

While the Rathmore man has left, along with selector Diarmuid Murphy, a Kingdom icon has been drafted in: Maurice Fitzgerald. I know him and he’s a lovely man. One of the biggest regrets I’ve had with Kerry was not playing with Maurice Fitz. We were both on the panel in 2001 but I never actually got to play with my hero. 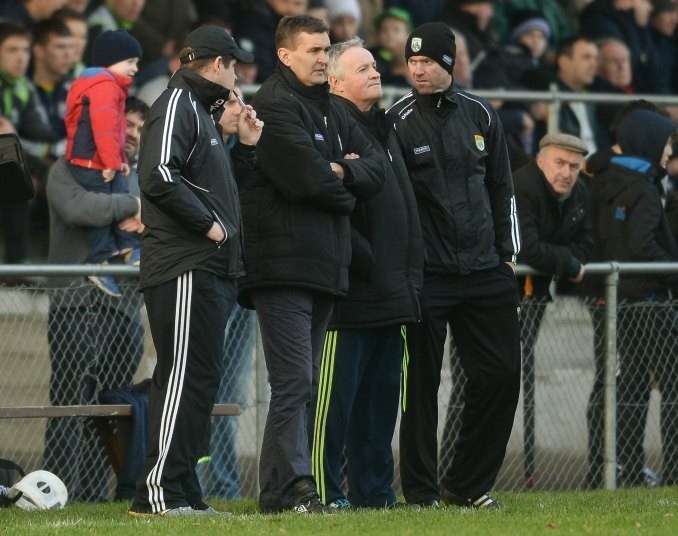 I was actually pitted against him in a schools match recently where I was in charge of the Green and he was over Colaiste Na Sceilge. It was very interesting to see him on the sideline: not once did he give out to his players, everything he said was positive, and it was a big eye-opener for me. It gave me an insight into the man himself and it will be huge for the Kerry lads. Especially the forwards because Mikey Sheehy is in there too; along with the Gooch, those are two of the greatest forwards Kerry have ever produced.

The intensity levels in spring these days are massive and again everyone will be looking at Dublin. A win over the back-to-back All-Ireland and back-to-back-to-back-to-back league champions would give Mayo or Kerry or Tyrone, for example, plenty of the confidence I’m talking about heading into business time. Morale too, because the Dubs are laying waste around them, and what does it say that they can win the O’Byrne Cup with a third-string team?

When it comes to a team making hay while the sun is beating down, consider that the Dubs have won one-third of their 12 league titles in the past four years. They must be hunted.