Marc Ó Sé: When you’ve gone as close as Mayo, it’s hard to imagine what it’s like inside their heads.

It feels as though the Cork GAA strikes only happened yesterday. Yes their hurlers went on to win All-Irelands in 2004-05 and the footballers likewise in 2010, but it’s still a topic of conversation down there so the effects linger.

And so we come to Mayo. They’ve already shown us their mental strength after what happened to them down on Leeside at the start of 2016.

They’d mutinied against Pat Holmes and Noel Connelly the previous winter in 2015 and the following February suffered a nine-point defeat against Cork in the league. Fuel invited to the fire party. Come the Connacht championship, Galway put them to the sword too. The mental strength required to then go on and get to within a kick of the ball of Dublin in an All-Ireland final replay has to be huge. There’s no doubt about that.

Look, there have been no winners in this situation and with the recent interview. Holmes and Connelly are upset at how their reputations have been hurt and no doubt felt they deserved more than one year. I remember Paidi won Kerry’s first Munster in a while back in 1996 but came up short against Mayo in the All-Ireland semi-final, and he needed more time. He’d made mistakes and realised it, so his career was proof positive that a longer term can help you push on.

In my opinion, players play and managers manage, that’s how it needs to be. There’s a flipside to all of that, that being that players — Mayo’s, you’d imagine — will feel they only have so many years to compete, so why settle for anything other than the best.

We probably don’t — and maybe won’t ever — fully appreciate where these Mayo players were coming from when they got rid of the 2015 management team.

I come from a background where we regularly won All-Ireland titles and I was largely on the starting team, so it’s easier to keep the peace and feel all is well. Whereas I look at them and I see a team that have been so close so often, a team whose hugely respected manager James Horan had moved on. They were used to his standards. 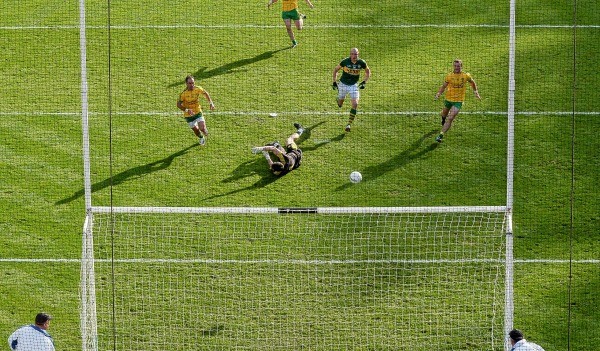 Being honest, this Mayo team could’ve beaten us in the 2014 semi-final replay in Limerick. Aidan O’Shea and Cillian O’Connor smashed their heads together and couldn’t make their usual impact, while Shane Enright should’ve been sent off for yellow and black cards. That’s unlucky, as was losing Lee Keegan to a black this past September.

When you’ve gone so close so often, as they have, it’s hard to imagine what it’s like inside their heads.

I’d be good friends with only one of their players, Alan Dillon, who I went to college with in Maynooth. Now we’d chat away about football but when it comes to something like this, you simply just don’t go there. I see his name mentioned as complaining about being dropped for Andy Moran, and I know that disappointment from Limerick 2014 when I was told to put on a bib.

Honestly, I didn’t see it coming, it was a bolt of lightning to me, but I was never going to call Eamonn Fitzmaurice out publicly over it. I spoke with him about it face-to-face, he gave me his reasons, and you take it on the chin. You’re a big boy and it’s all about the team ethic.

What I truly found strange was the idea that Aidan O’Shea would email the management. Making suggestions to managers is fine and I found we were given licence to do that, but you’re not in control of the tone when it’s not said in person. So that was a mistake.

To be honest, both sides are at fault here, and neither will benefit from it.

County board officials get caught in the crossfire too but the thing with them is that, because of the threat of player power, they always try to appoint the best man. 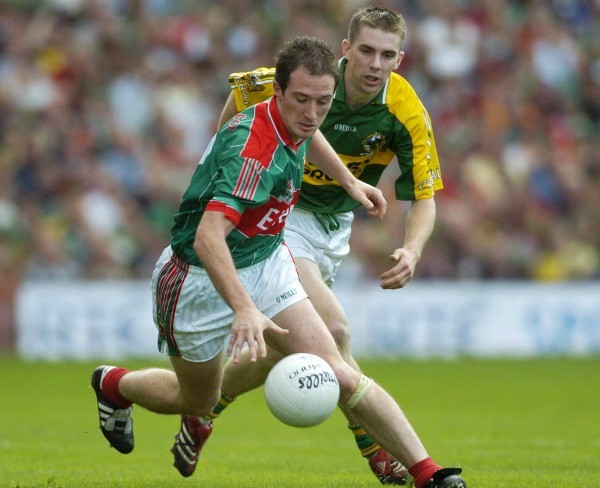 Stephen Rochford is in there now and I’d imagine he’ll just want to steer clear, pour cold water over it if he can, and say to his players that the past is the past.

As I mentioned earlier, this team has already shown the mental strength to again go so close to winning an All-Ireland.

What they need now is a bit of luck. The sort of luck we got in 2014 when Paul Durcan gift-wrapped a three-point present to Kieran Donaghy; every team needs a rub of the green.

Mayo have had so much rotten luck in finals since 1951 and the first timeI witnessed it was in 1996 when I went to see Tomás playing in an All-Ireland minor final — my maiden visit to Croke Park.

Liam McHale got sent off over that infamous brawl and he was Mayo’s best player, whereas Colm Coyle got the road and you couldn’t say he had the same value to Meath. Had the referee gone another way, so too could the replay. 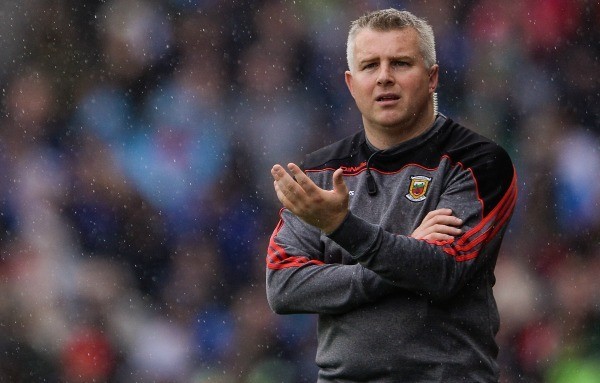 It’s actually hard to know what the missing link is for this team. Maybe they need another midfielder, but being honest they need more from Aidan O’Shea. We saw against Donegal in 2014 when he bullied Neil McGee and Mark McHugh what a threat he can be. They needed more from him in the All-Ireland final replay against Dublin and will again in 2017.

Rochford has to somehow use this to his advantage, the players too must look at themselves and put on more pressure to raise the standard once again — just as they did after the management heave post-2015.

I’d love to see them do it because they have some of the finest footballers around. But they’ve been to the well so often and still haven’t produced. This team needs to do it soon.