Amazingly, 12 members of the Carrickshock starting team that swept past Robert Emmett’s in the All-Ireland IHC semi-final played in a Kilkenny senior county final just three and a half years ago.

The Cats side are bringing a huge amount of talent into their Croke Park clash with Ahascragh-Fohenagh — All-Ireland winners in John Tennyson, Richie and John Power, John Dalton and Michael Rice. Not only that, but defender David Franks also played in the 2000 All-Ireland final against the Marble County.

And yet, the Galway men aren’t seen as rank outsiders. In many ways, you couldn’t be blamed for assuming the worst for a club that only fully amalgamated in 2002 and has yet it play a senior championship game.

With two Galway senior stars wielding timber for Ahascragh-Fohenagh, brothers Padraic and Cathal Mannion, at either end of the field, they’ve always got a chance. The duo were inspirational in the All-Ireland semi-final win over Waterford’s Lismore.

Deise legend Dan Shanahan played that day, and explained what The Shock are coming up against.

“We were beaten, the two lads, the two Mannions were serious factors in that and if Carrickshock are to beat them, and it will be a good game, they will have to take down the two Mannions,” he explained.

“But again, it’s not only the two Mannions but they worked very hard, they work very hard. They outworked us on the day, but when you look through the Carrickshock team, my God it’s full of talent, it’s absolutely full of talent. 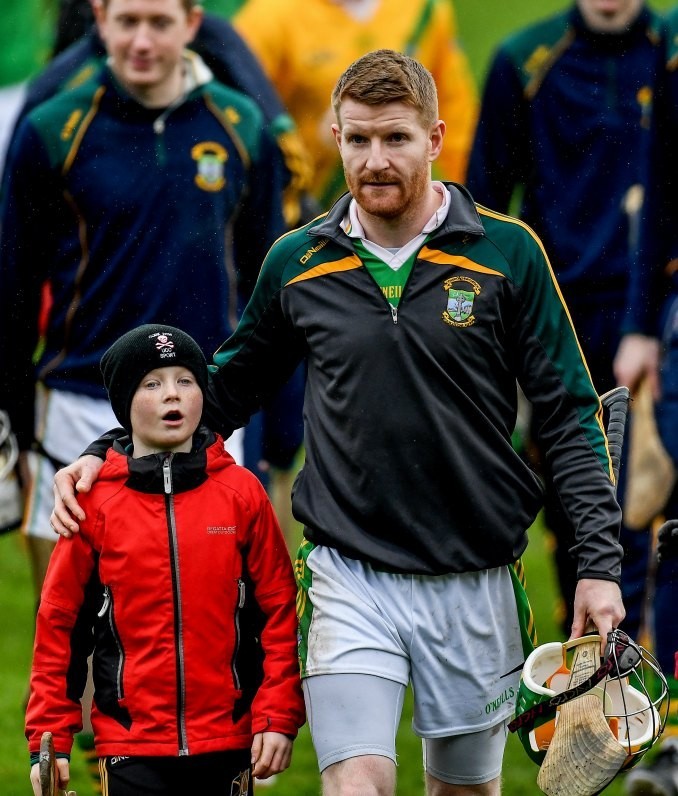 Carrickshock and one other Kilkenny club are hoping to follow in the footsteps of their county-men Bennettsbridge (intermediate) and Glenmore (junior) who won the corresponding titles last season.

That one other parish is among the most famous the county has produced: Mooncoin. One of the more common sounds booming around Croke Park as dusk falls during the first Sunday of September has been the Kilkenny classic tune, the Rose of Mooncoin.

With 12 county senior titles to their name, and a three-time All-Ireland winning captain in Dick ‘Droog’ Walsh, this is a club that has been trying to fight its way out of the doldrums. It’s now 52 years since last they lifted the Kilkenny crown and they bring a 38-strong panel to the party against Mayfield of Cork.

The Rebels will have noted that their opposition managed to beat St Oliver Plunkett’s of Westmeath in the Leinster semi-final despite going down to 13 men, so this will be a battle.

In the All-Ireland club intermediate football final, it’s Westport (Mayo) against St Colmcilles (Meath) — bringing together more than a few names known across the country.

Graham Reilly is the current Meath captain and will lead out the Royals side, but full-forward Niall Ronan is probably the most well-known member of the side.

The 34-year-old former back-rower has 104 Munster caps, scoring 16 tries, played for Ireland on four occasions, and also lined out for Leinster. Perhaps he’d be on Six Nations duty this weather but for a knee injury that derailed his egg-chasing career.

So far so good for St Colmcilles, until you consider the star name in the opposing ranks of Westport: reigning Footballer of the Year, Lee Keegan.

Here’s a man who gives Jim Gavin’s dominant Dublin side a host of issues with his driving runs from wing-back, so it takes little imagination to picture his impact an intermediate club level.

In the junior final is a man who once lifted the Sam Maguire for his county, Kerry’s Darran O’Sullivan who had the honour in 2009.

The Glenbeigh-Glencar man has the pace to trouble The Rock of Tyrone, but a three-time All-Ireland winner could well chase his tail: Ciaran Gourley.

That’s the beauty of #TheToughest: faces both familiar and new, but all here for the love of the club.

All games will be streamed live here.