Just 40 minutes’ drive separate the home fields of St Thomas’ and Ballyea, and just 60 more is keeping one of them for an All-Ireland club final.

Should Cuala win there other semi-final against Slaughtneil, the irony is that one man representing the Dublin club will be coming up against his former side. Ballyea native Niall Keane moved to Cuala just this past season for work reasons, while Piltown native Nicky Kenny once spent a season with the Galway men. Meanwhile the Derry side are chasing an amazing double.

That’s the AIB club championships for you. Little twists ready to be revealed in every tale. Much of the attention this weekend will point to the return of the National Football Leagues, but Semple Stadium is where the most meaningful action takes place. Gary Brennan is the Clare football captain and they’ll take to the field on Sunday in Celtic Park against Derry, and you wouldn’t bet against him playing both games. He’s been the reason that the Banner men have pushed on in recent seasons, and without him Ballyea wouldn’t be still writing their 2016-17 fairytale.

Make no mistake, Thurles Sarsfields had them beaten in the Munster semi-final until Brennan’s goal rescued them. It was a monument to resilience and the sort of pig-ignorant attacking play that says there’s no backward step today.

Of course you can’t give all the credit to one man, not when you consider the influence and ongoing threat of Tony Kelly. The 2013 Hurler of the Year has scored 1-28 combined in the four most important clubs games of the season, the two Clare finals and the couplet of matches that landed the Munster crown. For a man who had to come off injured in their county semi-final win, he’s turned any doubts to smoke.

Fergal Hegarty — an All-Ireland winner with the county in 1995 and 1997 — only joined the coaching set-up this past season but he sums up the influence of Kelly: “The best player in Clare I’ve ever seen, in my time, and is arguably one of the best hurlers of this generation, that’s undoubted.

“But it’s the character he has, when the need is greatest, he’ll come up with the scores. And the scores he came up with, one was better than the next, it was Roy of the Rovers stuff (against Thurles).” 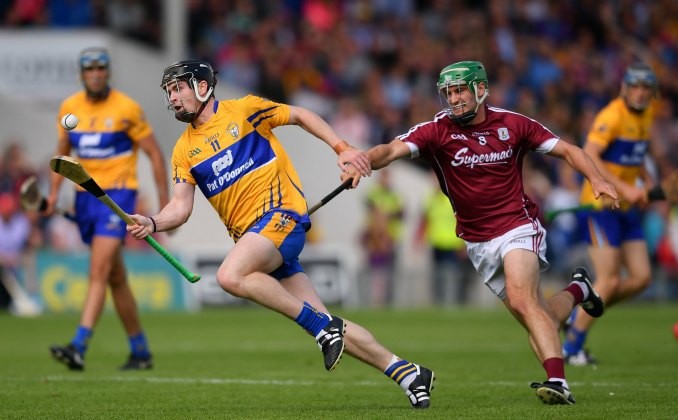 Glen Rovers didn’t put up much resistance in the provincial decider but by taking out Sars, Ballyea put down arguably the biggest dog left in the fight at that time. So no matter who stood in their way from then on, the self-belief was surely secure.

St Thomas’ though, they have the advantage of being the sole side left in the competition who has ever been to this stage. Not to mention the fact that they went and lifted the Tommy Moore Cup in 2013 after beating Kilcormac-Killoughey.

The prospect of Kelly v Davy Burke is more appealing that anything we’ll see in the football league this weekend, where the majority of teams are shadow-boxing ahead of the real stuff in the summer. Chances are that they won’t be marking each other at midfield but this game could come down to which of the two gets on more ball.

Burke has been ridiculously good for Galway in the past two seasons and rightly won a couple of All Stars even though the Tribe picked up no silverware. He rose about his own team’s level, most notably in the tame second-half defeat to Kilkenny in the 2015 final and a year later when others faltered in the semi-final reversal to Tipp.

Fitness-permitting, Burke is the Rolls Royce of Galway hurling: cruises at high speed, has hands the finest engraver would be proud of, and uses the ball with the intelligence required of a Barcelona baller. Kelly is a Bugatti: lightening and relentless, ready to sprint through your defence all afternoon.

It would be easy to forget that a small place like Ballyea could have five county hurlers and the same number of county footballers in the team, but they are stacked with talent. Players training at that level normally have the sort of attributes that help you move the ball forward well, but the level of conditioning they undergo means they should have the stamina to win it back. 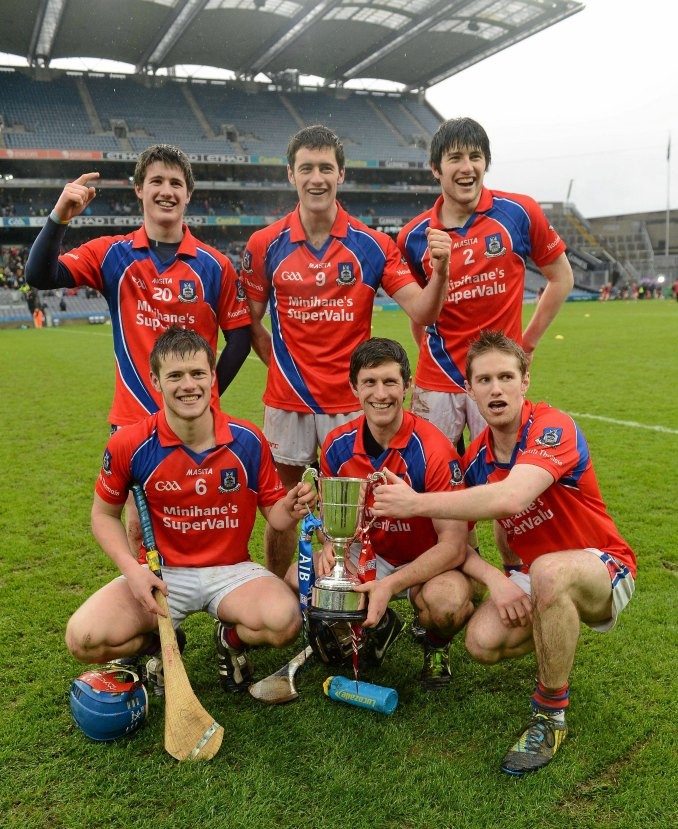 So often, that’s what these games come down to. But will Ballyea’s form of late 2016 hold? It’s the question you ask of every team when they get to the All-Ireland semi-final after a winter where you look to maintain your levels, improve if possible, and chase good challenge matches.

Of course it’s the same for St Thomas’ but they will be imbued with the sort of confidence you get from already travelling down this road successfully. There was word that they cancelled a challenge match with Tipperary in the build-up to this game after a couple of players picked up knocks. It remains to be seen if that plays a part in what happens in the home of the Premier.

Conor Cooney is another huge weapon for them. Though the Galway attacker didn’t split the posts from play in the county final win over Gort, his free-taking got them over the line in a low-scoring affair. Along with his siblings Donal and Shane, Conor is among three sets of brothers that make up two-thirds of the team. Add in the Skehills, Patrick and Sean, and the Burkes: defenders Cathal and Éanna, midfielder David, not to mention forwards Darragh and Kenneth.

Their other brother Sean has moved to England since the 2013 triumph but their father John remains as manager. They say that you build teams around brothers and no place is that truer than the areas of Kilchreest and Peterswell which make up St Thomas’.

It’s the game of the weekend, the final base showdown before attacking the peak of Everest on Paddy’s Day. It’s Clare v Galway, a matter of Tony Kelly and David Burke. Of negotiating the winter break. This is why it’s The Toughest.