Here’s the thing: the very different backgrounds brought into this game will make no odds when there’s a ball there to be won.

Whether you’re from a small rural town with 300 households as Slaughtneil are, or a city suburb such as Cuala — that’s forgotten when the heat is turned up.

The 30 men on the field and the cavalry in the dugouts — where the rain will be coming in sideways at this Armagh venue — don’t consider all these factors that tend to be talked about before and after.

It’s about putting the body on the line; it's about taking the man, taking the ball, taking both, but certainly not letting both through at the one time. That’s the messages that will be put on in the dressing-rooms at the Athletics Grounds.


It should be a raucous atmosphere in a ground where it feels as though the stands are lurching over the sidelines. Slaughtneil have played and won here before, and for Cuala it isn’t overly different from Dr Cullen Park or O’Moore Park where they have been victorious. A warning for the Dubs though, this will be their first ever competitive championship game played outside their own province. 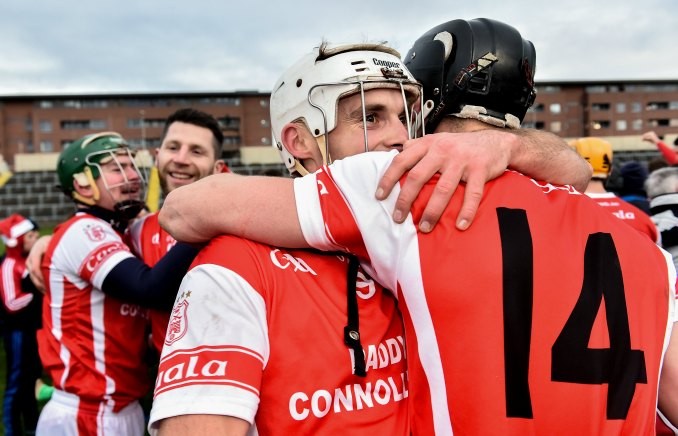 What could prove interesting is the amount of sand on the turf. Right now, the weather isn’t conducive to fast, zippy hurling but the sand will firm up the ground in Armagh and it could take the players time to adjust considering what they’ve likely been training on.


There’s a real element of the unknown here because the Dublin champions have not played a single competitive game since the Leinster final — which translates to a break of two months and 22 days. In any man’s or woman’s language, that’s a long time to negotiate. Players who were fit may have picked up knocks; men who were in form may not have carried that through Christmas and January.


Slaughtneil have a huge crossover between their hurling and football panels, with star player Chrissy McKaigue estimating nine starters on both and 20 players helping comprise both set-ups. It’s a double-edged sword though because they may have picked up knocks in their thrilling All-Ireland SFC semi-final win over St Vincent’s two weeks ago — which is not to be underestimated.


On the plus side, it means that all of these players go into a venue they’re familiar with, but more crucially into a final-four environment that they came through with confidence just a fortnight ago. A sense of “we’ve been here before lads, we know we can handle this occasion”. For the opposition, that’s an unknown.


Where these teams are similar is that neither has ever been to this stage of the hurling championship. Both are newcomers on this front — just like Ballyea, who are safely through to the final — and both are from counties that do not have a history of doing well in the code. After all, Dublin have had a couple of wretched seasons at inter-county level while Derry have dropped down to the Nicky Rackard Cup for 2017. 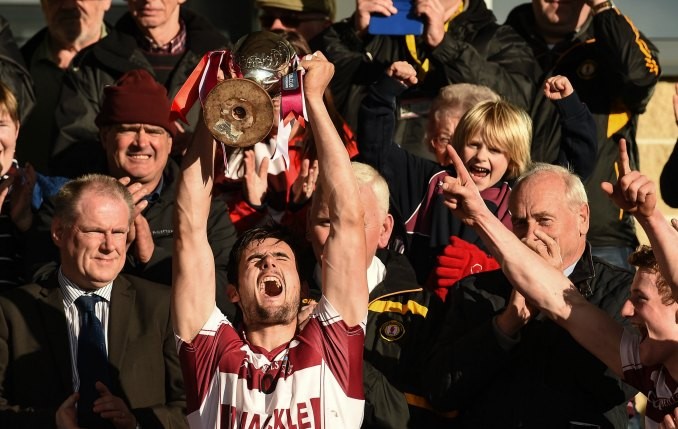 Both also bring with them outside managers, Mattie Kenny and Mickey Moran, as does the Derry club’s hurling (Michael McShane) and camogie teams who have qualified for their respective All-Irelands. There’s a football influence on both sides too, most notably leader Chrissy McKaigue for the Oak Leaf representatives and livewire Con O’Callaghan with the capital men.


The game will come down to scoring threat and for Slaughtneil that usually revolves around a huge workrate providing a platform for the twin threat of Brendan Rodgers and Sé McGuigan, whose smart running and aerial threat have caused trouble all season.


For Cuala, O’Callaghan, Mark Schutte and Colm Cronin have been the goal-getters for the most part but the brothers Treacy — Sean and David — have proven class at inter-county level.


For two counties who have not been taken seriously at the elite level, one for not being part of the Liam MacCarthy chase, and the other branded “manufactured hurlers”, this provides a huge platform to prove the doubters wrong.


No doubt the two teams are united in one thought: it will be a massive battle.