It’s official, Cork are at the top of the tree.

No other team has won more All-Ireland and provincial titles in both codes, at county and club level, combined

It’s not even a close battle as they are 16.75 points clear of Kilkenny who are in second place.


Our scoring systems grants one point for a club or county All-Ireland title at senior level, and one-quarter of a point for a provincial crown. There’s no doubt that lifting a Liam MacCarthy or a Sam Maguire is the holy grail so it’s reflected in how we’ve rated them.


The Rebels, Galway and Limerick are the three counties who have managed to win at least one title in each category, hence the yellow bands running through their rows.

No doubt a couple of readers will take a pedantic line here and remind us that Thomond College won their AIB All-Ireland club title in 1978 without a single player from the Treaty County. While that remains a fact, so too is its presence as a Limerick team. 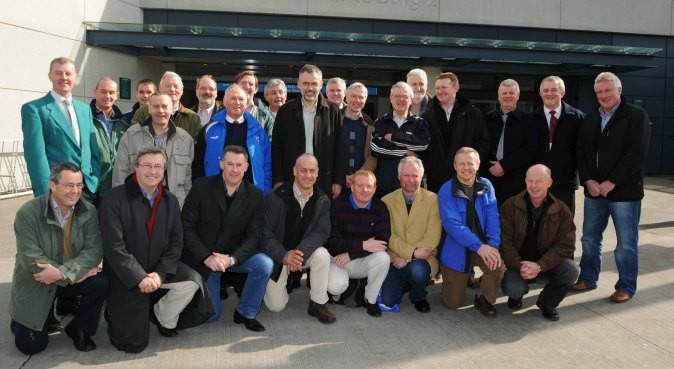 Of course if you have an issue with non-native players helping an adopted club win a title, you might point to Cork winning a football All-Ireland with Kildare-born stars Shea Fahy and Larry Tompkins, for example. In truth, there are many examples of this at club and county level.

There will be other complaints, no doubt. Such as, why are Galway not by default getting a provincial club title for every year, whereas Antrim have picked up so many in years where it was a cakewalk in Ulster? Simply by virtue of the competition actually being played.

If we’re honest, Kerry have glided through Munster, the Dubs through Leinster football, and Kilkenny have ruled the hurling equivalent many times when hardly breaking a sweat. The bottom line is that we had to go with cold numbers. 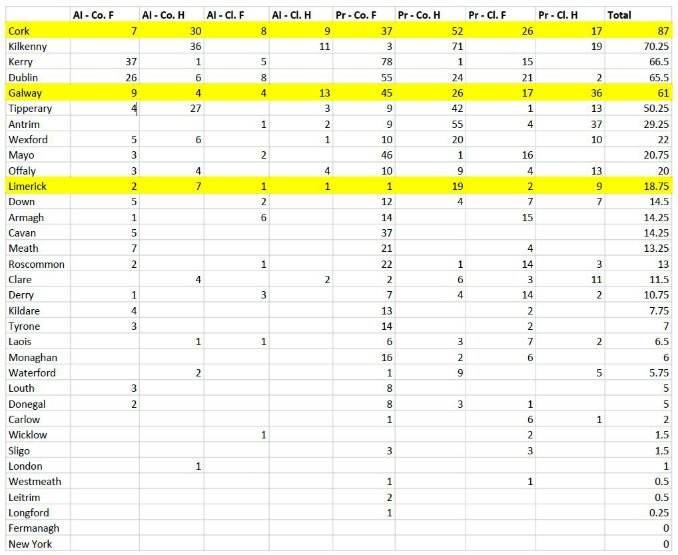