Eoin Larkin suffered almost as much over his tweet as Kilkenny did down in Ennis.


My former Kilkenny team-mate isn’t long out of the inter-county scene and I think those who soldiered with him know where he was coming from.

Larks wasn’t attacking the younger players but he was making a point that the workrate wasn’t good enough on the day. There’s a period of emotional detachment that takes place when you leave the black and amber shirt, and that played a part.

He learned, as I have in the past, that there can be a knee-jerk reaction to what you post within a 140-character message. Ideally, he wouldn’t have expected to be on the radio defending himself the day after.

Media, by their nature, look for an angle, that's their job. That’s not a criticism, just an observation. The nature of Twitter is that people read into an opinion and interpret it as they choose. So even if Larks meant it in black and white, it can be coloured differently by readers.


The bottom line is that nobody inside the Kilkenny dressing-room will be happy with consecutive league defeats and a 2-19 to 0-12 defeat to Clare. We’re in a difficult place now and my immediate concern is that there isn’t much room to draw breath.


Cork are next up and they’ll want something after a trimming against Dublin, but Kilkenny will be desperate for the two points because Tipperary are next on the horizon.


When we were at the top of the hill, we always wanted to reinforce our position of dominance and never give a psychological edge back to the other challengers. Lose these games and relegation is a possibility. That would be far from ideal but it wouldn’t be the end of the world, especially when you consider how close Galway went last summer. 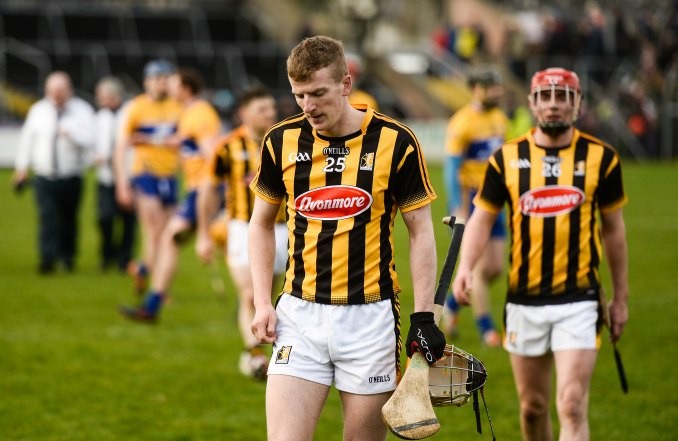 Brian Cody won’t over-react, this isn’t a time for a nuclear response. He’ll get them back into training, and push them on. At the same time, he’ll be looking at himself and asking how can he get the players back on track. He will be very honest with himself and the players; there will be no shirking of his responsibilities.

He needs some of the younger lads to step up now but he doesn’t have the luxury of before. He used to be able to bring lads into the panel, let them get used to the pace and power for a year or two, and then eventually gel them into the team without too much fuss.


Think about all the years of Cody’s management, only JJ and Cha ever went directly from the minors into the senior Kilkenny team. Other counties do it more regularly and, to be fair, there are always those exceptional players such as Tony Kelly and Cian Lynch who can do it.


Right now, we might need to endure some short-term suffering before coming out the other side of it. Brian said it after last year’s All-Ireland final that there are players in Kilkenny. As Under-21 manager, I’m at the coalface and I would reiterate his point. They might just take some time to ripen.


If these results were coming closer to the championship, you might be more concerned. It’s early days and I think a lot of the negative media commentary of our plight is being viewed through the prism of past successes. That’s not to say it’s not worrying, because it is, and the optics of seeing Richie Hogan taken off when our forwards were struggling won’t be lost on anyone either.


Nor will the physical approach being taken by Waterford and Clare in these first two games. That’s not a slight on those counties but actually a compliment. Derek McGrath has had his young players in the senior set-up for three or four years now and it takes that time to condition an athlete to be strong in the tackle, hold up a man, strip him of the ball, and all the things Kilkenny always excel at. That builds over time, and confidence comes with it. Hence, Brian will need time with his young players, time will tell how good they are. 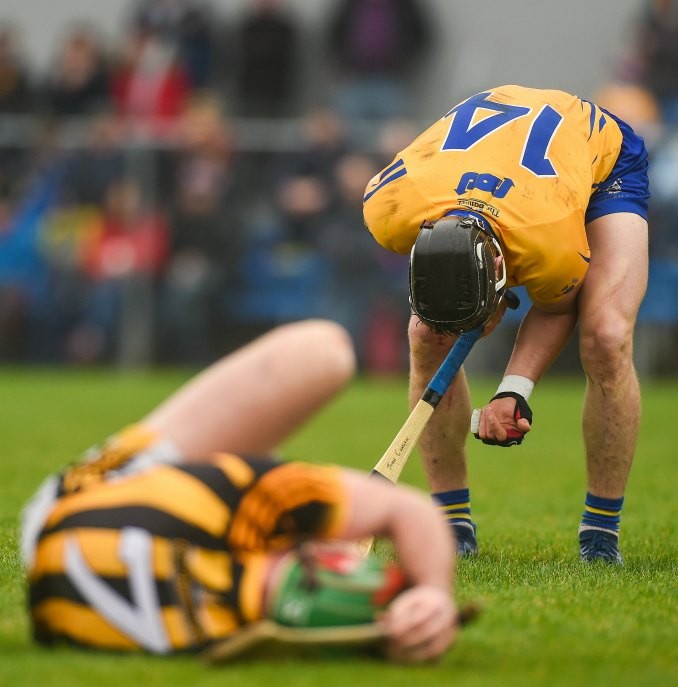 A lot rides on the fitness of Michael Fennelly because he is one of the main leaders remaining since Jackie and Larks left. TJ Reid and Richie are there too and Cillian Buckley is now one of the more experienced players on the panel. With everyone right heading into the summer, we’ll still be challenging for the Liam MacCarthy Cup. I fully believe that.

Let’s not forget the similar performance we had in the 2011 league final when Dublin pulled away to win by 12 points. We had a meeting after that game, and demanded that the lack of application that day at Croke Park be addressed. It was.


Brian would love to throw young players in there for the rest of the league but he might be reluctant to against Tipp. Our neighbours came into the league having not figured in the Munster league and it just shows you how valueless the Walsh Cup and similar competitions are. The league will continue to throw up some eye-raising results and sometimes that’s down to heavy sessions, a long trip, or whatever.


For Brian, it will be about getting the fundamentals right from here on in. Get back to basics and hopefully get everyone available for the summer.


Tipperary have to be the favourites right now and I’ve heard about some of the inter-squad games they’ve had down in the University of Limerick. Lads outside last year’s XV are stepping up looking for a piece of the action, showing the likes of Seamus Callanan and John ‘Bubbles’ O’Dwyer that they need to continue to be on top of their game.


You need a strong panel to succeed, that’s the way it is. We managed to win an All-Ireland in 2015 with Richie Power coming in having not played a club or county game all year, and other great players have left the scene since. The much anticipated post-2012 transition has been prolonged and we may be at an adjustment period right now.