Typical for a Kerry team, Dr Croke’s had plenty of it against Corofin in the All-Ireland club semi-final.It was no surprise to see how comfortable the Croke’s players were on the ball when you have Pat O’Shea as manager and, while their first-half goal was fortuitous, they outmuscled and outclassed the Galway men. Pat O’Shea was so animated on the line and was really up for the challenge. I was keeping an eye on the clock and the first time a Corofin man was able to take his time in possession — other than the goalkeeper — was 5:25 into the match. An incredible start to the game by Croke’s.

You need talent to win games, which they most certainly have, but especially at club level, that parish pride and will to win is a huge factor. Throw everything in together and by God you’ll take some beating then.

Crokes’ hunger rattled the Connacht champions. Colm Cooper worked his way up and down field tirelessly while Kieran O’Leary — no doubt sore from being dropped by Kerry — was left inside to rack up the scores which he did at ease.

A huge moment early in the game was when Johnny Buckley body-checked Conor Cunningham. It was a blatant black-card offence under their rules but Ciaran Brannigan issued a yellow card. That had a big bearing on the outcome as Buckley was immense all through.


The Down man is one of the up-and-coming refs in the game but it is worrying when a whistler of the nature is missing incidents like this. It doesn’t bode well for consistency in the game. I’d prefer the GAA to get rid of the black card and issue yellows, limiting players to two fouls per game, otherwise they are gone on a red. But when the rule of the black card is there, then implement it correctly. The black card was introduced to mainly stop body-checking and deliberately pulling a man down.


It was a very disappointing day overall for the Galway and Connacht club Champions. The worrying aspect looking at Galway football without maroon-tinted glasses on is that Corofin are so far ahead in Galway club football at present, it puts in perspective how far behind our other clubs are. There are nine Corofin players on the current county panel and it was hard to pick a lot of them out last Saturday. 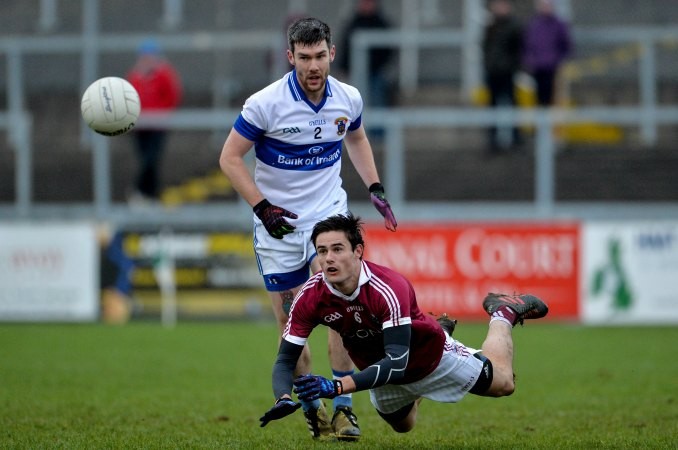 Slaughtneil beating St Vincent’s was the other surprise result as most people went for a Corofin v St Vincent's final on St. Patrick’s Day. Chrissy McKaigue gave a masterclass in marking Diarmuid Connolly while still scoring 0-4 from play. He hit some beautiful long-range scores from play and it left me thinking that not many inter-county forwards did that from play over the course of all last year. His desire and passion was all that makes the AIB club championship. I see that one of the selectors has tried to take credit for his display, but form is temporary class is permanent.

You can only imagine the confidence they have now heading into the final, and the club hurling semi-final to come also against Cuala. A serious achievement for a club team. It certainly will make for an exciting football final on Paddy’s Day with the wily Mickey Moran up against Pat O’Shea.

I have to say that I really enjoy the National League. The structure is good, the games come thick and fast, and again reminds us that the championship structures need drastic change.
Some famous pundits wrote off Mayo after their opening-day defeat to Monaghan but I know from being married to a Farney woman that the Ulster side had plenty of work done, and they’d no injuries to deal with. A team with Conor McManus will always be difficult to outscore.

Kerry could have been out of sight in the first half but Stephen Rochford's men turned it around. The worst thing for Mayo now would be to think they have everything sorted for the year. The trick is to be beating these big teams on the big summer days. They still only scored six points from play over the 70 minutes. They need to find another consistent scoring forward because they can’t keep expecting Andy Moran to deliver for them. He’s been their best attacker for the past 18 months or so, but they need someone else to take the pressure off.

He’s a clever player, has a great brain and excellent movement, but he’s 33 now so it’s a lot to ask him to lead the line in Croke Park against the All-Ireland challengers for 70 minutes per game during the summer.

Cillian O’Connor gets through a huge amount of work but I’d much rather see him closer to goal. They need Cillian closer to the danger zone, and need him chipping in more from play.
Conor Loftus scored 2-2 when the Under-21s won the All-Ireland last year, so it’s these kinds of lads who need to be brought through.

Much like in Galway where I’m liking the cut of Michael Daly, a son of Val who was a great forward for us in the late 80s and 90s. Michael came on against Cork and looked excellent at centre-forward against Fermanagh too, and was my man of the match for his overall display. He is an old-style player and likes to play off the ’40 - he plays on the shoulder and always looks up to find the pass inside which is great to see amid the current quagmire of handball. So long as he stays tuned it, he could be a serious player for Galway for the next number of years. 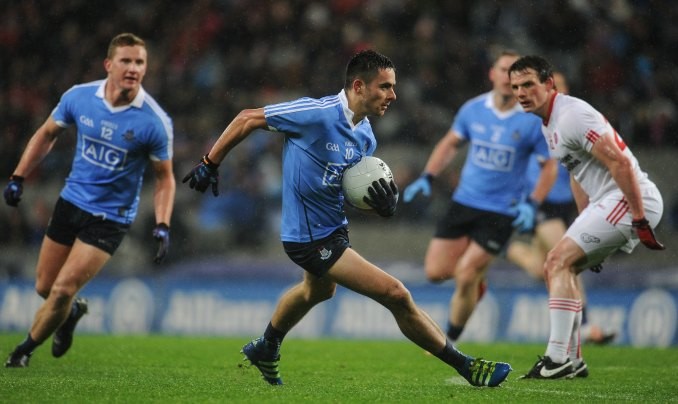 Tyrone are the one team who look capable of breaking into the group that realistically have a chance of landing the All-Ireland title. Now the one issue I have is that they don’t have a Peter Canavan or Owen Mulligan in around the square.
Sean Cavanagh has said he will finish up his inter-county career at the end of the season. I’ve enjoyed watching him over the years and there was no way he was going to let a red card against Mayo in 2016 be his final contribution. They’ll be pushing to make sure they send him off on a high note.

Donegal are putting serious emphasis on developing young players for the league which is great to see and they will be a force down the line. Dublin are getting competitive games and Jim Gavin has been able to give youngsters like Niall Scully some time on the field. Jack McCaffrey is back looking hungry and eager too. Go through the panel and you can see why the Dubs manager needs to give youth its chance. Stephen Cluxton (35), Paul Flynn (30), Kevin McManamon (30), Diarmuid Connolly (29), Denis Bastick (35), Bernard Brogan (32), Eoghan O’Gara (31), and Michael Darragh Macauley (30)) — these men have a lot of mileage up on the clock.

Is there much more in them? I wouldn’t be too worried about the Dubs but they need to prepare for a changing of the guard to stay on top.