I can’t quite make my mind up on the new championship structure. On the one hand, it’s great for the bigger teams because they will get a run of games where they will be able to figure out their best team.

It’s a bit like the qualifiers where you get to road-test your XV as you build for the All-Ireland run, and you get to use more of your panel.

For players, it’s great to be able to play week-in and week-out too. It’s the same with the league and actually a bit like Dancing in the Stars too. You know, there’s a great momentum to it.

The new system does lean towards the stronger teams and Brian Fox has explained how his Tipperary team might never have reached an All-Ireland semi-final in 2016 with it in place. It’s one thing that they beat Galway in a quarter-final, but they could easily get drawn with a couple of big-hitters in a group and that’s the issue. 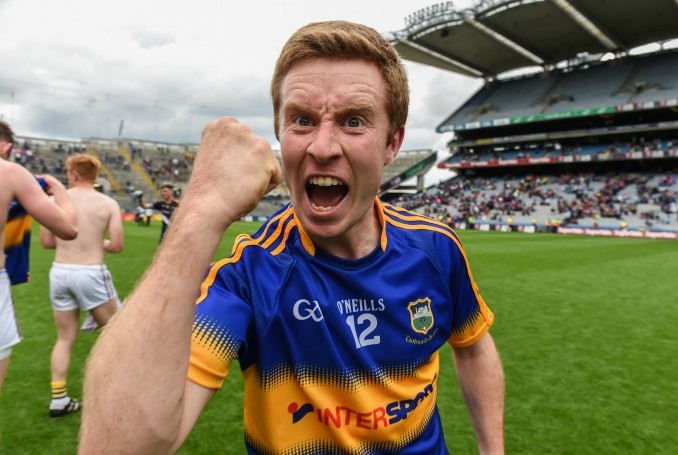 There’s also the worry of dead rubbers. Let’s say Dublin or Mayo win their first two Super 8 games, they will likely rotate their panel for the third game against another side that might need the result. We might get a few strange scorelines. There’s a knock-on effect then, just as there would be if a county goes into their third group game when they’re already eliminated.

Then there’s the club player, he might be getting a couple of weeks at the end of the season but that doesn’t solve the issue. I’m finished with the county now and I’m delighted to be able to focus on Rathmore, who I’ve always loved playing for.

I’ve qualified as a coach and in the strength and conditioning world, there is a lot of talk about periodisation — building up your fitness for games. So the clubman in Kerry will slog in the winter and play club championship in May or June, but a draw for the county could put all that off. He could be left sitting on his hands for months on end, and out of nowhere then he could be asked to play within two weeks.

A lot of clubs try to get an indication from their players if they will be staying around for the summer or if they plan on going to America. Small clubs need everyone available but then it’s hard for players to say no to these opportunities. The GAA haven’t solved the issue where a player knows what’s happening for the summer, and no one can plan. It’s a difficult one.

If you’re a county manager, all people look at are results. So if you release a player to his club and he comes back injured, and it has a direct bearing on the county results, it’s a nightmare. The likes of Eamonn Fitzmaurice and the other managers are under huge pressure every time a player goes back to the parish.

It’s as if we now have an extra league now after the provincials and I have to say that I always loved playing in Munster finals, whether it was against Cork or Tipp or whoever. Do or die, 40,000 people in Fitzgerald Stadium with the sun beating down, we all want that as players.

What the new structure definitely will do is spin more money for the GAA. Big teams playing off in venues around the country.

When I made the decision to step away from Kerry after 14 seasons, the big thing for me was making sure I didn’t try to keep one toe inside the camp. To be onto players asking “how is this or that lad going?”

I think the dancing has helped with that because it’s given me something to channel my energy into. Of course I’ve been watching all the games and you can’t help but wish you were out there, that’s natural.

I think the Donegal win was massive for confidence because it’s never an easy place to go during the league. Mayo turned us over at home and I can’t help but think that the All-Ireland semi-final replay of 2014 down in Limerick plays a part in every meeting we’ve had since. They felt they were robbed and they raise their game for us now. 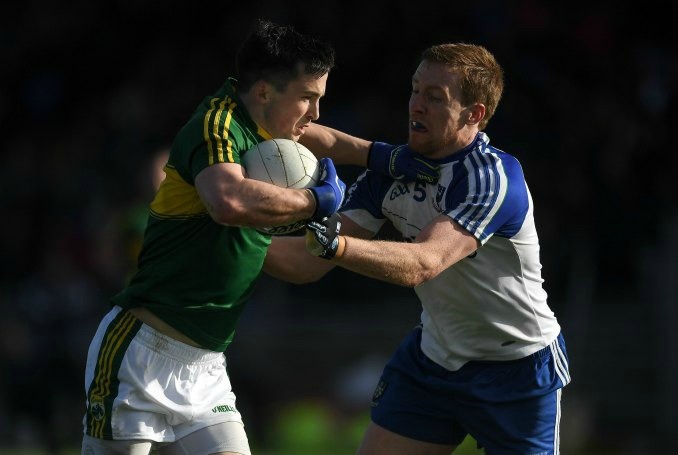 In Kerry, winning games is massive and you’re judged on every one of them, not just now on how you do in All-Irelands. And as you get older, the more people would be inclined to say you’re past it. So I know after a defeat I’d be going back into training on Tuesday asking myself how did I do myself, as well as looking at the team. Because if you’re playing well in the league, you will hold onto the jersey and that’s how it’s always been.

Eamonn will want to find that correct balance in his team. Kerry have attacking half-backs in the likes of Killian Young, Tom O’Sullivan, Jonathan Lyne and Tadhg Morley who have licence to go forward — which you need. Much like the Dubs who have pace, but tell Cian O’Sullivan to sit back and mind the house.

Jack Barry has been added to the midfield and his ability to drive up through the centre is an added dimension. If his confidence grows and he keeps the bit between his teeth, he can push Anthony Maher and David Moran for a spot.

Really, it all has to feed into getting quality ball to the inside line to the likes of James O’Donoghue and Paul Geaney, and get it in early. The Gooch has the intelligence to spot a pass ten seconds before the rest of us would, and Paul Murphy from my own club is one of the most intelligent players around — he’s a nightmare to mark.

We need it all, along with a little sprinkle of luck, if we’re to bring back Sam.