I remember playing a Leinster final after my mother passed away, and it’s a hard thing to do.

It’s something that the Ni Chaiside sisters have had to deal with since their dad Thomas passed away late last year. The way they have dealt with it and kept their run going has been commendable.

They’re part of a well-balanced Slaughtneil. Their defence is strong and hasn’t conceded a lot all year. Aoife Ni Chaiside is as consistent as you’ll come across, and Brónagh’s (her younger sister) move to full back this year has made all the difference. Then you have Mary Kelly who just scores ridiculous goals!

Shannon Graham plays in round the middle - again she's a stand-out player going forward. She was moved inside her own ’65 and ran the show from the defence in the semi-final win over Burgess-Duharra. She is to the Derry side what Briege Corkery is to Cork: running from the back to put her team on the front foot. Not only are they well-balanced, but they work very hard. 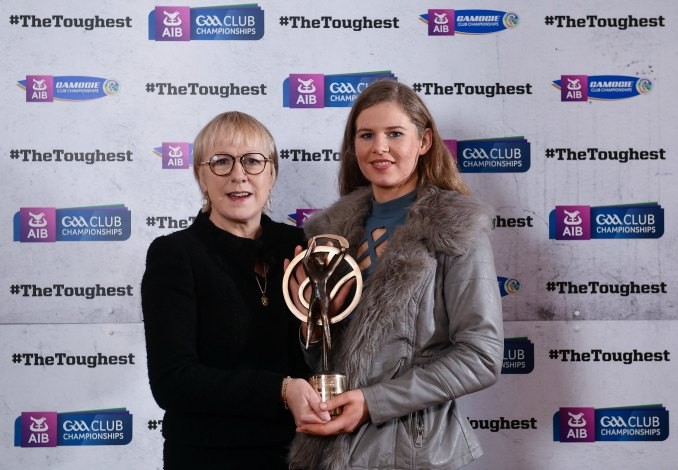 There’s a consensus out there that Slaughtneil are the fitter team and that they have more experience in their side, despite the fact that a couple of the Sarsfields woman have played for Galway in Croke Park.

Coming into the game, that’s going to be a huge factor: the venue. While I played in seven All-Ireland club finals, not once was it on at GAA HQ — the big stage. Quite the opposite in fact, and I’ll never forget playing for Lisdowney in my home field of Ballyragget in 1994. Intimate is the word I’d use for it; the crowd were outside the wall but it felt as though they were on top of you.

Anything can happen too. After all, we were 11 points behind against the great Glen Rovers (Cork) in one club final and came back to win. So no matter how things are going, both Slaughtneil and Sarsfields have to stick to the plan. They have to ignore the occasion, and the stadium, and not get side-tracked by the sound of the screaming from the crowd.

That shouldn’t be an issue for Niamh McGrath who scored 0-7 in the semi-final win over Thomastown. She’s one of four McGrath sisters on the team, which also includes captain Niamh at number ten.

Siobhan is very young but a fine player while Clodagh leads the defence from centre-back. Laura Ward, daughter of Tony who has managed the county to All-Ireland glory, and Tara Kenny at wing-back bring further class to the team.


They showed a coolness on the sidelines in the semi-final because they started poorly and it took them 20 minutes to score their first point. Of course it didn’t help that there was the upheaval of having to change field in Birr and that the field wasn’t cut, but they settled into the task.


Megan Farrell had been running the show for Thomastown but then Maria Cooney — daughter of Galway legend Joe — was moved up to centre-forward and it halted Farrell’s influence on the game. In fact, it was the turning point. 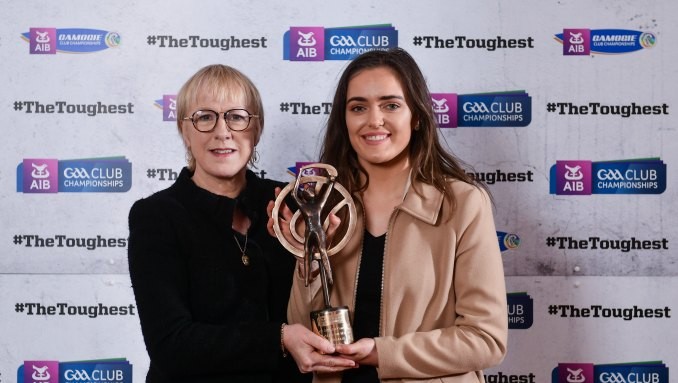 Which team can handle the big pitch? When two sides reach a final without ever having been here before, how can you predict how it will go?

Sars have huge support and it’s something very evident on their club Facebook page, but the whole of Slaughtneil are behind the girls as the chase the first half of male-female double All-Ireland double in 2017.

The Derry side looked to have more goals in them, and it’s not to be sniffed at that they managed to put three past a very experienced Burgess-Duharra rear-guard in the semi-final. I think that could be the difference here.


An All-Ireland club final nearly takes precedent over winning one with your county because these are the people you grew up with. Players who might not be up to your level get a chance to play on the biggest day of the calendar.


And you know what, while the focus going in is nearly always on the county players, it often tends to be the less-heralded girls who prove to be the difference-makers on the day.


With the Ni Chaiside’s father Thomas on their minds going into the game, my money is on Slaughtneil to sneak across the line first.

You can watch both games on our Livestream here.