Three of the four clubs this Paddy’s Day have never lifted an All-Ireland club title.Certainly, none of the players on show have that famed Celtic Cross sitting at home.

The closest thing to it is Colm ‘Gooch’ Cooper who was a mascot for Dr Croke’s when last they climbed the steps in 1992.So while the Kerry men are looking to bridge a quarter-century gap, Slaughtneil, Cuala and Ballyea are looking for that initial breakthrough.

Below is a list of teams who were trailblazers in the All-Ireland club championship. 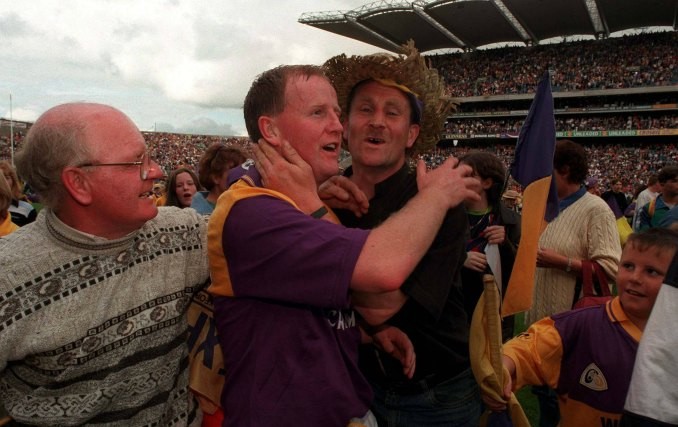 History had been against Buffers Alley three years earlier when they met Kilruane MacDonaghs, a team whose forward line was led by future Tipperary manager Eamon O’Shea. A Premier club had never lost an All-Ireland final at this time while a Wexford representative had never been on the winning side — so it would be again. The pain would go on as Borris-Ileigh would beat Rathnure a year later, but the Alley had a chance for retribution in 1989. Locals would admit that Cloughbawn should have caught them in the Model county championship of 1988 before winning a semi-final replay, and two bites of the cherry were also needed in the final against Rathnure. Paul Gahan and Paddy Donohue crucial to the win on a rain-sodden day. Carlow town, the Dooleys of Seir Kieran, and kingpins Ballyhale were ultimately put down in the Leinster run — the final decided 1-12 to 1-9. From there, it seems as though the hard work was done as Roscommon side Four Roads came through Connacht and were beaten 2-19 to 0-9, before O’Donovan Rossa of Antrim lay in wait on Paddy’s Day. In what was Buffers Alley’s 14th game championship outing of the season, Ciaran Barr was rampant in the first 20 minutes as Rossa went five-up while goalkeeper Henry Butler made some important stops. Captain Pat Kenny, Tom Dempsey, Seamus O’Leary and Fr Martin Casey — from Causeway in County Kerry — all played vital roles in the 2-12 to 0-12 win, a landmark day for Wexford hurling.

Baltinglass dominated in Wicklow for years, lifting the county title on 15 occasions between 1971 and 1994, but they would come against a side that had won their seventh Connacht crown in eight years. Clann na nGael of Roscommon were again trying to avoid the tag of going down as the ultimate footballing bridesmaids, their pain extending to All-Ireland club final losses in 1983, ’87, ’88, and ’89. Fifth time lucky? The Rossies club had famously been heavy favourites against the Burren of Down in 1988 but faltered, and once more they went in with that tag against the Wicklow men. No Garden County side had ever won an All-Ireland club title but they did have star man Kevin O’Brien on the team, and he set up two first-half goals for Con Murphy to decide the game: 2-7 to 0-7. 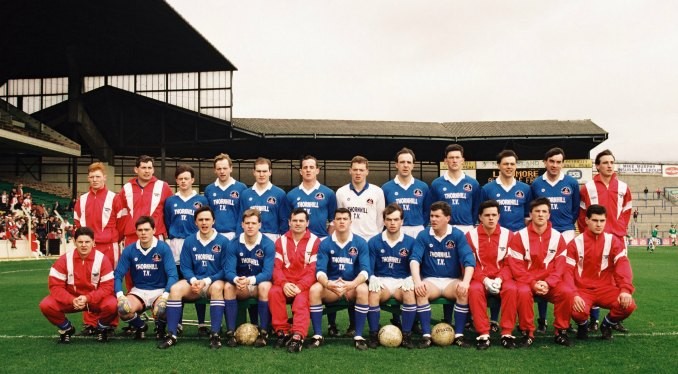 The Skibbereen men were massive outsiders to win the Cork county title in 1993, let alone anything beyond it. It was a thing of momentum, as so often it is. Imokilly, back-to-back champions Duhallow and Duhallow fell, with Aghada next before Nemo Rangers were next vanquished in the county final. It got no easier as Tony Davis led them out against the reigning All-Ireland champions, Dr Croke’s of Kerry. Again, they came through it before St Senan’s of Kilkee were overcome in the Munster final. Derry side Lavey had two men sent off early on in an ugly club semi-final and Gene O’Driscoll recalled the journey in an interview with the Southern Star. “The game that stands out above all others was going to Lavey,” he said. “We left home on the Friday, travelled to Sligo, onto Donegal, crossed over then to Lavey, and to just have a whole community on the move, through buses and trains, was special.” The West Cork men were riding the crest of a wave and after drawing with Eire Og — when captain Mick McCarthy scored 1-8 — the teams met in a replay at the Gaelic Grounds in Limerick. Pat Davis scored the winning goal in a 1-7 to 0-8 triumph with a cheeky lob, though the Carlow men still curse a disallowed Joe Hayden goal in injury time. Eire Og’s misery continued as they lost another final to Laune Rangers of Kerry in 1996. 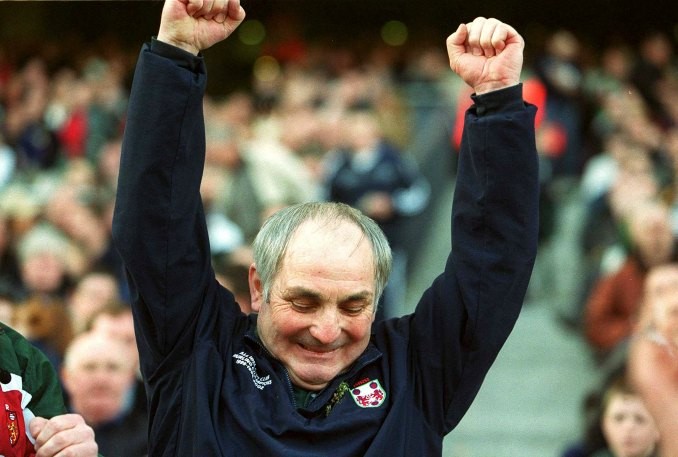 Birr had gone 20 years without winning a county title between 1971 and 1991 until a last-minute ’65 from Paddy Kirwan, and perhaps the journey caught up with them when they eventually met Kiltormer in the club All-Ireland. Fast-forward to 1995, to Dunloy of Antrim, a day of terrible weather and advertising hoardings flying onto the field. The Saffron side could have taken the title home, though ultimately they needed an injury-time point from Tony McGrath to send it a rematch. “When we played them in 1995 we had the old Hogan Stand looking down on top of us,” Johnny Pilkington recalled. “The lad up the top could drop something down on your head when you were taking a sideline.” The replay was a straightforward affair as Paul Murphy and Oisin O’Neill goals helped put Birr 2-7 to nil ahead at the break, as Brian Whelehan notched 1-4. The first Offaly side to lift the All-Ireland club crown, 3-13 to 2-3. 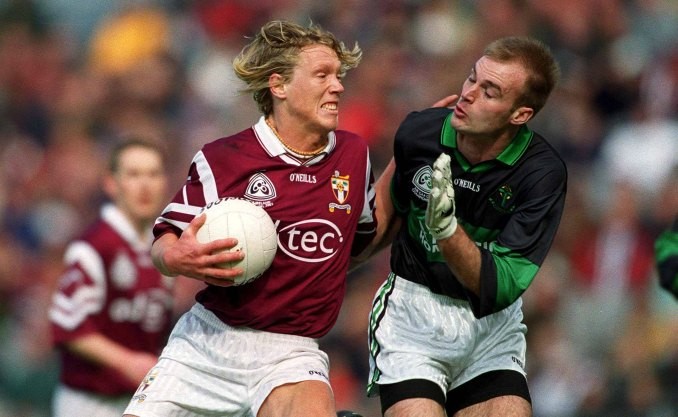 Garrymore in '82, Castlebar in '94, Knockmore in '97 and Ballina in '99 — nothing but misery for Mayo sides in All-Ireland club finals. What the county side had fed their followers, the clubs sides doubled down on… until 2001. The foot and mouth disease delayed the final until Easter as the Mayo men earned another chance to bring the title back to the county for the very first time. However, Cork giants and record winners Nemo Rangers stood in their way. Colin Corkery helped the Rebel side to a 0-7 to 0-3 lead after 20 minutes but Ciaran McDonald, Peadar Gardiner, Paul McGuinness and Joe Keane brought Rovers back into it. McDonald would end up with seven (four from play) but there would be late drama as Corkery smashed in goal before dragging a pointed effort just wide — one that would have sent the game to extra time. Credit to Nemo who would lose another final the following year against Ballinderry Shamrocks, before gaining revenge on Crossmolina in the 2003 finale.