When you hear murmurs in the crowd it’s never a good sign. I was after catching Richie Power’s faceguard in the second half of the drawn All-Ireland in 2014, and it was the first time I had ever felt like I was going to get a straight red card in my career. My heart skipped a few beats when Barry Kelly pulled out his cards but thankfully he only flashed a yellow. I was fully up beside Richie for the high ball, but just as I was about to challenge for it, he used his strength and more importantly cuteness to shove me out of the way. If he had caught the ball he was through so I reached out to catch a hold of him, anywhere I could. Unfortunately, it was his faceguard caught between my fingers as I dragged him down — and the Kilkenny supporters who went berserk. Lucky boy.

It is symbolic of the way a Kilkenny forward played during my playing career and how important it is to Brian Cody’s game plan. Their approach rarely deviates and as a player I always knew what it was going to be. The problem was stopping it.

The ball nearly always came long and high out of their defence; in five All-Ireland finals I can only remember two balls coming directly into my corner below head height. The beauty of this is that they always have a compact shape in their backline, so when it comes back the half-back line is there to protect the full-back line.

When it does come in high they are extremely aggressive and skilful at challenging for it. They know they can really gamble at catching it because they always have at least one, two or even three runners coming from the corner forward area or half forward areas. I remember in 2010, a couple of weeks before the final, we were walking through this play with Eamon O’Shea at Carton House. He noted how the ball went in high to the full-forward but the corner-forwards ran right across the 21-yard line as it broke. This means that if it breaks to either of the multitude of players anticipating the break, they are already on the run when they collect the ball – so, game over. You can practice defending this but Kilkenny have perfected it and we were still caught on occasions that day.

Fast-forward to 2017 and although the first two rounds did not exactly go their way, the return of Colin Fennelly to the line-up against Cork has given them back this game plan. Fennelly, Richie Hogan, TJ Reid and Walter Walsh represent what Kilkenny forwards have been about for the past 10 years. All very strong, quick, hard to dominate in the air and, most importantly, they will go to any area in the pitch to work for the team. We could see in the last few minutes against Cork that Fennelly was tackling back to his own 21, snuffing out a Cork attack. 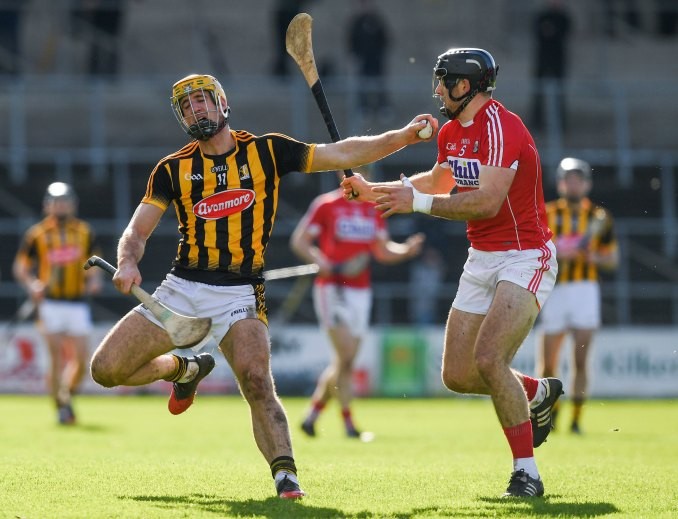 Now, Kilkenny have the option of two of the four in the half-forward line and the other two up front. They can now unleash their game plan of quick ball in from any area knowing that the players up the field will do the damage. In the Clare loss, I thought the Cats were trying things they normally would never do, with shorter passes and running into trouble. There were some frustrated gestures and body language from players like Reid, Hogan and Cillian Buckley, which was down to not being able to play in the style they are used to. There was no sign of this against Cork.

On top of playing to the plan they have trained for, they are also adept at making other teams play their game too. Even though you go into games thinking about playing a particular style — for example, short passing — the pressure that their forwards put on usually means you will be drawn into their tried-and-perfected style of striking long and trying to win your own ball.

In 2011, we were going into the All-Ireland having not been tested many times that year. Kilkenny forwards were like dogs after a bone and we were hitting balls over our shoulder because we had no time. If a team comes out that strongly, you even find it hard to settle on the balls that you do have time with. I can remember turning with one ball and striking it blindly down my wing, making an idiot of Noel McGrath who had come short for the ball, and making Tommy Walsh look superhuman as he jumped high to field it.

It used to really annoy me in training games when the puck outs would not be modelled on the vast majority of match-day puckouts. There are between 50 and 70 puckouts in most games with 90-95% of those long. Yet we were letting goalkeepers pop easy balls into space for forwards and midfielders when it would never happen in a game. I always felt we were neglecting then to practice winning primary ball as well as breaks.

Kilkenny are, in fact, the originators of playing deep-lying half backs too. If the forwards and midfielders work hard enough, the half-backs will never have to worry about marking up high on their men. They can concentrate on reading the play, intercepting long balls and getting the breaks from the full-back line. It is a sure-fire way of playing, however not every team has the honesty and athleticism to pull it off. It involves running and closing space when no one in the crowd will see it. It involves trusting your management team to see that you are working your backside off even if it is not registering in the scoring column.

Don’t ever say Kilkenny don’t do tactics, they are just very simple tactics. The last day out, only for a couple of individual bits of attacking play, Cork found it hard to get around the Cats defence. You could see the aggression levels coming up as the game wore on and the confidence was suddenly there again. Contrast that to the Clare game where the Banner were running out of defence with the ball and opening up the Kilkenny backline like a book.

At the same time, we know that Cork are struggling at the minute. This weekend, Kilkenny are playing a Tipperary team that has looked pretty good for their first three games of 2017. The league is important for a team's development for the coming year and I have experienced it in both defeat and victory against Kilkenny. In ’09 we got the mother and father of all beatings down in Nowlan Park but I genuinely believe it was the start of Tipp being back at the top table of hurling. It opened players’ eyes to the level that you need to be at and when we played them a number of weeks later in the League final in Thurles, it was one of the most physical matches I had ever been involved in. That set the tone for the next few years and the ’09 and ’10 All-Ireland finals were just as intense. The referees were even treating it differently – they were waving play on in situations that would render a yellow card in usual situations. 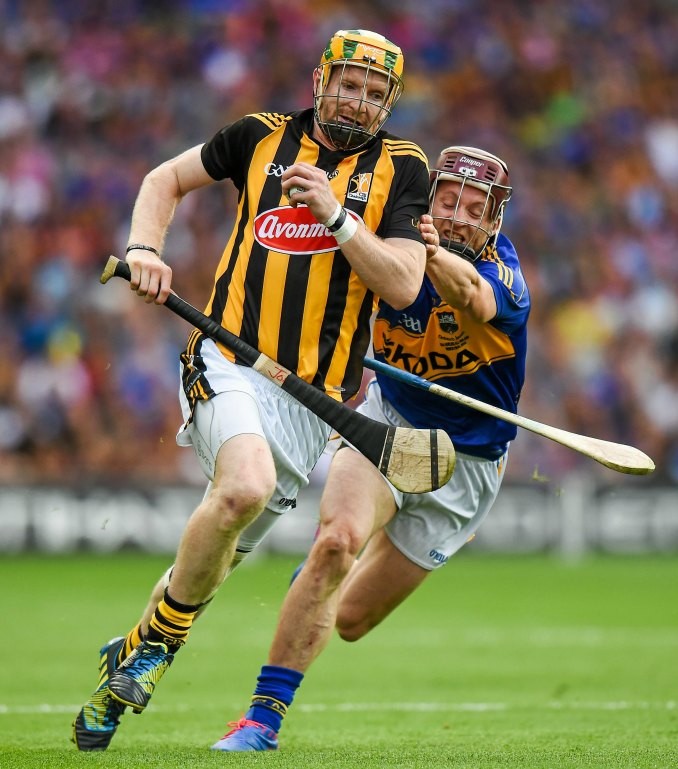 In the 2010 league, I remember we put a massive emphasis on winning our group game against Kilkenny. The null-null was buzzing with lads itching to get out and compete. In a poor match we just edged them and it was the first time we had beaten them in a few years. We needed the psychological boost of beating them so that we could draw on it as the year went on. Although we were terrible in the rest of the league and the first round of the championship against Cork, the Kilkenny game was important and benefitted us as we went on, culminating in our best performance in the final.

In 2017, the wheel has turned and it’s a role reversal. Kilkenny are now looking to gain a big confidence boost by beating Tipperary in their own backyard. That would be a double whammy as they can partially put the All-Ireland display of 2016 to bed as well as drawing a line under the toothless performances of the first two league games.

Tipp, on the other hand, will want to hammer a psychological blow that might benefit them as the year goes on. The more times you can beat a team, the less belief they will carry against you going forward. I’m sure that won’t be lost on the Tipp backroom team and I’m sure will have stressed the importance of this game throughout the week. Kilkenny did a lot of their null work in the league for the past 10 or so years, blunting teams’ belief before the championship even begins. Now Tipperary have begun to use that model too.

One thing is for certain, the most important element on Saturday night is for the Kilkenny forwards to give the Tipperary backs a hard time with and without the ball. If they don’t, the Kilkenny backs may hear plenty of murmurs from the crowd.