Winning the AIB All-Ireland Club Final: The feeling is hard to describe

It’s not supposed to “sink in” right away. The magnitude of what’s just been accomplished is, I guess, what sportspeople are talking about when they say that.

How do you know when you’ve reached that point? When the sinking in has occurred. Just a few days after being part of the Cuala panel to win the AIB All-Ireland SHC club title, it’s what has me thinking.

Is it that moment when you walk over to a teammate, not really saying a whole lot, but it’s all smiles as you exchange knowing pats across each other’s backs? Simple, basic, though more than anything else it is the dialogue of an understood feeling.

As a journalist, you’re always looking for context from a team or individual after a title has been won: what does this mean? Where does it rank? After the low days you’ve had in the past? You want a shortcut to emotion and great headlines; that’s natural, that’s what the public wants.
So now I’m asking myself those questions. The more time that passes by, all I find myself thinking of is the people who started the voyage with us but weren’t there for the finish.

Peter Dunne, a legend of the club, passed away in the week leading into the final. His son Adrian is the chairman, and I’ll never forget the emotion in his voice as he spoke to us players in the Croke Park dressing room afterwards. The impact of his words will far outlast the brief amount of time spent delivering them.

Back in October, a week before our county semi-final win over Lucan Sarsfields, our long-time mentor John Hennessey passed away. We didn’t really know how gravely ill he had been in the weeks leading up to that, which I guess is a measure of the man. Shielding us from it as he continued to help out. 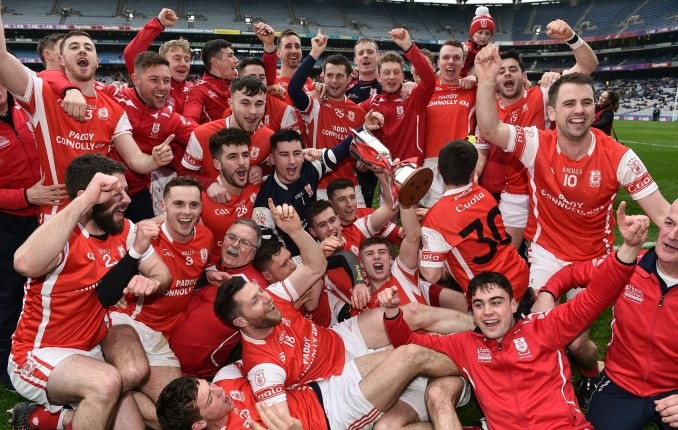 Many, many times since March 17 has the man we called Henno crossed my mind. A Tipperary man like myself, he had been warmly taken in by Cuala decades beforehand, and his loss has been great. He was always up at training before everyone else, hanging up the jerseys, and then giving us the latest gossip from county board meetings up and down the country. He knew everyone, you see, so he had it all off.

He’d sidle up to you, shoulder to shoulder, lean in sideways and leak the news out via the side of his mouth. “Howaya Stapo…” he’d begin. The next man in would get the same edition verbatim, and so it always went. Always delivered with that same smile.

Back in 2012, I broke my hand in a challenge match and was in St Vincent’s waiting on the results. “Ah Stapo, howaya” I heard from behind a curtain. There was John, in hospital for a spell, but beaming because he had news for me.
When he was laid to rest on October 26, the church at Foxrock was suitably jammed. The Liam McCarthy Cup was brought up in his honour by the Tipp chairman, which he’d have loved. The Tommy Moore Cup we won is for men like John, and Peter too. I’m sure other Cuala players could add more legends to the list, including club president Jimmy Doyle who just passed away on Wednesday.

I’ve watched my brother Paddy start in five senior All-Ireland finals for Tipperary and be a member of a sixth decider in 2016, and you get used to other people being involved on these big days. Plenty of our players have lined out in CrokePark at inter-county level too, so you get used to the idea of it being for the elite players.

Thinking back now, it really is amazing for a club player to experience running out onto the field to that roar. To look around that cauldron and take in the sights and sounds, and experience what it does to your senses. And that’s as a sub who didn’t come on. I can only imagine the adrenaline rush Colm Cronin and Jake Malone felt when they hit the net for us.

The AIB club championship might not always been in the spotlight but it’s a rich tapestry of storylines. Due to work commitments, Niall Keane transferred to the club in 2016, but from the team who would provide the opposition in the All-Ireland final: Ballyea. Add in the small matter of his fellow hightower brother Aonghus being on the other side of the trenches. 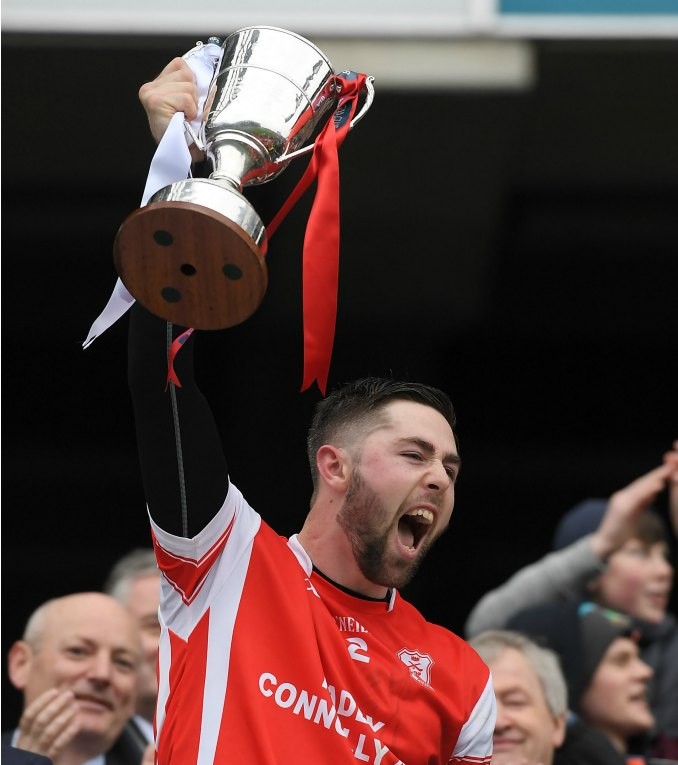 As we drove out to training night after night, I’d often ask Niall how he was feeling about it? “You couldn’t make it up,” “it’s mad,” “so weird” and so on were the general flavour of his answers. When does that feeling sink in and become real? Because something that farfetched could never feel as though it was actually happening.

Few club teams keep their entire group together for extended periods of time. Usually, the county team releases players back for county championships and for most teams that doesn’t last particularly long. Since Dublin were beaten in the 2016 All-Ireland series on July 2, we’ve had that time together — eight months unbroken. In many ways, it should be the norm for GAA — it allows you time and space to foster that bond.

Without it, we wouldn’t have time to declare that Sean Moran, Darragh O’Connell, Oisin Goughand Simon Timlin should be considered the Boring Group* (*the name has been changed for the sake of the children reading this). Nor would Darragh have had a chance to force his way out of it after the county final win. He presented another player with a candle-lit cake honouring the one-year anniversary of being dumped by his girlfriend. It brought the pub to its knees… and so Darragh left Sean, Oisin and Simon behind. (PS they’re all not such bad craic, really!)

Without a long club run, the Cuala Ultras might never have grown as they have to a stage where they packed out two DART's.

Of course, the full feeling will take a while to sink in fully.