Aidan O'Mahony: Common sense is the key to the black card

I’d been reading online about the back card while I’d be away on holiday, but I wasn’t fully sure of it.Anyway, I came back and got my first taste in a McGrath Cup game at the start of 2014. We were playing against Cork and I’d say I wasn’t out on the field long before it happened.

Our goalkeeper was putting a short one out to me but he sort of overcooked it. It went over my head straight to Aidan Walsh and he more or less ploughed into me. Black card, gone.I was like “Jesus Christ, what’s going on here?” That was my introduction to it. Obviously in the All-Ireland final of 2015 I was shown the same card for a foul on Kevin McManamon, which I hold my hand up to - that's what it was brought in for. He was going through, until I decided he wasn't. So I had to take that one on the chin. David Coldrick was miked up for that final, and I think that was sort of a testing ground for the card, and I don’t know, it’s a grey area. 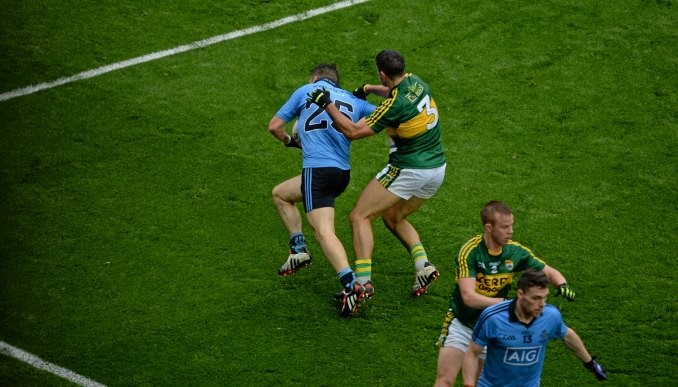 The issue is consistency. There was one big incident this year in the Allianz League that I’d pick out and it involved the Dubs when they went to Monaghan. The Farney men were looking to end the unbeaten streak early but ultimately came up short. You can partly trace the turnaround to an important incident. Bernard Brogan checked his man off-the-ball and it was a blatant black card. The referee might not have seen it but he has umpires and linesman, and of course maybe they didn’t see it either. It might be a case where Bernard just got away with it.

Fair play to him, it wasn’t seen. It’s a heat-of-the-moment thing sometimes, but he should've gone, and then he scored a goal not long after it. I think some players can be fortunate because referees can’t pick up everything. You can't expect them to. There’s a fine line because Diarmuid Connolly came on in that game and got a black card. What I saw of it, I didn’t see it as a black card. It’s very hard and it’s often down to who is reffing the game and are they dishing them out.

Last year, Robbie Kiely was given a black card against Mayo in the All-Ireland semi, it was early on and I think we needed more common sense. For a player’s mentality, if you get to the final-four and you’re black-carded after five minutes… like, I don’t care if he can be replaced, are you replacing him with the same calibre? Is this in the spirit of the game, even?

I remember when it first came in in 2014, players were nearly afraid to tackle or throw in a shoulder. We need to keep the physicality in the game and that’s always the part I enjoyed, be it for Kerry or Rathmore. You could go in for a tackle now competing for the ball honestly but end up on the wrong end of an interpretation. 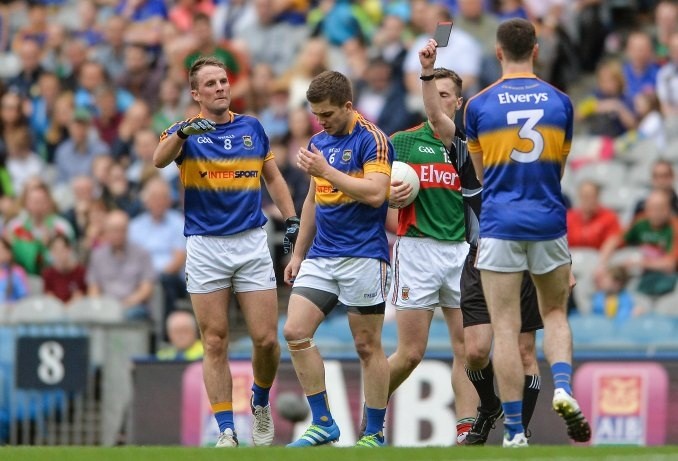 Late last year, I was playing in the Railway Cup for Munster against Ulster above in Parnell Park. You wouldn't expect a big crowd in December and so it was; barely 100 brave souls showed up. Anyway, during the first half, another short kickout went to me and I lunged for it, but so too did Charlie Vernon. He just about got his foot to the ball before my hand did, and I happened to catch his leg. Completely innocent, a genuine play on the ball, and yet I was shown a black card.

It needs to be dealt with better. I play on the edge, I'd be the first to admit that, but we need the physical stuff in the game. We need lads to feel like they can go for 50-50 balls, and 40-60s while they're at it. That's where the game comes alive, when players can throw it all on the line.

There will be innocuous clashes of legs when you go for the ball and that needs to be understood. In the league final of 2016, I remember getting checked on three occasions going across the field and it was frustrating, I was trying to explain the situation to the ref, and next thing I end up getting sent off.

Look, we just need the linesmen and umpires to give the referee more assistance. Peter Crowley was clearly fouled by McManamon in last year's semi-final and months later the referee comes out in the media to explain he didn't see it. Well surely a linesman did, it wasn't that far away. So while the main point here relates to the black card, all officiating would benefit from more communication.

Players too need have been trying to get opponents into trouble. You've seen it where a player feels an arm across him, holds onto it, then flops over and it ends up a black card. That needs to stop and it's on players. And common sense, of course. I think plenty of refs at club level don’t even seem to bring the black card but when they do, I don’t think they’re given that often. Less is more, I think.