Aidan O'Mahony: The Gooch is the greatest footballer of all time

The Gooch is the greatest footballer ever to grace this planet, without doubt. He has all the medals, and the AIB All-Ireland title on St Patrick’s Day was a fitting send-off, but it’s the things he’s done on a pitch.

I always go back to that step-back and kicked pass against Dublin in the 2013 All-Ireland semi-final, the one into Donnchadh Walsh that led to James O’Donoghue’s goal. Magic.

He just sees things before the rest of us. If it has to go through the eye of the needle, Colm will thread it through with the finest silk you can find. I’ve marked him many times down the years, both in county training and for Rathmore against Dr Croke’s. We always talked about how you might keep him quiet for the whole game and then in two minutes he has you destroyed. We might have killed each other on the field but the respect was always there afterwards.

No one down here in Kerry wanted to see him go. I know myself, it’s a sad day when you call a halt to it. It feels like the end of an era. I remember talking to Eamonn at the start of the year. He was saying “would you go back for the young lads in the dressing room?” Like, mentally it’s harder to go back when you’re probably going to be sitting on the bench, and it’s not how players want to finish their careers.

Colm is after coming over to my side on the retirement, and they could nearly open a home now in the one year with myself, Marc O Se and Gooch. But you’ll see now who the new leaders with Kerry are. That will be the positive thing you’ll see from here on out. Lads thinking “I need to be the new leader now” that Colm is gone, and it’s the thing I’m looking forward to most starting with the league final against Dublin.

Any time I spoke in the dressing-room, it was to gee up the players. When Colm spoke, everyone sat up and listened. It wasn’t what he said but how he delivered it. He was seeing where the game could be won and trying to give us a snapshot of his supreme vision. I mean, no one else could read it like him. 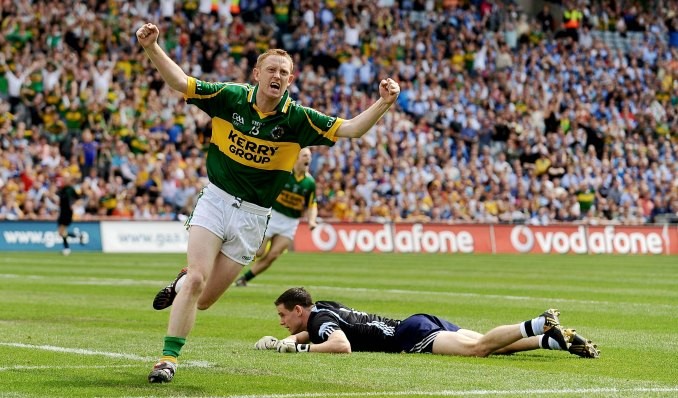 Joe Brolly and Martin McHugh have said things about Gooch over the years but they don’t know his value like we do. And to be fair, like the rest of the country seems to do, judging by the outpouring of tributes. He doesn’t need to prove it to anyone.

Remember the 2009 All-Ireland quarter-final against the Dubs. Mike Mac sent a ball into Cooper and that coolness he showed to slot it in, it’s a rare quality. The rest of us would be in front of goal thinking “jaysus, where will I put this?” but not him. Net, all day.

Even in 2014, when he did his cruciate and broke a kneecap, I don’t think many lads would come back from that. Just having him around, he was a huge driving force behind winning the Sam Maguire that year. I couldn’t believe his massive positivity, and not once did he mention his injury. Even leading into the All-Ireland final, he togged out for the football match in the training session on the Tuesday. We were there thinking “this is amazing”. Now I don’t know if he would’ve come on against Donegal but he always put the team before himself, that was his character.

Everyone grows up wanting to play for their county, to wear the green and gold as we do down here. But I think in recent years, the minors and Under-21s coming through wanted to play with Gooch more than anything else. That says more than I ever could.

Dublin are on a high right now but there’s no inferiority complex in Kerry, I can tell you that. This game is as close as you’ll get to championship pace and it’s a great opportunity for Eamonn to test the mettle of some young lads. There’s no place to hide in Croke Park, so he’ll know what he has after this. There’s a swagger about the Under-21s that blew away Cork in the Munster final and seven or eight of them could be involved during the summer. 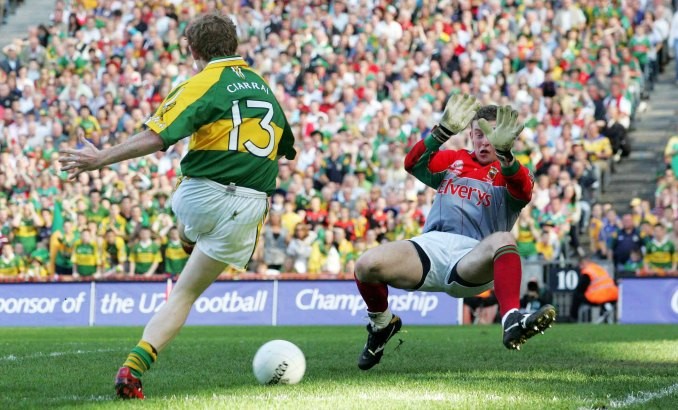 He’ll want to find out who can stand the heat of the Dubs furnace, lads who are able for the guts of 80 minutes at this pace. We saw Jim Gavin bring the likes of Michael Darragh Macauley, Jack McCaffrey and Bernard Brogan off the bench against Monaghan, not to mention Cian O’Sullivan and Diarmuid Connolly. So Eamonn needs to find men who can come in and make an impact too.

If Kerry can do that, and even win the game, they can spend the next six to eight weeks in a really positive place building into the championship opener. Dublin will be looking to put another nail in the Kerry coffin, and we’ll be looking to get one over on them. Both teams are in great nick, it’s top-table stuff, and I can’t wait. Even if the greatest of them all won’t be there.

He’s already done it all better than anyone ever has.