Conor Lehane: Drawing that game was worse than losing the replay

I was about ready to raise my arms. Just like a firework with its fuse lit, I was ready to explode out in all directions. This had to be it, Brian Gavin had to blow the whistle now. Just let me go mad, Brian, please.

But no, there was time for one more puckout from Patrick Kelly, and just seconds later the ball was in the hands of Domhnall O’Donovan out by the sideline. I was standing directly behind the Clare number two, and could see the arc of the sliotar once it left his hurley.

Before Clare fans’ pulses were set racing, my heart was already sinking. I’d say I knew before anyone else in Croke Park that the ball was going right over the black spot. Full-time, drawn All-Ireland final.

I know a lot of people felt that Clare were the better team on the day and deserved a second chance at least, and that’s fair enough. It doesn’t take away from the frustration I felt when that whistle went. Anger, even. You’re in a winning position for the Liam MacCarthy in 2013, the two minutes were up before the puckout, and it’s 72:27 before the ball goes over the bar. It’s hard to shake that.

Drawing that game was worse than losing the replay. That might sound ridiculous, but it’s true. It was genuinely heartbreaking. They were amazing games and occasions; I remember the sea of red clashing with an ocean of saffron and blue. To be just another fleck of colour in the middle of it, that was fantastic. So too was the Munster final a year later in 2014 against Limerick, when we finally took home some silverware.

When I think back on being a sub on the Under-15 and Under-16 Cork teams, it’s hard not to laugh. I wasn’t huge now, but I was definitely packing a few pounds. Back then, I would actually eat anything that was there, with no plan behind it at all.

In school, we used to have white rolls every day; of course all the other lads were grand and skinny, I seemed to be the only lad feeling the effects of it.

I had to try to get rid of it so I cut out the bad stuff, and added in some more training sessions myself. Nowadays I have a decent balance: maybe one day at the weekend I go to town on it, then I’d be strict for the rest of the week. 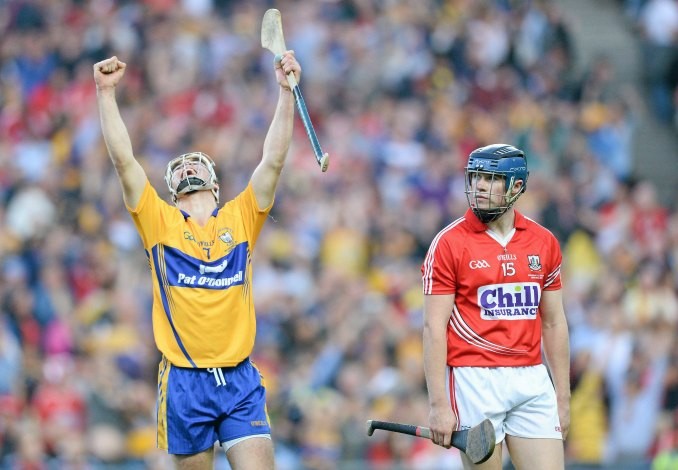 Being an inter-county forward has changed a lot since I made my debut under Denis Walsh in 2011. Back then you just played your position and that was it.

Now it’s all of that plus helping out the midfielders and wing-backs. No one stays in the same position for the whole game anymore, the workrate of the attackers is huge now, and the half-forward’s role has probably changed the most.

It takes a bit of getting used to it, so you have to buy into it more than anything. If you were very particular in how you played, you’d be a bit hesitant and it might take a while to trust it. You’d be asking “how am I going to do the thing I want to do, if I’m being asked to do a different role?” Eventually when you buy into it, it works out regardless; it’s just how you apply yourself.

How you play as a forward depends on the team you’re against. Some counties' backs will hold their positions whereas other teams will follow their men, so you’ve to adapt to the opposition.

As a forward, your focus is normally about making him worry about you rather than the other way around, but there is a responsibility at some point too if he’s holding the centre and cleaning up ball. That’s the balance of being a forward today, to adapt to each team and marker.

When sweepers first came out, no one liked them and I certainly wasn’t a fan of it. I actually thought it would ruin the game. Like on the field, you’re there playing against an extra man who is mopping up ball you wanted to get onto.

It’s more or less accepted now and people are taking less notice. It’s all about working a bit harder, which is no harm to get into your game.

I think sweepers will always be there in some capacity. It’s the safety net in a way because when it works out, it’s huge. Forwards don’t have as much space to operate, it upsets them.

Some teams use the sweeper but have a plan if it's used against them. You need fit forwards coming up and back the whole time, and carrying it so much that it takes the sweeper out of it for the opposition. A sweeper usually cuts out ball going in long, or into the full-forward line, but when it’s being carried upfield as they do, the extra man becomes redundant. 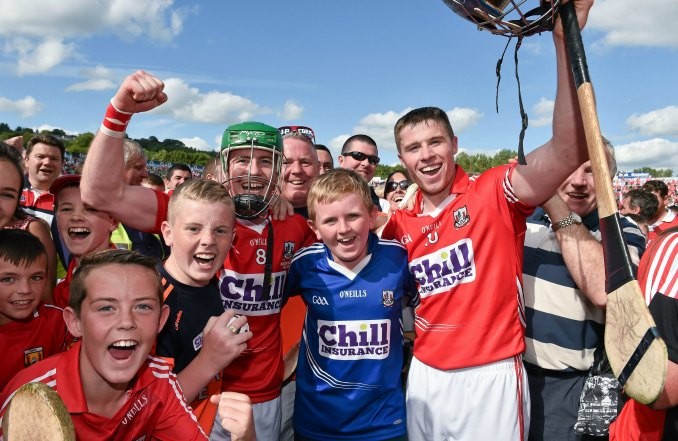 We’ve had a few lean years since winning Munster in 2014 and that’s been frustrating but I feel like it’s starting to turn around. There was a lot of talk when Wexford beat us in the championship in 2016 but we’ve seen since that the same players under Davy Fitzgerald took the scalp of Kilkenny at Nowlan Park.

I’m on my third manager with Cork. First Denis, then Jimmy Barry, and now Kieran Kingston. At 24, I’m expected to be a leader now and I have to say that’s how I want it to be.

We’ve got talent coming through. Players like Luke Meade, Shane Kingston and Mark Coleman have been known in the county for a while, and they’re beginning to make an impact now. So that’s a positive and hopefully we can push on from here.