Eddie Brennan: Davy needs to control his manic side

I have misgivings about Davy Fitzgerald, I’m not a fan, but I don’t want to go down that road.
His impact inWexfordhas been obvious, they’re all pulling with him, and he has managed to bring JackGuineyback into the fold. All positive.

That picture of his players doing the warm-down after beatingKilkennywell in the quarter-final highlights the great mood down there just now.
But coming onto the pitch after Noel McGrath’s first goal, to be jostling with players, that’s the negative side. When we were players, his antics on the field made you want to beat Clare all the more.

You have to contrast the level of detail and professionalism he has clearly brought toWexfordwith behaviour that amounts to someone needing to be the centre of attention.
You’ve often heard of JoseMourinhoandFergiemaking their point to referees but they don’t encroach on the field. Let’s even forget about Davy for a second here, what if you heard of an under-14 match where this happened? 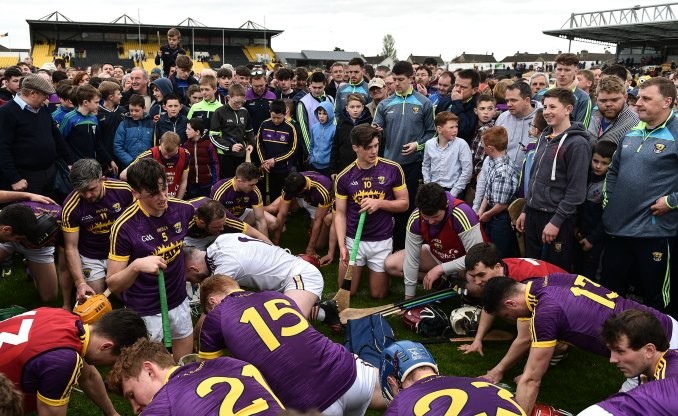 Surely this is why there is a role for theMaorFoirne, and managers can speak with the official on the sideline. We all talk about respect for referees and setting standards, so it’s important theGAAare decisive.

We all heard about this new mellow Davy in 2016 and DonalOgCusack’s influence in that but then against Waterford he had a pow-wow with DerekMcGrathwhen the pressure came on. In 2013, he was measured — but then in 2014, the results went against him and it kicked off again.

“That’s how I am” is not a good enough excuse because we’re not talking about some 22-year-old here; he’s been around long enough. Calculated strategy to motivate his team, we're led to believe. The narrative should be the super progress ofWexford, not their manager tangling withTippplayers on the pitch.

I recall Brian Cody and Anthony Cunningham locking horns in 2012 but that was fair game on the sideline, which is where it needs to stay.
Really, one of the experiencedWexfordlads like Lee Chin or David Redmond should be having a word with the ref after a wrong decision, get him thinking. When I was playing and If I saw Brian Cody at that, I’d be like “what is he doing?”

Of course the thing is, it completely affected howKirwanofficiated the remainder of the match becauseTippcouldn’t buy a free. Otherwise, the margin of victory could’ve been 15 or 16 points.
Again, this is not Davy-bashing, it’s important to ram that home. But like in the movie ‘Me, Myself and Irene’, he has to control Hank - that manic side.

It whets the appetite forJune 10when I expect the Models to make theLeinstersemi-final. Cody v Fitzgerald, I can’t wait. 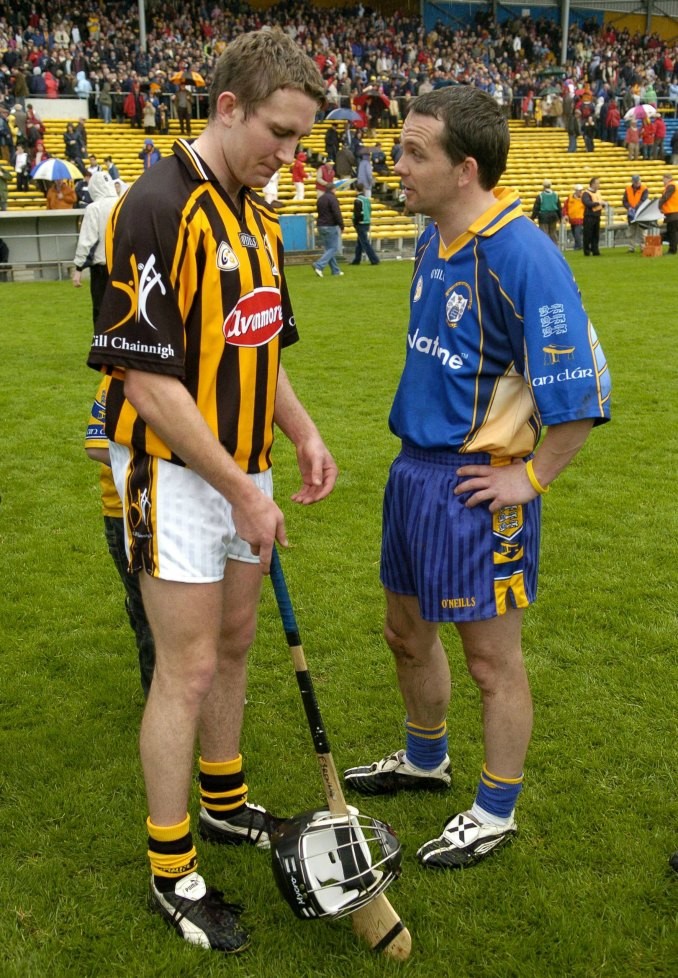 The league final betweenTippandGalwaycomes first and I think the big thing is which Tribe shows up.

Joe Canning played at centre-forward against a poor Limerick team and maybe they’ve finally settled him there. He has freedom to move and I liked his link-up play with ConorWhelanandCathalMannion; he brought a ball out of a ruck to set up the latter for one nice score in particular.

It should present an issue forRonanMaherwho is superb and mops up ball so well in front of James Barry. Canning’s ability to hurt you may dragMaheraway from the centre, which could open it up.

Outside of Canning linking up, too oftenGalwayplay like individuals but if they gel and find the best-placed man with the ball, we know they are dangerous.

We know the class ofTippand how they link up. The twoMcGrathsare so intelligent and their goals, not to mention Brendan Maher’s, were so cool under pressure. It’s a rare thing.

I love watching JohnMcGrath, his brain gets him in great positions rather than any huge pace or power. He’s so switched on amid the madness, always making clever runs and finding the right passes.

SeamusCallananis out with a broken thumb and it’s not good for him. Sometimes players hit a plateau after four or fives years at the top, and injury kills your momentum. It’s the same for Richie Hogan.

The plus side is Mick Ryan can throw Bubbles back in and say “now you’re starting” which will focus him, all the while knowingCallananwill be back.

I think it will be hammer and tongs stuff but the intelligence in theTippforward line is so dangerous.Tipperary have the balance;Galwayjust have more ifs.