I remember marking Rory Woods when we played Monaghan in the 2007 All-Ireland quarter-final, and our battle on the pitch was a seismic stuff.

That’s what you get with the Farney County, they’re a strong, physical team and they’re a side I really fancy in Ulster this year. They were fantastic at times during the league and impressed me in defeat to Dublin; they had the champions beaten only for a fluke goal and black cards going against them.

Last year, Malachy O’Rourke’s side seemed a little undercooked in the championship and after losing to Donegal in the province, they were dumped out by Longford after a six-day turnaround. They’ve progressed since and of course Jack McCarron has been a big part of that. Years of injury issues curtailed him but now he’s flying, hit 1-5 from play against the Dubs, and is a great twin gun near the square alongside Conor McManus.

Fermanagh travel to Clones on Saturday evening. Their manager, Pete McGrath, is old-school but he’s a shrewd operator and will have them ready. They’re certainly not going to leave the door open for McCarron and McManus, and at the same time they have quality forwards in the likes of Tomas Corrigan and Sean Quigley.

I don’t see Monaghan winning by a wide margin because they will come up against a stiff defence, but I do see them coming through. Darren Hughes is out but they have his brother Kieran, those two inside threats, hard runners in the likes of Gavin Doogan and Owen Duffy, the Wylies, and flying wing-backs. They’d be my tip for the province this year. 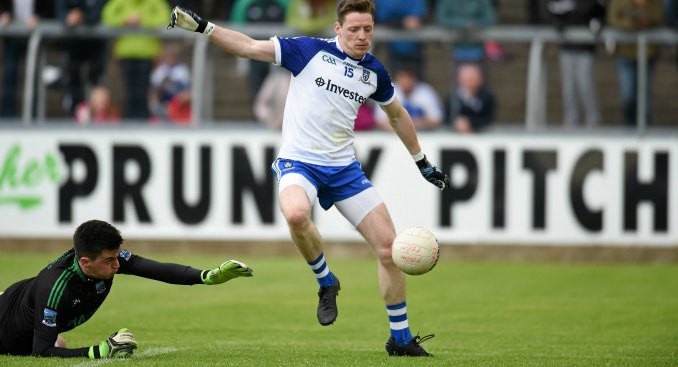 Donegal are a side I’m looking forward to seeing plenty of, they’ve lots of running in them. They’re a little bit more defensive that the Farney boys but they have some real class in the team. The downside for them is that they have to keep Michael Murphy out the field, and it hurts them inside. Whereas if Monaghan put Kieran Hughes out the field, they still have a huge threat inside. You’d fancy Rory Gallagher’s team to beat Antrim without too much fuss.

Mayo will be expected to beat Sligo well but Niall Carew is a good manager and felt his side didn’t get enough respect ahead of their win in New York. They’ll have learned from the clash in 2015 when Aidan O’Shea was hitting the net for sport.

I think Stephen Rochford’s side have a point to prove this year, and pretty much in every game they go out. Because if they don’t win or perform well, they’ll be told the team is one the wane, and if they win it’s all talk of Sam Maguire again.

They do need to win it at this stage because it’s not as if there is obvious top-level talent coming through this season. You see Atletico Madrid; they’ve gone so close to winning the Champions League so often now but it seems as though their chances have run out. Kerry are going into the season with huge optimism because they got a serious monkey off their back in the league final. That helps.

I’m a retired inter-county player now so I can’t do any more talking on the pitch but Mayo can. We always say that you shouldn’t read the papers but they’ll be aware of all the pundits saying they don’t have a marquee forward, and Aidan O’Shea will have seen what has been written about him. They can answer that; I think the team needs to now.

They don’t have a McManus who needs to be double-marked or a James O’Donoghue who could hit eight or nine points in a game but they do have an excellent player in Cillian O’Connor and the class of Andy Moran. I’ve played against the latter and also with him for Ireland, and he is never found wanting, whether that’s as a starter or coming on to change the game.

It’s not easy to get so close every year and to be beaten. After a while you start to ask “do I want this anymore?” There’s only so many times you can go back to the well. Assuming Mayo beat Sligo, Galway will be no shrinking violets in the semi-final either.

Elsewhere, Louth impressed me in the league final and you imagine they’ll take care of Wicklow. Longford should make it a tough afternoon but Laois should have enough. Carlow are hugely reliant on Brendan Murphy so Wexford, under new management in Seamus ‘Banty’ McEnaney this year, will have too much. 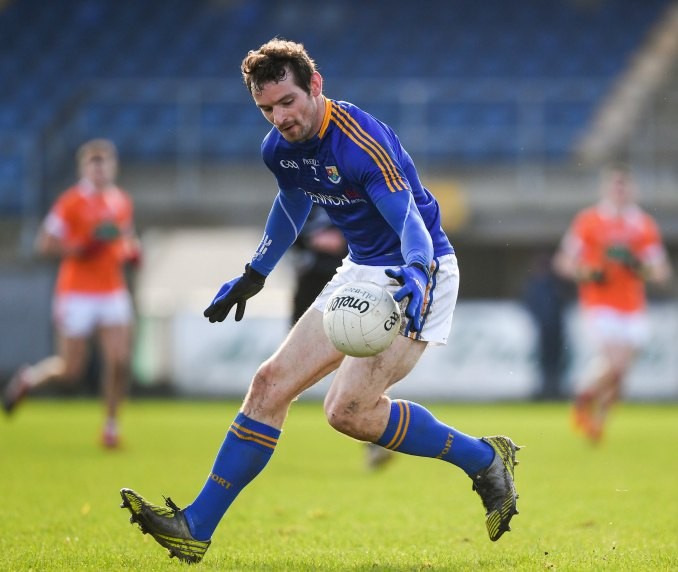 Cork are going to look at Tipp and says you gave us a hosing this year and there could be retribution, because there’s always a big game in them. So Cork v Kerry in Pairc Ui Chaoimh where they’ll be opening the new grounds. If I was in the team this year, I’d feel a bit uneasy but I’d still back Kerry with everyone back.

We all know the story here but the one thing I will say is that Kildare look to have something about them now. Paddy Brophy is back from the AFL, and that’s another boost. I trained under their manager Cian O’Neill and was fantastic so we’ll see how it sets up. Dublin have amazing competition in the side, Con O’Callaghan is coming back too after his success with the Under-21s, and you can’t go elsewhere than the capital for Leinster.

Always the toughest one to pick. Donegal, Monaghan and Tyrone are the contenders though. Tyrone must’ve had them training hard for Kerry and Mickey Harte will have been looking at championship. Monaghan are my pick this year and they were very good against Dublin, so I’ll go for them.

The spotlight has been on them so much. They need to win Connacht and they’ll probably be tested more than ever. Galway, of course, are champions, have under-21s coming through but Mayo need it more.

I just think that this year they have those young lads coming through and that could make the difference. I know it was only league but three or four of them stood up in the league final, and more Under-21s have come through since. Mayo will likely meet the Kingdom in the semi and if they get to the final, I’d back Kerry. 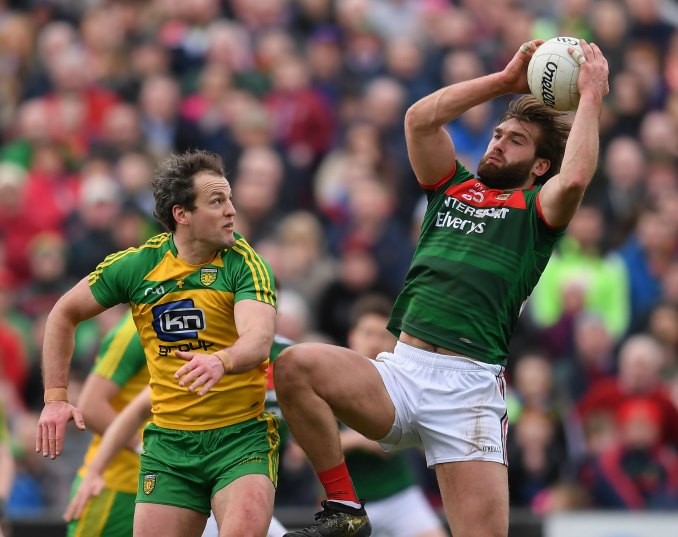 It’s very hard to look past Kerry as Cork have slipped back in past few seasons. On current form, it looks like a Tipperary v Kingdom final. Liam Kearns has done a magnificent job with Tipp and a provincial title must be their next big goal. Kerry to win it.

This province is a foregone conclusion.

Mayo are still the team to beat in Connacht. You must base this on championship form over the last few seasons. Once Mayo take care of Sligo they will play Galway in Salthill which will be a mouth-watering clash in June. Galway have secured promotion to Division 1 and they have some good forwards coming through the ranks. Albeit they are young players, I am excited by what some of them will bring to this year's championship. Their hunger and experience from 2016 will stand to them. Mayo haven’t added any new talent up front and this will be costly for them. Roscommon should come through the other side of the draw after a disappointing league campaign but they will be lying waiting in the final and on their day, could cause an upset but its Galway for me to retain the Connacht championship!

Monaghan have been dealt the blow of losing Darren Hughes due to injury in a club game. They had great league campaign and Jack McCarron was probably the best player during the League. He will take a lot of pressure off Conor McManus, in that he will need double-marked also. Donegal looked the best team in Ulster during the league and Rory has put a fine squad together after all the retirements. Tyrone had a disappointing ending to the league against Mayo and Kerry so question marks remain over them, and they have a tough encounter away to Derry first. They are lacking a marquee inside marksman. Armagh are the team that could have a run in the Ulster championship. In my mind, Donegal have the best squad in Ulster and I think they will win the final.

The reality is Dublin and Kerry are a long way ahead of most counties. Both will arrive fresh enough to the quarter-final stage. To achieve three in a row in the modern game will be tough going and I think Dublin will encounter some tough games in the latter stages of the championship. Discipline will be key for the Dubs as teams will do all they can to upset them. Jim Gavin is a shrewd operator though. Kerry will play the Connacht winners in the semi-final and it is hard to see them not making the final. Dublin should end up playing the Ulster champions in the other semi-final and this will be the first real tough test for Dublin. They should make the final all the same, but I feel Kerry are improving steadily. The Kingdom were level against Dublin in the semi-final last year with five minutes remaining and having not played that well. They had a chance to go one up but lost the ball to a high solo; then Dublin went down the field and Eoghan O’Gara kicked them into the lead. They should have got a free in for the frontal charge on Peter Crowley but instead Diarmuid Connolly kicked a wonder score off his left to put the Dubs two up and it was game over. Kerry will have learned a lot from that game and a little more from the league final. Kerry to win Sam Maguire this year.