Barry O’Driscoll: Cork focused on getting back to where we should be

You’d imagine Barry O’Driscoll doesn’t suffer fools gladly. The 27-year-old is a straight-shooter; if he sees it, he’ll call it. You ask about Cork finishing fourth in Division 2 and, quite simply, it wasn’t good enough for the Nemo man. Then the question of the negativity that pervades Cork football in recent seasons:

“There does seem to be a negative thing around us… Obviously you would be aware that there’s certain tensions and that sort of thing, but from being down in the camp, you couldn’t say that is happening.

“Because everyone is working hard and happy enough. There wouldn’t be any b****ing or giving out down there so I couldn’t say you’d see it at training.”

Football is a hard-knock life and O’Driscoll has had his share of bumps and bruises along the way. We go through his war wounds.

“Just the serious ones, the breaks: broken cheekbone, broken eye-socket, broken jaw, all done separately. Then a broken thumb and ankle reconstruction. All down the right side... if I ever have a stroke, I’m goosed!

“Hamstrings and quads, that sort of stuff,” he adds of the rest, which adds up to two years on the sidelines. “You realise what an injury really is after you have a break.

“The ankle, coming back with the rehab, that was serious work. Then again, you have fellas like Colm (O’Neill), three cruciates, that’s no joke at all. You have an appreciation for what fellas are going through in rehab once you’ve done one yourself.

“I’m lucky in a way that the only one I had to rehab was the ankle; the rest just heal and you move on.” 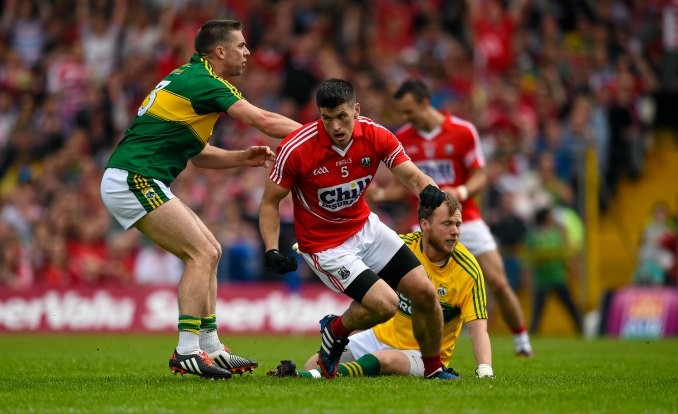 So too do we, as O’Driscoll name-checks Adrian Peterson as a player he admires most outside of GAA. The Minnesota Vikings star did his cruciate at the tail-end of 2011, but came back to rush for 2097 yards the following season - the second-most ever for a running back in a single season. It’s all about bouncing back.

As a county like Cork should; as their hurlers seem to have done with their seismic win over Tipperary. That, of course, lends itself to the question of dual players and whether the flip-flopping between codes of a number of players has hurt the Leesiders. Not to O’Driscoll’s mind, it didn’t.

It’s amazing to think that his panel were so close to winning a Munster title under Brian Cuthbert in 2015, a sunny day in Killarney when Fionn Fitzgerald somehow launched over a late equaliser. From there to here, the Cork graph has plunged to the foundations. Tipp beat them in Munster 2016, and Clare took them down in this year’s league.

What’s changed? “I really don’t know,” he says. “If you won that game, maybe everything is different and we never have this conversation.

“But we didn’t and we’re reaching to get to a level and if we had won that game, it would’ve done a lot for our psyche. We didn’t. Then we had a bad patch after that so it’s trying to get ourselves back to a place where we’re winning games and playing a good style of football.”

Because, from the outside looking in, it doesn’t make sense that the Rebels would have fallen so far down the food chain.

“No, because we are a big county and we feel ourselves we should be mixing it at the top,” says O’Driscoll.

“To get there, we’re going to have to take one step at a time, so that’s one game as it comes. So Waterford (in the Munster quarter-final) is the focus, and coming through that hopefully it’ll be Tipp.

“As can be seen from our results from the past few years, we can only really take it a game at a time. I know that’s a cliche in itself…” 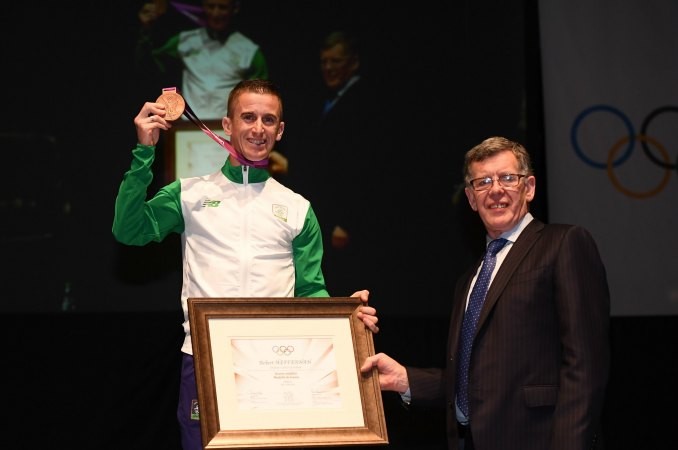 What isn’t an overworked answer is one he gave for his player profile on the Cork GAA website when asked about his dream dinner party guests: Batman, Iron Man, Meatloaf, Santa and Gordon Ramsey.

He laughs about it: “It was just who would you invite a dinner and I just said it for the craic; it’s a fictional question so I gave a fictional answer. I think it’s a good mix,” he smirks.

Another man worth inviting to dinner is an Olympic bronze medallist for Ireland, a Cork native who has visited the panel to impart some advice learned through his long career as a race walker.

“We actually just this year had Rob Heffernan speak to us, the walker. He was really interesting to listen to. He’s very plainly spoken to, he’s down to earth, he’ll tell you how it is, and there’s no messing to what he says.

“It’s all stuff you can relate to even though he’s professional, you know. He has his naps during the day but he’s saying ‘do you want to be one of these lads out on a Saturday night trying to pull a bird, or do you want to be going to bed and raising your standards?’

“He was quite good from a motivational side, from a different viewpoint.”