IN CONVERSATION WITH SHANE STAPLETON

For the majority of teams, there’s a huge fear factor there. The worry of a hiding, of being embarrassed. That’s why you see so many teams dropping a huge amount of men behind the ball. Damage limitation, and little more.

With Kerry, it’s a little bit different because we’ve been competitive against the Dubs. There was nothing in the 2011 All-Ireland final, Declan O’Sullivan almost put us ahead going into injury time in 2013, the 2015 finished 12-9, and last year’s semi-final was close too. The issue is that we haven’t gotten across the line.

So what’s it like playing against the capital? Put simply, it’s an intense mental battle for 74 or 75 minutes. I know people might think it’s more physical or more demanding athletically but that’s not it, all big championship games sap the life from you.

It’s about how tuned in you have to be. There’s pace and power coming at you relentlessly, in a way that’s unique to Dublin. No one else keeps the pedal down like they do, which explains why they’ve won four of the past six All-Irelands.

They’re unbelievably nimble and athletic. Do you have the desire in you to track another bolter? James McCarthy or Jack McCaffrey or Brian Fenton, whoever it might be running off the shoulder next. They don’t have an off switch, so you can't either. That’s mentally so tough.

Then Stephen Cluxton inside in the goals. I’ve never seen a goalkeeper like him; he can go six yards or 60 and put it into your pocket. A huge part of their game relies on the accuracy of the Parnell’s man. 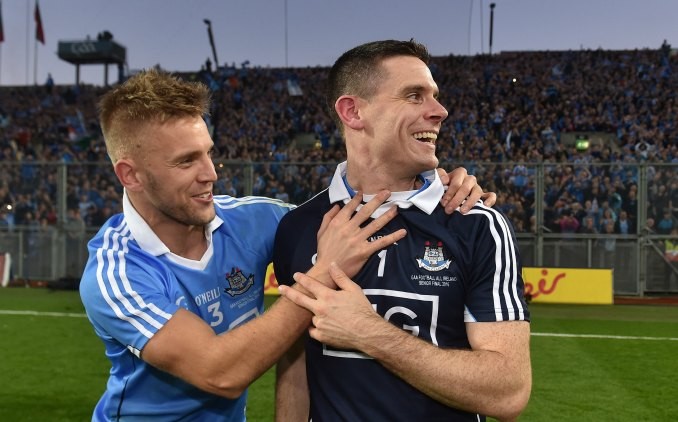 Croke Park is their home too and they know it like the back of their arm. All that speed and mobility counts for more when you are so familiar with the turf and every blade of grass coming out of it. You see teams cave in. A great example is how they solo towards goal, the man in possession fists it across goal, and the receiver palms it into the net. In the past couple of seasons, I’ve counted those sorts of green flags for Dublin in double figures. Can you keep with that? That’s the test.

They have finishers. Paddy Andrews, Dean Rock, and so on, with Con O’Callaghan and Cormac Costello leading the young generation. Even Bernard Brogan couldn’t make the team for the final replay last year. It’s that depth.

The big thing for the Dubs is trying to keep the hunger levels up again in 2017. I was part of a Kerry team that was trying to complete a three-in-a-row in 2008, and it is tough. Little percentages here and there go missing and it’s only afterwards that you identify them.

The Kingdom beat them in the league final this year but everything went right for my county on the day, you’d have to say that. I think both teams will be better in the summer if they meet again. Dublin were missing a few players but Shane Enright, Killian Young and James O’Donoghue should be back flying too.

The form lines would suggest it will be a Kerry-Mayo semi-final and the winner to likely meet the Dubs thereafter — that’s if all goes as expected. I think these are the only two counties who are capable of taking down Jim Gavin’s juggernaut this season.

Eamonn Fitzmaurice will need O’Donoghue and Paul Geaney to do that. What else will he need? To score somewhere between 17 and 20 points, to go after the Dubs again in terms of kickouts and pushing up on Cluxton. Not too many chances went abegging in the league final and that might have to be the case again.

Geaney is up there with the top forwards, he‘s a real finisher and we saw that in the Munster final last year when he hit Tipp for 2-3. You need him and James purring if Kerry are to propel past the best teams. 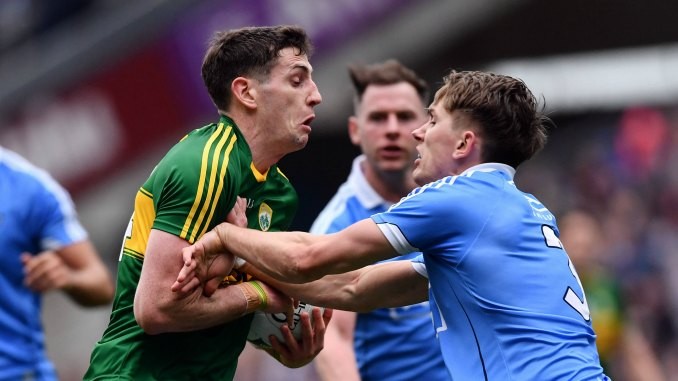 I’m not as close to the team as I was now that I’ve retired so I’m not sure how they’ll set up, but I would like to see those two inside. As for Kieran Donaghy, he could start or be an impact player, and Eamonn is lucky to have those options.

For Kerry to win the All-Ireland, it’s likely that Dublin will have to be beaten at some stage. Coming off that 35-game unbeaten run that was ended in the league final, their feeling of invincibility won’t be entirely gone. Certainly not for the majority of teams who will face them.

If you want to overcome the Dubs, the main thing is to be steeled where it matters: in between the ears.