Dean Ryan: 'Sam Maguire and a Rugby World Cup - one can dream'

Dean Ryan is behind enemy lines, plotting Limerick’s downfall, yet no one seems to notice.Little surprise, because football is an afterthought in the minds of so many locals down here.Every day, Treaty folk walk in and out of the AIB branch where Ryan helps the world go round, and few could even I.D. the Clare interloper.

This Sunday, Limerick will follow Ryan over to his side of the county border as they meet in a Munster quarter-final, with Kerry lying in wait thereafter.The Kingdom were the only team to beat Colm Collins’ outfit in 2016, both in the provinces and in a landmark All-Ireland quarter-final appearance at Croke Park.

“I don’t think it registers too much with people,” Ryan says of any hype where he works. “I don’t mean to disrespect Limerick football but I don’t think they have a huge following in the county which is a pity. It’s all hurling with them.

“We’ve experienced that in Clare too for plenty of years; there’s certain areas and people that are diehard-hurling and will go to the ends of the earth to support it. Whereas if the football was on outside the door, they’d probably close the curtains.

“That’s just the way some people are, and I think it’s similar enough in Limerick too. You’d meet the people that come into the bank on a day-to-day basis, or they’d meet you on the street, and they wouldn’t know you play for Clare and wouldn’t know who plays for Limerick either.

“Obviously the colleagues inside in work would be giving you a bit of stick; Pa Ranahan works in with me as well, the past Limerick footballer. We’d always be having a bit of banter that way.

“Outside the work, no not really. Not as much as the hurling if you have one of the Clare hurlers in there and they were playing Limerick this year.” 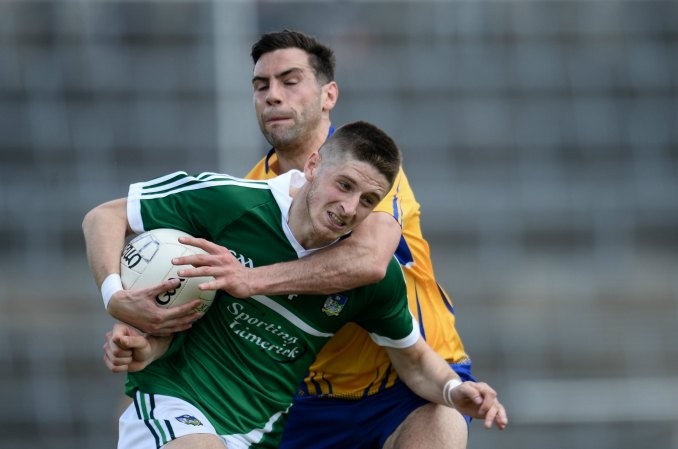 Ryan admits Clare surpassed their expectations last year but the lines of progress have been re-drawn now, and nothing short of 2016’s level will do. Tipperary broke the Cork-Kerry stranglehold twelve months ago and, though the Banner had wished to be the ones smashing the duopoly, they did at least down the Rebels in Division 2 this spring.

“The fact that Tipperary were able to break the mould last year in beating Cork, and got a Munster final against Kerry, we were looking at the draw this year thinking it could be the first time in a few years where Kerry and Cork would be on the one side of the draw,” Ryan says.

“That would give the rest of the counties a great chance of making a Munster final. But it’s just the way it worked out, it happened again, the exact same draw as last year: we’ve Limerick first and the winners go on to play Kerry.

“I think we beat them by two or three points and something like a point or two the year before, so we have to be fully focused. That’s coming from a training point of view. At the end of the day as a player, you’re always going to have one eye on the other side of the draw.

“That’s how you’re going to be: what if this, what if that? If you didn’t, you wouldn’t really be in the sport. You’re not going to be looking at Kerry in a semi-final, you’re also thinking ‘Jesus, what would happen if we beat Kerry and we were playing Tipp or Cork in a Munster final?’ That’s just the way people think.

"In terms of training and preparation, it’s just all down to Limerick. Hopefully you’re getting through that and you’ve two weeks to prepare for Kerry, which is a small enough window but look you’d be hoping to make it work.”

It turns out that if you want to make something work, Ryan is your man. He is in a relationship with Eimear Considine, the former dual star for Clare who these days plays rugby for Ireland.

“A couple of ladies GAA players were drafted in and invited to the Ireland Sevens programme,” says Ryan. “From there, they gave them a few trials, got them doing the basics, and brought them on board.

“I think there were four or five of them, there was another girl called Hannah Tyrrell who used to play in goals for Dublin before, a ladies’ footballer.

“The captain of the Sevens programme used to play for Wicklow in the past, so there is a big GAA connection in the team. The way they were looking at it was GAA players would have the basis of the athlete we’re looking for. That's what they went for.

“That was a fairly full-time programme for two years, I think. She was based in Dublin (as a teacher) so that cut out any inter-county or club. She took a break from that and then started with the fifteens, did the inter-pros before Christmas (scoring a try against Connacht), Leinster won that, the final in Donnybrook before Christmas.

“After Christmas got called into the Irish fifteens and got a run in one or two Six Nations games. So now she’s hoping to make a panel for the World Cup squad in August.”

Is it unusual watching to her play, especially with all the talk of concussion in rugby?

“Yeah I suppose. Sevens was grand, it was all girls who were… there were no real rucks and mauls and that type of thing. I’m only coming to grips with rugby myself, if I’m being honest, in the last year or two. I was never a big follower of it.

“I’m obviously going to more games now than I ever have whenever I get a chance, trying to learn the sport. Yeah you would, you’d get worried at times, she’s not the biggest girl in the world. You see some of the props in a game you’re thinking: Jesus I hope she doesn’t run into one of them, I’ll be nursing her for the next two weeks!

“Thankfully she’s doing alright, she’s grand, she’s out on the wing and she has a bit of pace on her.” 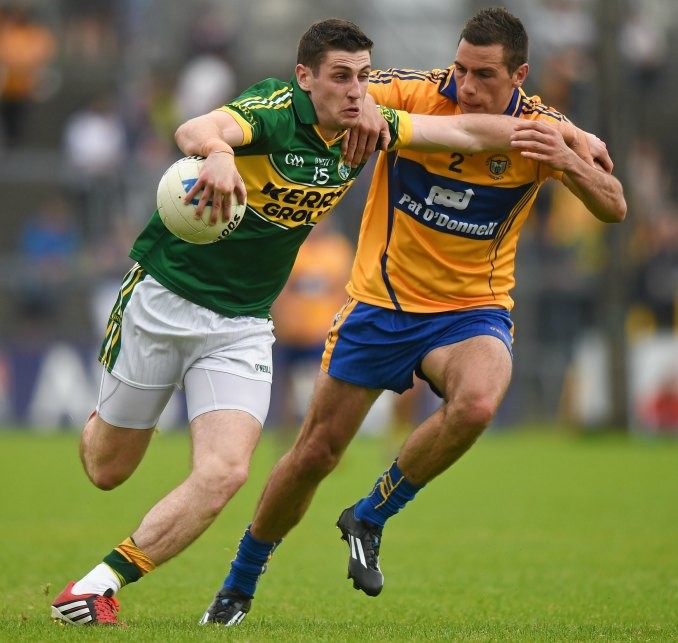 Have you had any hairy moments watching her play?

“I think she’s had one or two concussions alright in different games,” Ryan explains. “She’s come home a few times with bumps and bruises, but nothing too serious.

“She’s put in a few hits where I’ve been going like ‘Jesus, that’s the last time I get on her wrong side! I didn’t realise she had that power or strength or aggression behind her’.

“But no, nothing too major. Nothing to be worried about. It’s something she enjoys. She never played rugby before a couple of years ago.”

So how do you even find the time to be together?

“Yeah, it is, it’s tough to find time. The thing about it is, because the set-ups are run so well… I got a schedule in January which basically outlined the nights I was training, what games I had, when I’m going. She gets the same thing.

“The two of us sit down, say ‘when are you free and when am I free?’ and work around it. It works. I think it would be hard to have that commitment with someone who didn’t understand it; I think it works because of the fact that I understand ‘yeah it’s grand, you have to go training’ and she understands I have to do the exact same thing.

“When I’m on a training weekend or away, she gets it. When she’s on a weekend or away in Italy with the Six Nations, I’m like ‘fine, that’s okay’. So it works that way.”


He hasn’t made it to an international game just yet because of their schedules but, with the Women’s Rugby World Cup in Dublin and Belfast, that should soon change.Given the high expectations in Clare and home advantage in the oval ball, surely now Sam Maguire and rugby’s biggest prize is the aim for 2017.

“Yeah, that’d be alright, to sit down at the end of September with Sam and a Rugby World Cup in the back pocket,” Ryan smiles. “But sure look, one can dream.

“No look, we definitely surpassed our expectations last year (in making an All-Ireland quarter-final) but at the end of the day... Kerry were the only team to beat us in championship last year, twice.

“That’s the thing we’ll be hoping to make right this year and our standard now is a quarter-final, that’s our belief. Once you get a taste of it, you think that’s the bar for us, that’s where we want to be every year.

“That’s what we’re looking it, whatever way it takes. We want to be back up in Croke Park come August again.”