At first Jack McCaffrey treats it like some dirty confession, but then he owns it. He’s a nerd, simple as. Take it or leave it. Dragons, magic, superheroes, a galaxy far far away: he loves it all. The conversation starts with Dublin football and what it takes, but takes a turn when the Clontarf man is asked about not wanting to be defined by his sport alone.

The UCD medical student spent last summer working with GOAL in Ethiopia, before taking in Kenya, Zambia, Malawi and Tanzania on his way home. There’s more to life than a size-5 O’Neills and McCaffrey is conscious of wrapping up his whole identity in that.

“After a bit of soul searching, I decided to take the year off but yeah, it’s definitely something I’d be conscious of; trying to keep up interests,” he says, and pauses, before a little chuckle, “be it something as simple as comic book movies or fantasy books, or even just anything outside of football. Most people would have that, but there is more to life.”

Is that the kind of thing you’re into?

Again, he laughs: “Yeah, I’d be a nerdy kind of… I went to the cinema on my own last night because I wanted to go to this superhero movie that none of the lads wanted to see. Guardians of the Galaxy 2, a good watch, good craic. I’m a nerd to be honest.

“I wouldn’t really read comics but all the superhero movies, myself and a few of the lads would be big into. Star Wars is my big one. I loved ‘Rogue One’, I thought ‘The Force Awakens’ was very similar to ‘A New Hope’. But ‘Rogue One’, I was all over it, yeah.

“When I went away to Africa actually, I think ‘The Force Awakens’ was the only film I had on my computer for a couple of months, until I met a friend and transferred some stuff over. So I must have watched it 20 times. But that’s my nerdy side.”

Is that side of you also fed by video games?

“No, we never had a telly growing up in my house. No TV, so no Playstation by extension. It was fine at the time but now whenever I’m over at the lads’ houses playing FIFA, I just get whipped by everyone." 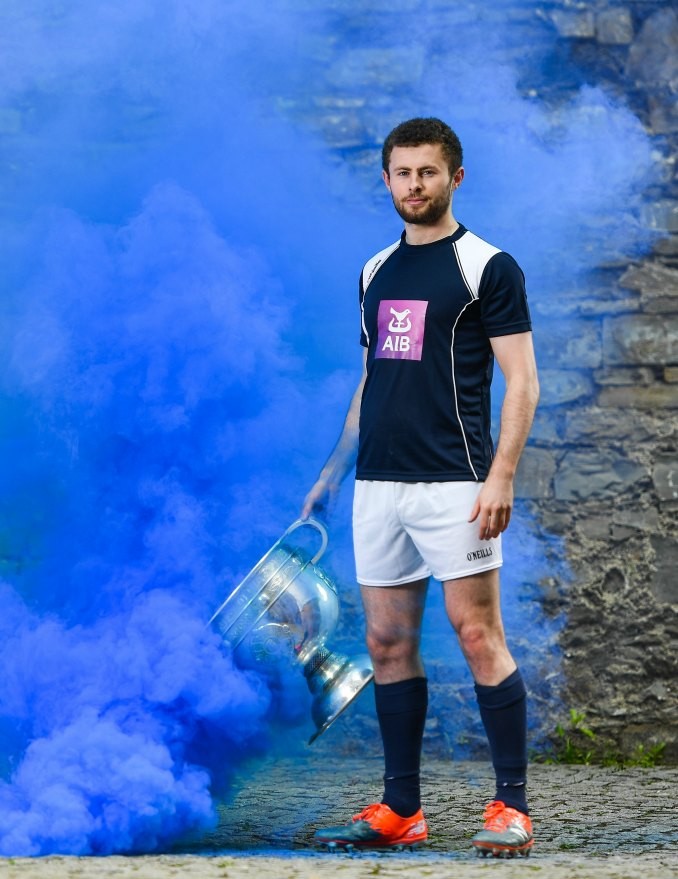 Why did you not have a TV?

“I don’t know what it was. I think I was about three, we had a TV but then we moved house. It never cropped up. We cheated a bit because we had a big Mac computer and you could watch stuff online but… myself and my two brothers and sisters, we all read a lot. We always had football as well, so it was just never really in the house for whatever reason.”

The conversation then leans towards literature and it’s a familiar theme for McCaffrey. He likes what he likes, and there’s a clique of friends who he trades suggestions with. Whether that be an old friend in New Zealand, or others closer to home.

“I try to read everything. My favourite book? Myself and Mick Fitz(simons) try to get ourselves to read different types of books but my favourite book would be… there’s a series of books called ‘The Eye Of The World’ which are very good.

“The stuff I like is Game of Thrones, Lord of the Rings, that type of stuff. I’ve often tried to read more serious books, and autobiographies, and self-help books and all that kind of stuff. But I always end up going back to dragons and magic and all that, so that’s what I still go for,” and he follows once more with a good chuckle.

“Rory O’Carroll is a great man to pop up and send me and Fitzy a text from New Zealand and says 'this is a good book, you should try it'. But I struggle to leave my comfort zone.”

Coming back from a year out, and missing the league final defeat to Kerry through injury, no doubt there’s huge motivation now for the 23-year-old. Just because he was Footballer of the Year a couple of seasons back doesn’t mean he can waltz right back into the team, even if the rest of the country assumes as much.

It’s Carlow in the Leinster quarter-final this Saturday, but the eyes are surely fixed on much bigger prizes. Leinster, Sam, and a three-in-a-row.

“What we’re looking for is consistent performance for the full 70 minutes throughout games all year, from the word go,” says McCaffrey.

“For myself, you just want to be a part of that for as much as possible on the pitch. You have to be willing to accept whatever role you end up having too. To be honest, just playing our best football and reaching our standards consistently.”

As for taking back the wing-back spot where John Small so revelled last season?

“Smally would be one of my good friends, we’ve been playing football together since we’re 13 so I was delighted. It’s great. Not that it would devalue it but it would be awful to think you could walk back into the team and stroll back into the position.

“This is a huge honour to play for your county and something you should have to bust your balls for. It’s been great, myself and John both ended up with niggles and injuries so we’ve been doing a lot of work together, and pushing each other on.

“There’s a bit of to and fro, slagging each other as well. That’s a really important thing in the Dublin set-up that there’s competition for places and I wouldn't have it any other way.”